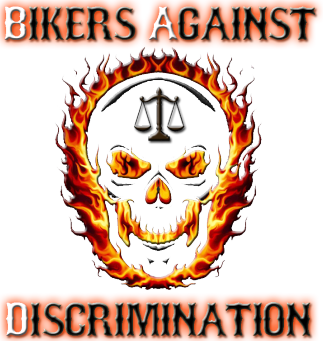 The post below, authored by VOP People, was originally posted to TheHeritageVoice.wordpress.com on March 06, 2014.

This post, and the efforts and collaboration outlined, is exactly what is needed to really bring about a positive change – people with similar goals connecting to make that happen. Much love to active with Bikers Against Discrimination, American Biker Culture Center and the new Documenting Unjust Police Abuse – NY Cop Block group, as well as our friends at FilmingCops.com.

If you’re a biker connect and get involved! Using innovative strategy, B.A.D.{Bikers Against Discrimination} and the American Biker Culture Center have joined forces with CopBlock.Org and FilmingCops.Com who have agreed to be available to ALL BIKERS AND MOTORCYCLISTS across the nation and abroad {who are being harassed by police and suffer police misconduct} as a data and film document-dispensary center LIVE online for public view.

Pete, of CopBlock.Org, said: “It’s great to connect and collaborate. More folks are waking up and standing on their principle…I think readers will be excited to learn of your efforts, some of whom hopefully get involved…” He will also receive all recordings submitted by bikers and motorcyclists which will be posted on their site, provide pamphlets and various resources at the site covering the DUPA-NYCopBlock project and will brain storm with us in the coming weeks to perfect the creative police accountability project . CopBlock.Org provides educational resources and instruction for filming corrupt police at their website.

Meanwhile, Jon, of FilmingCops.Com, has vowed to post all films documenting police corruption received from bikers and motorcyclists, has set up alerts to send notifications of any documented encounters between police and bikers to DUPA-NYCOPBlock and will be releasing a special page at their site in May, 2014 called “Filming Cops 101″, which will help educate the public and motorcyclists on your rights to film police and the “how to’s”.

The collaborative project,” D.U.P.A.-NYCopBlock“, is a centralized Facebook page, monitored by B.A.D. , that will give filming instruction and information to bikers on their rights to record police, as well as, networking resources for bikers and the public across the nation and abroad for reporting and posting unjust incidents with police.

“These two sites, in conjunction with DUPA-NYCopBlock and our B.A.D. seminars will provide an opportunity for the American Biker Culture to freely post and report pertinent law enforcement aggression and corruption against the biker culture. This massive strategy plan will provide us the kind of centralized data we need to defend our rights while enforcing accountability”, McGrath said. B.A.D. is planning seminar events throughout the State of New York in 2014 to help prepare bikers and motorcyclists in documenting unjust police aggression and corruption.

“The DUPA-NYCopBlock project makes it possible for ALL BIKERS and citizens who witness bikers and motorcyclists being harassed and denied their civil and constitutional rights to be able to immediately forward their tapes and video/audio evidence to the secure online archives of CopBlock.Org and FilmingCops.Com for immediate release and worldwide coverage in the same fashion as large scale news sources provide”, McGrath said. Upon notice of any biker submitted film release at either site a “B.A.D. Alert” logo will be posted on DUPA-NYCopBlock with the link and story on the specific news.

This would also provide lawyers, rights advocates, motorcycle clubs, biker groups and associations access to EVIDENCE of blanket bias, unjust profiling and discrimination against those in the biker culture by government agencies and law enforcement.

“With their principled format (nonviolent recording of police agency corruption in a non-cop-hating,professional manner while seeking law enforcement accountability and transparency), solidly established resources, mass amount of volunteers across the US and abroad and easy availability for those immediately needing to document and get the word out – Makes this a “WIN-WIN” power move in the defense of biker rights”, McGrath said.

CHECK OUT THEIR GOOGLE MAP WITH MASSIVE GROUPS ACROSS THE NATION AND ABROAD THAT WE ARE NOW PART OF IN THIS CREATIVE PROJECT! www.CopBlock.Org/groups

Please Join us in this project by “liking” DUPA-NYCopBlock on Facebook! We ALL share in defense of the same rights. ALL BIKER RIGHTS GROUPS and advocates across the nation and abroad are asked for their support in this important rights project. SPREAD THE WORD!

Both CopBlock.Org and FilmingCops.Com will be credited in coverage on this collaborative rights project in the upcoming 2014 release of the local film documentary: “The American Biker Culture”, featuring a raw look at the actual unjust profiling, bias and discrimination against bikers and motorcyclists – produced by Harold Bryant and Hank McGrath.  The documentary gives a honest view into the life of bikers, motorcyclists, their families and friends – contrary to what government agencies and big media attempt to wrongfully portray to the public for sensationalism = ratings!

Both will also assist in promoting the film documentary when it is released. A preview of which is below:

“Crowdfunding” will be implemented to commence with the D.U.P.A. seminars and the completion of the film documentary.
B.A.D. and the American Biker Culture Center asks All CITIZENS , all CopBlock.org groups/volunteers and all FilmingCops.com volunteers across the nation and abroad to be proactive in filming any/all events of police misconduct against bikers and motorcyclists and to help in the defense of biker rights (the right to live within that culture, of no harm to anyone) – deserving the same freedom’s and liberties as any other citizen – WITHOUT unjust profiling, bias, discrimination and corruption against the culture.

**IF YOU would like to volunteer with the DUPA-NYCopBlock project or D.U.P.A. seminars send us an email of interest to: BadBikerRights@yahoo.com or contact us on Facebook.