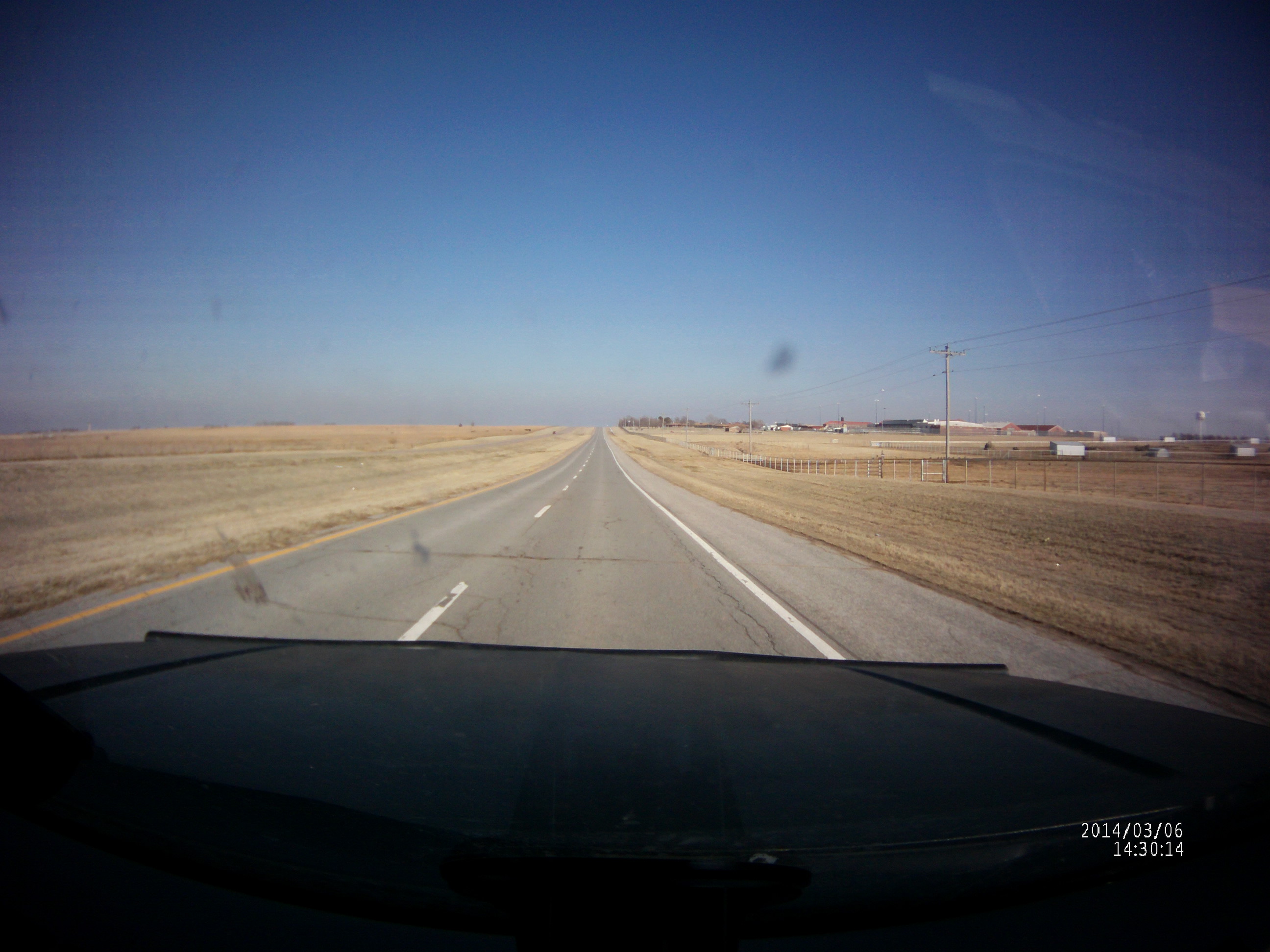 I just rolled into Arkansas from Oklahoma. My time in the latter was productive and fulfilling, spent largely focused on three stories that each involve the death of an individual at the hands of others who wear badges:

Stay tuned for more polished pieces about each situation. In the meantime, feel free to do your own research into these or other instances that don’t strike you as just. Buying into whatever scenario is peddled or remaining silent when our gut tells us something may be amiss, doesn’t bode well for justice.

Yesterday morning I stopped by the FBI’s office in OKC at 3301 West Memorial Road to submit a FOIA request to obtain all content related to the death of Mr. Yeakey.

Since that stream unfortunately cut out after two-minutes, I gave a recap of the exchange when leaving the property. (The whole exchange was captured on my JVC Everio, excerpts from which will be included on an upcoming video.)

Here’s the page on the FBI website about submitting FOIA requests: http://www.fbi.gov/foia/requesting-fbi-records I plan to make that happen in the very near future.

The day prior, Wednesday, I stopped by the OKC PD facility at 701 Colcord Dr., to submit a FOIA request to obtain any and all content related to the death and resulting investigation of Mr. Yeakey’s demise. Yeakey was an OKC PD employee, and was the first on the scene of the Murrah bombing on April 19th, 1995.

I also asked if anyone currently employed at OKC PD was working back in 1996 when Yeakey was killed, and was told that the current chief, Bill Citty, had been. I called his office (405.297.1100) and was told that he was busy all day but that my contact info and request would be passed along to him. Thus far I’ve yet to hear back.

I also captured some broll around 620 N. Harvey Ave. – the address for the Murrah building memorial. And that evening I met with some of Yeakey’s blood kin.

On Wednesday morning I stopped by the Oklahoma Department of Wildlife Conservation office at 1801 N. Lincoln Blvd. to see if anyone would comment about the actions of Tyler Howser and Chad Strand related to the death of Mr. Rogriguez.

At first I was told to wait in the lobby and someone would come to talk with me but then David Deckard, the operations manager of that outfit, told me that they (his colleagues) opted not to speak with me. At one point Deckard told me, “you’re not legitimate media” and thus the information sought on my FOIA – complaints filed against and disciplinary action taken against Howser and Strand – wouldn’t be provided, though he did take the FOIA request so we’ll see…

Prior to that I stopped by the Moore police outfit at 224 S. Chestnut to hear if anyone would comment about the involvement of their colleagues Ryan Minard, Joseph Bradley, and Brian Clarkston in the death of Mr. Rodriguez.

After approaching the Records window I had a short conversation with James Fagans and his colleague, who basically told me that they couldn’t comment as the incident was still being investigated. They did confirm that those involved are still suspended (with pay).

I submitted a FOIA request (in Oklahoma called an Open Records Request) and was told it’d be forwarded to K.O. Williams, the assistant city attorney, who handles all such requests.

I stopped by the Warren Theater – the location of Mr. Rodriguez’s death – and captured some broll in the morning.

With my videocamera I noted the specific locations of surveillance cameras on site – the content they may have captured has been turned over to Oklahoma State Bureau of Investigations (OSBI) personnel, who are heading-up the investigation.

Since the video clip of the incident captured by Nair Rodriguez doesn’t show the full interaction, the footage captured by the theater’s own surveillance cameras will likely prove instrumental.

The night before I stopped by the theater and captured some broll and was told by a manager of the Warren Theater that he and his colleagues could not comment on the incident. Before that I rolled through El Reno and captured some broll of the area where Yeakey’s body was found – about two miles west of the FCI installation just outside of town. I also stopped by the El Reno police outfit and the Canadian County Sheriff’s outfit, as employees from both were at the scene around Yeakey’s body for an hour before FBI employees arrived and took over. Folks at both location were polite, especially at the latter.

When working from a Starbucks in Yukon, just east, I spoke with a police employee who noted that he too – as someone who lost two family members in the bombing – questioned the “official” version of events. The fact that that view isn’t just held, but was communicated, speaks volumes about the cover-up that was enacted.

I have submitted an Open Records Request to El Reno police and inquired at both if anyone was on staff who was working at the time when Yeakey’s body was found (almost 20-years ago). I’ve encouraged those who were to reach out to me if they have any thoughts or comments to share.

On March 6th I stopped by the Custer County Sheriff’s Office facility in Arapaho – where Mah-hi-vist’s killers work – and was stonewalled. After that exchange shown above, I again approached the window 30-minutes later and was again told “Not today” multiple times by the unnamed employee, which happened a third time 25-minutes later. I then spent some time outside, collecting broll of the facility and trying to engage employees as they walked from their vehicle to the facility, but was met only by silence.

Apparently though, sheriff Bruce J Peoples – who hasn’t been shy peddling his version of events to area media – was in the facility as his vehicle was outside. I left a note and encouraged him to contact me.

To see all those exchanges go to http://bambuser.com/channel/copblock and look at the content titled “Jaunt 24 Arapaho OK”

To see related content from those at the Cheyenne and Arapaho Tribal Tribune see this story that starts on page two.

If you have a moment please call Dennis Smith, Custer County DA, and tell him to hold accountable the killers of Mah-hi-vist: 580-323-3232

On March 5th I stopped by the Oklahoma State Highway – Troop H facility in Clinton, where some present at the killing of Mah-hi-vist work. There, their colleague Neidy at least entertained my questions though he didn’t offer too much in the way of a response except to say that it was still being investigated. He did note though, that those in his outfit are equipped with audio recording devices on their person and dash cams in their vehicles. That content – Neidy stated – would have been preserved if requested by investigators (OSBI personnel).

When working from a McDonald’s in Clinton before I met with Melissa and Wilbur, Mah-hi-vists’ parents, a woman told me that they are very respected in the community. That sentiment was echoed by the many people I’ve since crossed-paths with in the area and from my own personal experience. My interaction with them when collecting content for this video, and later at a Native American Church ceremony, made an impact. I have nothing but respect and love for them and those in their sphere.

When editing these Justice For Mah-hi-vist videos I was in nearby Yukon, OK, where I  interacted with a number of police employees who worked for different police outfits. When they learned that I was digging into the killing of Mah-hi-vist they definitely weren’t flippant but were understanding of the desire to get attention on this situation.