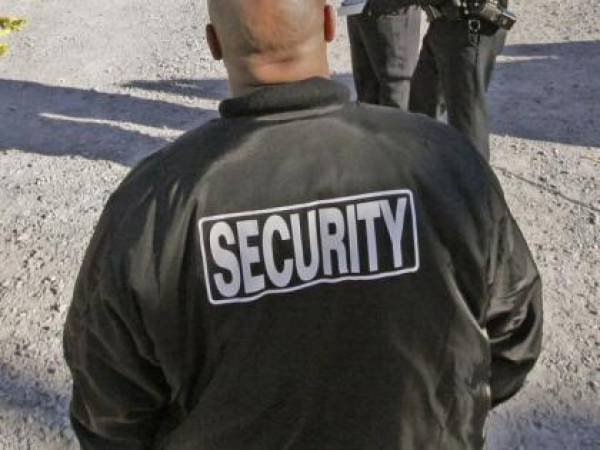 Every time I or another Cop Block contributor mentions private protection services as a free market alternative to the abusive police monopoly we now have to endure, the same misconceptions or concerns inevitably turn up in the comments section.  Here is my answer to two of the concerns most often brought up.

I have never had a conversation about private protection services without the other person quickly bringing up Blackwater.  I think the biggest reason for the association is a misunderstanding of what a free-market anarchist means by the word private.  I will start by stating what a private company is NOT.  It is not a company that is funded by force through taxation.  It is not a company that has been granted a monopoly over a particular service by the government, and it is not a company that has been granted special legal protections against liability. 90% of Blackwater’s revenue comes from government contracts paid for with stolen money.  Blackwater’s “customer” is not only spending money that is stolen from you and me, but they are spending it on something very few people would actually fund voluntarily.  Would you personally hire Blackwater to kill people in Iraq?  Blackwater is essentially the same type of institution as your local police.  They are both funded through force and perform “services” that few that are forced to pay for those “services” want or need.  Blackwater is NOT what I am talking about when I discuss private protection services.

So, to be clear, I am not advocating a system where a municipality uses stolen money to hire the lowest bidder and then grants them the same immunities and privileges that the police now enjoy.  When I speak of a private company providing protection services, I am talking about a company that competes among other companies to attract individual customers.  Companies could package different services then sell them to willing customers.  Maybe you feel comfortable with providing your your own security, so you would only be interested in paying a company to investigate a crime that you were a victim of after the fact.  In reality, even now, you really are your own best security.  A private company no doubt would have better response times, but even they cannot be everywhere.  Nevertheless, maybe you don’t feel comfortable protecting yourself so you would be willing to pay more for a company that promised to respond to any panic calls within a certain amount of time – a promise they would be liable for if they broke, unlike your local police.

The serious crime that you are most likely to become a victim of is home burglary.  ADT, Brinks, and numerous smaller security companies already compete to provide home owners and businesses monitored security systems.  Of course without the monopoly police we now have, these companies would most likely couple that monitoring with teams of security personnel who respond to the tripped alarms.  Do you think the private security personnel who responds will give you better service than your local monopoly police?  Do you think the investigative arm of the company would do a better job of finding the perpetrator and your property?  Maybe they won’t, but then you are free to fire them, spread the word far and wide that that particular company sucks and find someone that will.

The fact is that I can only speculate what the business model of a private protection service would look like and how it would function.  I do not need to know every last detail of its workings to think it could provide the service people would want.  I have no knowledge of my favorite grocery store’s business model, but I know that I want Gala apples and they always have Gala apples at a price that I find reasonable.  If we can trust the market to provide something so essential to life as food, why is it so unfathomable to many people that the market can provide us security and apprehension of criminals?

What about the poor?

If people are going to be responsible for purchasing their own protection services from competing protection companies, then there is the chance some will not be able to afford those services.  But, there is no reason to believe they will be left without any protection at all. In fact, it is likely they will benefit from more protection than they receive now.  How well do you think the poor are served now under monopoly policing?

The clearance rates for violent crimes and property crimes by the police of today are remarkably low.  The police are pretty bad at actually getting criminals off of the streets.  Private protection companies’ profits would depend on them being good at catching criminals.  Their incentives for having high clearance rates would push them to not just show up after the fact and take a report, but to actually solve the crime.  The higher clearance rates would make communities safer even for those that could not afford to pay for their own protection services.  The best crime prevention is catching those who commit crimes, then holding them responsible for misdeeds.  High clearance rates would make the incentives for becoming a criminal in the first place much lower and would make continuing to be a criminal unprofitable.

Of course, the poor would be best served by a completely free market justice system, based on restitution.  As Brad Spangler has explained here before in the comment section, “in a completely free market legal system, a claim for restitution would be an account receivable and therefore marketable in exactly the same manner bad debts are traded among bill collection companies today.”  Essentially, if you could not afford to hire someone to investigate and apprehend the perpetrator yourself, you could sell your claim to a company that specialized in that area.

We also cannot forget how our current police state contributes to perpetuating poverty. The fact is that the poor are often victims of state-sanctioned criminals in blue and their victimization contributes to their poverty.  Single parenthood is a leading contributing factor to poverty.  How many fathers have been caged because of the War on Drugs, leaving them unable to prevent their children and their children’s mothers from becoming the very poor you think will not be protected if we unravel the current monopoly policing. As Robert Higgs pointed out in 2002, “government police and prosecutors, unlike private protective personnel, also busy themselves in committing crimes rather than in preventing them.  When government agents arrest and prosecute people for actions that those persons have every just right to undertake—from smoking pot to gambling to trafficking in sexual services to selling unlicensed services or ‘unapproved’ medicines—those government functionaries act not as protectors of the public but as agents of naked tyranny…”

Even without a completely free market justice system based on restitution and saturated with competing courts, it is highly unlikely the War on Drugs or any other War on (insert victimless crime here) would continue without monopoly policing.  How many people do you think would voluntarily fund such futile wars?

You do not have to look very hard to find examples of the marketplace providing security.  My bank, my place of employment, the local shopping center, and even several neighborhoods in my hometown all have private security.  Anthony Gregory recently pointed out in a an article on LewRockwell.com that the American people already spend more on private security than we do on police.

Private security is already a greater bulwark against violent and property crime than many people realize. As of 1997, according to the Economist (as cited by Robert Higgs):

“There are three times as many private policemen as public ones…. Americans also spend a lot more on private security (about $90 billion a year) than they do, through tax dollars, on the public police ($40 billion). Even the government itself spends more hiring private guards than it does paying for police forces.”

For a decade and a half, we have had three times as many private guards as public ones, yet it is an oddity indeed to hear about their abuses, unlike those of the police that make the papers every day – and that’s just counting reported offenses. It should be no wonder. As market actors, private security guards are generally heroic defenders of property, commerce and life, and are liable for the wrong they do, unlike the state’s armed agents, who work for an institution of monopoly, theft, kidnapping, rape rooms and murder.

Can we really survive without government police? When we consider how much they do to disrupt civil society, it would seem obvious that we can. The police, on balance, are a force for decivilization and disorder. They commit massive violations of person and property. They enforce gun and drug laws that basically create organized crime and breed gang activity. Most of what they do encourages, rather than diminishes, violence. Despite all this, America remains a fairly civilized place. If we survived this long with the police, just imagine how much better off we’d be without them.

Imagine how much better indeed.