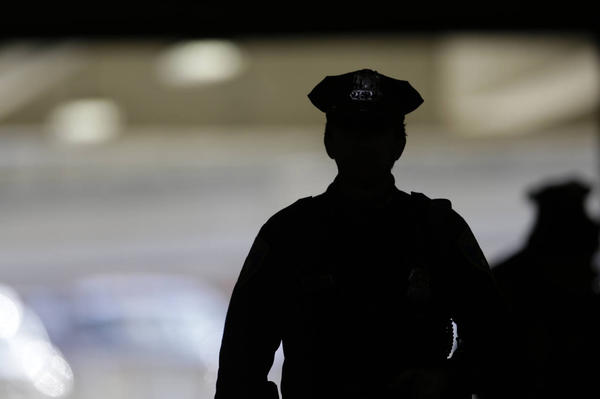 WHEN THINGS WORK
By: BewareMouse

Coming home tonight, I noticed a County Sheriff two doors down from my front door. I had some groceries that I had bought, so I opened the door, set them inside, and got my backup camera then sat on the steps of my front door.

I hear those all too familiar words, “Why wont you open the door, do you have something to hide?” I sat quietly and just took the scene in. I didn’t start my camera as the officer was less then 30′ away and I didn’t see anything wrong at the time. The voices from the door I could not hear, but from the officers reactions and questions I could tell the occupants were indeed informed and they were within their rights.

As I sat there, many of the intrusions we have all seen played out in my head. As the officer rotated through, “Is there anything to hide?” to, “Do you have weapons or something in there?” I began to mentally count how much money I had in my pocket just in case I would need bail.

The officer went on asking who a truck belonged to and if the driver had a license. There was no response to this repeated question, now four times running. The officer then asked who he was speaking to and was given a name and birth date from the closed door. The officer withdrew a small note book and jotted the name and birth date down. Putting the notebook back in his pocket, he explained that the truck that was parked in the small turn-around would need to be moved soon and if a firetruck or emergency vehicle required to turn around there, he would have it towed away. I then saw the truck where it was parked and realized that not only would the truck need to be towed away to make room for a firetruck, but also part of a building would need to be removed to allow room for such a large vehicle to turn around in the small loop.

This took me by surprise, that someone was expected to try to pull that far in and try to turn around in the width of a flag pole marker and get out as well. It surprised me even more when the officers giving warning abandoned the inquiry at the door, went to his car and began to drive away without having called for a SWAT unit.

It should be noted to the officers benefit that he did not notice me until he turned to leave. I was so impressed by this behavior that I did something nobody with any common sense would do. I walked right up to him and told him I was happy to see him following the law and not pushing the issue over a legally parked, but somewhat in the way, vehicle.

He once again surprised me by stating that he is cautious not to violate people’s rights, but by not answering the door as expected, he was worried about the temporary month-to-month housing here and that it may have been being used by drug dealers. He followed that the people he had questioned were simply following their rights and after he was convinced that is all they were doing, just let them know to re-park the truck and he was going on his way.

He then completely stole my glory by explaining to me that so many things have turned up on YouTube and other sites that the police have taken notice and at least in the St Louis County Sheriff’s department, the officers are appalled by their fellow enforcers and have been encouraged to others in line.

He then rolled up his window and left me standing there with my mouth open not having any idea what to say in return.

I went in the house right away, turned off the TV and my desktop computer that has the all-too-convenient access to the internet, popped open my laptop and sat down to write this story.

It is all too often that we grandstand for something not done right. We will pour into the streets, placards in hand, and pull attention to the smallest infraction committed by an official. But this was noteworthy, as the Sheriff was following the laws and policies that seem to contradict themselves and found a way to make both work without infringing upon the rights of the people.

It struck me after seeing so many things that keep going wrong to ask, “What has changed?” The answer is simple. The police live in this town as well and have children that are growing up and they will have to deal with the next generation of police to come. The simple answer is the police are becoming informed and taking action themselves as to again protect the rights of people, knowing it is their rights they are protecting as well.

In the turmoil of comments and cat calling that may be associated with site like CopBlock.org or YouTube.com, something has risen above the commotion and has made a very real change that upholding rights can make. The wisdom of the founding fathers and those who followed, passing legislation furthering rights and criminalizing those who violate rights is being realized and is becoming a positive force for action that now can be realistically taken.

By informing the police of the laws, (ignored by legislators while passing “feel good” legislation) the police themselves are adjusting to the confusion and making a difference themselves. But giving in now or giving up, and not placing pressure on our representatives now would just plunge us back 60 years and a neo-nazi existence will be realized once again.

By taking the right kind of actions, seemingly overwhelming torrent of laws and false legislation can be overturned by educating those who have the duties to somehow uphold them. Second amendment anti-gun legislation will not be enforced if it violates the principles of the constitution. Illegal stop and ID check points will not have anyone willing to carry them out and threaten law abiding people with by threat of force or arrest. Without willing participants, the illegal legislation goes in the trash where it belongs.

But what of those like in Tennessee, that willingly set up an ID checkpoint demanding nothing but ID to pass? Suspicionless searches and demands need to be stopped in their tracks so as not to allow those creating these illegal checkpoints any room for doubt and will not be tolerated.

One way to do this and make it stick is by “Formal Notice.” Once it can be shown that they are acting illegally, this can be brought to court. If they continue the action, they are willingly and knowingly breaking the laws and loose their “Implied Immunity” and become subject to criminal prosecution.

The easiest way to do this is by certified mail. By simply making a copy of the law and mailing this certified mail to the chain of command, they are then notified what the law is and they become liable for their actions.

A good example would be to mail the Sheriff of the county in Tennessee that has performed these “Drivers License Check Points.” After being notified of the law, if they continue to make this type of checkpoint to have been deemed illegal, it would bind them to follow the very laws they claim to be upholding. It is not an easy conflict to rectify during the operation of the check point itself.

In addition, if the check point of this type is not then closed, each officer participating in the checkpoint is now acting criminally and subject to arrest by a federal marshal.

I suggest calling a federal marshal if you discover illegal check points and letting them know, quoting the law over the phone with your report. They are duty bound to uphold the constitutional rights of the people and must taken action or at the very least make a proper report of the illegal activity. Without a public complaint, they can do nothing, nor will they.

To continue to simply depend on the public forum and hope for the best is not enough to complete the change back to a free country. To make it known and report these things to responsible officers, sheriffs and marshals gives them a chance to take the next step and enforce the laws we already have in place to protect us from corruption and remove those corrupt persons from our ranks and government.

So take notes, video evidence and REPORT the activity to the proper authority that can and must investigate the activities. Otherwise, we are just complaining to each other and accomplishing nothing.

18USC241 Deprivation of Rights Under Color of Law

18USC1001 (a) Except as otherwise provided in this section, whoever, in any matter within the jurisdiction of the executive, legislative, or judicial branch of the Government of the United States, knowingly and willfully – (1) falsifies, conceals, or covers up by any trick, scheme, or device a material fact.

A trick or scheme easily covers a suspicion less drivers license check point if a act by the legislation is the quoted directive to perform one, violates the constitution and therefore is invalid and illegal to enact.

“Personal liberty largely consists of the Right of locomotion — to go where and when one pleases — only so far restrained as the Rights of others may make it necessary for the welfare of all other citizens. The Right of the Citizen to travel upon the public highways and to transport his property thereon, by horse drawn carriage, wagon, or automobile, is not a mere privilege which may be permitted or prohibited at will, but the common Right which he has under his Right to life, liberty, and the pursuit of happiness. Under this Constitutional guarantee one may, therefore, under normal conditions, travel at his inclination along the public highways or in public places, and while conducting himself in an orderly and decent manner, neither interfering with nor disturbing another’s Rights, he will be protected, not only in his person, but in his safe conduct.”
II Am.Jur. (1st) Constitutional Law, Sect.329, p.1135

“Personal liberty — consists of the power of locomotion, of changing situations, of removing one’s person to whatever place one’s inclination may direct, without imprisonment or restraint unless by due process of law.”
Bovier’s Law Dictionary, 1914 ed., Black’s Law Dictionary, 5th ed.;
Blackstone’s Commentary 134;
Hare, Constitution, Pg. 777

“Where rights secured by the Constitution are involved, there can be no rule making or legislation which would abrogate them.”
Miranda vs. Arizona, 384 US 436, 491
and …
“The claim and exercise of a constitutional Right cannot be converted into a crime.”
Miller vs. U.S., 230 F. 486, 489
and …
“There can be no sanction or penalty imposed upon one because of this exercise of constitutional Rights.”
Snerer vs. Cullen, 481 F. 946

“The Right to Travel by private conveyance for private purposes upon the Common way can not be infringed. No license or permission is required for travel, when such travel is not for the purpose of Commercial profit of gain on the open highways operating under license in commerce. The above named Common law citizen listed is not operating in commerce and as such is thereby exempted from the requirement of a license as such. Further the State, Republic of California, and all states are forbidden by law from converting a basic Right into a privilege, and requiring a License, and or a fee charged for the exercise of the basic Right.” Murdock v. Pennsylvania 319 U.S. 105