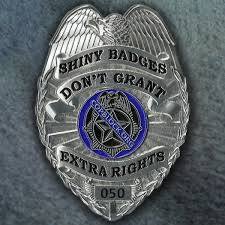 I was attending a family reunion/cracker barrel party with my wife on the 15000 block SW 16th St when I observed three Marion County Sheriff’s deputies arriving in front of a home and shining their spot light on the house. They then started pulling over vehicles arriving and asking the occupants if they were going to be drinking at this house or if there was going to be any illegal drug use. After observing the harassment by the officers for about 15-20 minutes, my wife and I made our way closer to the scene, making sure to remain on our family’s property and out of the way. The deputies were then taunting anyone who was on the property, telling them that they just wait and they were about to get everyone. The deputy observed me approximately twenty feet away from the property line. He then shined his light at me and said they were going to come on the property. I told the deputies that I am well aware of my rights and that they are not allowed on private property. This statement caused the deputies to get loud and act like local thugs.

They came running onto the property and grabbed me. I then asked what I was being detained for and the female officer said, “You are not being detained, you are being arrested.” I asked for what charge and she said, “Open house party.” I asked her what code that is and she repeated the phrase open house party. I said it was not my property, to which her response was, “It doesn’t matter.” She asked if I had anything in my pockets. I replied that I do not consent to any search or seizure and I would like a lawyer present for any further questioning. I asked for her name and badge number, but she ignored the request and asked my name. I told her I would like a lawyer present for any further questioning to which she said she was going to slam my face into the car. I complied and did not resist which can all be seen on video once it is recovered. After pushing me into the vehicle roughly, clearly trying to hit me against the car, she put me in the back of the vehicle. The officer then peaked her head in the front passenger door after opening it and made a comment to which I replied, “What is your name and badge number?” She said, “I don’t have to tell you anything if you don’t have to answer anything.” I said I am requesting a lawyer and would like no further questioning. She never at any point Mirandized me and kept attempting to interrogate me. I repeated the question, “What is your name and badge number and the department you work for?” She repeated, “I am not giving it to you.”

My wife, in the meantime, had been recording the entire incident from where I was originally standing on the property, about twenty feet back from the road. During my arrest, she had stepped across the road about 10 feet in front of the bumper of the police vehicle and about fifteen-twenty feet away from the deputies. The cop then told her that she couldn’t stand there, so she crossed back onto private property, about five-ten feet from the road, but well on the property. The female officer said that the camera doesn’t scare them and one of the deputies said she was interfering. She said she was not interfering and was recording for everyone’s safety. She asked for the deputy’s name and badge number as well as what I was being charged with. The officer arrested her at this point and charged her with resisting and obstructing on two separate charges. Multiple witnesses at this point observed the female officer taking the camera and saying she wouldn’t have anything if it was deleted. She then took the keys out of my wife’s hand and asked, “Are these yours?” When my wife didn’t respond, she said, “Guess not,” and chucked them across the yard into the crowd. The male officer had made his way to the vehicle I was in across the road about ten feet from where the vehicle containing my wife was. He opened the door and I told him that it was hot and I couldn’t breathe, because it was 75 degrees and they left me in a turned off vehicle with no air or open windows. He smirked at me and I asked for his name and badge number. He said, “You’re not getting it,” and slammed the door.

The two deputies, along with another deputy, then proceeded to stand by the window and light up what appeared to be Marlboro lights. The female officer and one of the male officers were smoking the cigarettes and laughing about what they could charge us with and that we should learn better than to fuck around with cops. The said that they didn’t have a wallet on me, but then stated my name while looking at my wallet which they found on my wife; they said they should just book me as John Doe to fuck with me. They made jokes about my wife and I for awhile. Thirty plus minutes went by while I was locked in the backseat sweating profusely. When the female officer got in the vehicle, she said, “Not feeling so tough now, are you?” I then repeated the question asking for her name and badge number. She responded, “I told you already, you are not going to get it.” I then asked for a supervisor on the scene. She refused. I said, “I would like a supervisor on the scene. I do not know who is arresting me nor what code or violation I have broken.” She said that I could speak to the supervisor when I got to the jail. I then informed her that I am part of OathKeepers and Marion County Cop Block and that I am well aware of Sheriff Blair’s policy on recording police – he encourages it – and to let him know the reason she is arresting me, because as soon as the video goes viral and I submit a formal complaint, she will be embarrassed to walk around her community with all of the bad coverage she’ll get for deciding that she no longer upholds the constitution that she swore to uphold. I told her that shiny badges do not give her rights above that oath. She then asked if I would like to speak to Sheriff Blair directly and if he would know what the Oath Keepers organization I am a part of was. I assured her he would and that we met at the Sheriff substation. She got nervous and stopped speaking.

When we got to the jail, I again asked for the names and badge numbers of the deputies. They again refused. They started asking questions again, and I again requested a lawyer, still never having been read my rights. They told the jail deputy that I wouldn’t answer questions and he proceeded to shove me into a wall and physically assault me while I made sure not to show any resistance; I am confident video evidence will reveal this as well. He then took me into a room off camera and proceeded to try to shove my arm out of socket backwards; He said, “There are no cameras here and I will break your fucking arm.” I told him he does not intimidate me and his shiny badge doesn’t make him superman. His partner had to stop him because he kept trying to lift my arm out of socket, which I will be getting medical treatment for today because it is now in a lot of pain and clicking. I showed no reaction which made him angry and he said he would smash my face and smear my blood over the wall. I again told him that his threats don’t intimidate me and again his partner stepped in. My wife and I bailed out a couple hours later with the help of a bail bondsman. The female deputy in the vehicle had said that the phone was going to be so wrapped up in evidence that we wouldn’t see it for years and laughed. The video is on the phone if she hasn’t deleted it. If she has, I am confident that it could be recovered. There are also other videos taken that I have posted on Marion County Cop Block Facebook page. Help me in letting people know that Marion County is not above the law and they can not violate rights based on the fact they do not like to be recorded or told they can’t enter private property. Bogus charges do not make what they do legal and we as Cop Blockers will not stand for this type of police brutality. Please write letters, send emails and make phone calls. Let’s let this county know they are not above the law.