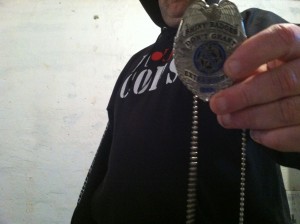 I just want to say thank you to our supporters. As you may or may not know, Pete Eyre was recently in Cleveland to spend some time with me to get to know what  I am working with around here. There is video up of our adventures in Parma, and soon there will be some of our time in Cleveland.

We had our second annual Cleveland meet up which Doug Brown of Cleveland scene magazine was invited to attend. If you do not know, what he wrote isn’t exactly flattering. To be fair to Scene magazine, there is an accompanying podcast that says a lot more about the situation than the article represents – although it’s easy to misconstrue the article if you do not have the podcast to back it up. I will post links to everything here, as transparency is our motto. Fuck with that, it’s our peril. The first thing I saw was the pictures. and man can that boy take pictures! He has the most beautiful camera! I am certainly jealous of it!!

Now I hadn’t seen the article yet, but I had noticed the line, “The obnoxious antics of the activists of Cop Block.” I thought, “Obnoxious antics? That don’t sound too good!” Then, I saw the high quality pictures and was kind of blown away. The cake looks beautiful, doesn’t it? But then I read the article!

I was shocked to say the least. I thought this man was out there to further the cause, not to do a hatchet job on us!

Freedom trolls? What does that mean? Then I thought about it a minute and a good friend of mine said, “FREEDOM TROLLS UNITE!” I thought, “HELL YEAH! WHERE MY FREEDOM TROLLS AT!?” It wasn’t until later in the day that I found and listened to the podcast where Doug Brown goes into the fact that SOME of us may be obnoxious, but it’s worse if we are not allowed to be out there at all, which I have to give credit for!

After hearing that, I thought maybe it’s not so bad. Pete certainly cheered me up by posting his video of us in Parma! Thanks for that buddy! Then, the capper! I awoke to see this journalistic tongue lashing from one magazine to another!

So, I’d like to thank Scene and Reason for the press! I’d like to thank personally and publicly Johnny Gold Attorney at law for the camera. Greater Cleveland Cop Block videos are about to get really good, really soon! And, as always, Cop Block, without whom I’d still cowering from bully police men.
Note: In response to Scene’s article, I’d like to point out that some of the facts are a little mixed up.

#1: Jacob went limp in response to a cop who was growing visibly frustrated with being filmed by 9 cameras at once! The cop grabbed at Jacob’s camera and he went limp. The cop then tried to grab for Aaron and he told him not to touch him. Jacob did not go limp as a response to being blinded by a light.

#2: I was not filming initially when the woman was hit or whatever. I saw nothing except a woman on the ground injured. I was directing traffic so the Cleveland idiots did not hit her, because they didn’t care there was someone in the street, all they knew is they wanted to make a left!

#3: The hose and buggy man knew EXACTLY why we were there and offered us free rides because of what we do, not because he thought we were out there to help the cops catch bad guys! He knew we were there to watch the cops. He said to me, “I appreciate you guys being down here. No one wants to come downtown to be beat by the cops!” Or words to that effect. I am looking for video of the horse and buggy guy to see if that exchange is on video. I wasn’t filming that at the time so I personally don’t have it on video but others were filming.

#4: I was not just arrested for carrying a concealed weapon. I had a pocket knife on me and this story is well documented here on Cop Block. I was arrested for making people aware of a checkpoint. It was my first Cop Block and I was alone! If I had a camera worth a shit on at the time, the outcome would have been VERY different. They wanted me out of their way and Officer Ogrady of the Parma Police Department used my pocket knife as an excuse to get me out of the way. My attitude stems from the fact that, that is NOT going to fucking happen again! I WILL NOT BE CAUGHT WITHOUT A CAMERA EVER AGAIN!

I will be putting together video of that night that will show some of these things for what they are!