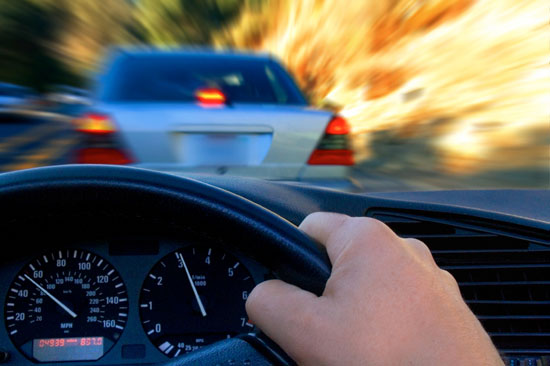 This is an incident that occurred last year that I forgot until I was going through my email of a letter I sent to the Hamilton County Sheriff’s Office, but never got a response.

Around 10:35 PM, I was traveling I-75 S a few miles north of I-74. In front of me was a PT Cruiser, a silver car, and a red Mustang in front; we had been in a row for about 5 miles. Once we passed construction, a police officer who had a vehicle pulled over finished and got onto the freeway behind me, just before the I-74 Exit. All five of us took the exit; the lane splits and turns into an exit only for Colerain Ave, so the silver car, the Mustang, and I got over in the left lane, leaving the officer and the PT Cruiser in the lane. Well, the PT cruiser put on his signal to take the exit and began getting over, and at that time the officer floored it and went around the PT through the right shoulder almost hitting the wall while the PT Cruiser swerved back over to avoid being sideswiped by the officer. Then the officer swerved over two lanes to the left and hit the brakes behind another car that came from the other side (I 75-N); the officer hit the brakes and got back over so he was behind the silver car. Being blocked in, he proceeded to pass the car in the right shoulder, almost hitting two orange barrels (construction zone) and causing people to swerve and slam brakes. He got back over and almost sideswiped the Mustang trying to get back in the left lane, causing the Mustang to almost hit the wall to the left, so the Mustang hit the gas to get away and then got over in the right lane. I thought the officer was drunk or something. Then, the cop got behind the Mustang and pulled him over right at the Montana Ave exit. I called 911 at 10:42 PM to report this reckless behavior and the officer inappropriately pulling someone over. After hearing my story, the lady at 911 said, “I don’t know what you want me to do about it.” I told her that I wanted to report reckless driving and purposely trying to cause an accident in order to pull someone over for no apparent reason…and she hung up on me.