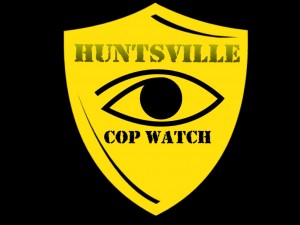 Earlier this week, an off duty Morgan County Deputy shot an unarmed fleeing suspect at a WalMart in Huntsville, Alabama. The suspect was allegedly wanted on a warrant for a probation violation. Upon seeing the suspect run, the deputy squared up and fired a shot, striking the suspect in the leg. This was confirmed by witnesses. The off duty deputy, whose name is not being released, claims his firearm accidentally discharged during the pursuit. Will this officer be held accountable for going against policy and firing on a fleeing unarmed suspect and putting citizens in way more danger than the suspect? Why are all LEO’s so anxious to fire their weapon and strike another? The following is the news report from WHNT.com.

HUNTSVILLE, Ala. (WHNT) – UPDATE: Morgan County Sheriff Ana Franklin says the man shot by one of her off-duty deputies at a Huntsville Wal-Mart Tuesday is David Horton.

The deputy’s name has not been released.

Sheriff Franklin says Horton was wanted for a no bond felony probation violation issued October 23, 2013, according to court records obtained by WHNT News 19. The warrant stems from a third degree assault charge.

Horton has been released from Huntsville Hospital and transported and booked into the Morgan County Jail, according to Sheriff Franklin.

A man was shot by an off-duty Morgan County Sheriff’s Deputy at the Wal-Mart on South Parkway Tuesday afternoon.

According to Huntsville Police Lieutenant Larry Childress, the off-duty deputy thought he recognized a suspect with active warrants against him in Morgan County while shopping at the Wal-Mart.

The deputy confronted the suspect inside the Wal-Mart, causing him to run from the building, away from the deputy. A shot was fired and the suspect was hit in the lower left leg, according to police.

When Huntsville Police arrived on the scene, the deputy told police his weapon accidentally discharged, hitting the man in the leg.

A witness on the scene told WHNT and Huntsville Police Investigators that the deputy stopped outside the store, squared up on the fleeing man and fired a shot.

The suspect was transported to the hospital.

Shoppers at the Wal-Mart were scared and shaken, but no one else was injured. Huntsville police are investigating the claims of the deputy and if the shot was accidentally discharged or not.

Morgan County Sheriff Ana Franklin said her command staff is en route to the scene and the investigation into the reported shooting is just beginning.

Sheriff Franklin says the Huntsville Police and The Alabama Bureau of Investigations is handling the case at the moment.

WHNT News 19 made several attempts to obtain the video surveillance from the Wal-Mart, but those requests have so far been denied because of the ongoing investigation.