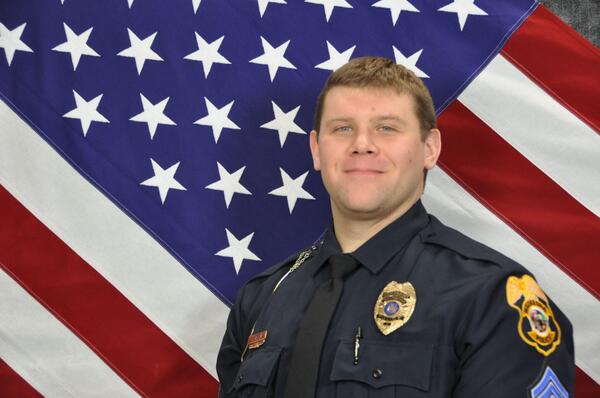 In the latest incident to come to light in what would generously be called an incompetent police department, Waukesha PD’s SWAT Sgt. Gregg Satula is accused of showing up at the home of his wife’s lover, armed and holding his holstered gun, threatening to kill the man and his own wife. The PD’s cover-up machine apparently took effect within minutes of a 911 hang up call and continues to this day.

According to an anonymous source familiar with the incident:

Gregg Satula showed up off duty at Todd Kraine’s (name changed) house to confront him about an affair with his (now ex) wife Waukesha PD officer Jessica Satula-Trucksa. Satula pulled his green Prius down the street from Todd’s house and Todd called 911.  He was startled by Satula approaching his house and hung up the 911 call. Satula then approached Todd’s front door while holding a holstered silver .38 special with approximately a 2″ barrel and a laser sight while yelling and demanding entry into the home. Todd grabbed his own 9mm for protection. Satula was yelling and stated something along the lines of, “I’m on the Tactical Team and I can put a bullet in your and my wife’s head.”

The 911 hang up call was plotted by cell tower to Todd’s address and WPD officer Michelle Enderle was dispatched. She saw (her current direct supervisor) Satula standing at the door and was told it was taken care of and not to include his name on the report. Enderle falsely entered info into the WI State CAD system stating she made no contact. Satula filed for divorce the next day.

Months later, Todd contacted Deputy Chief Dennis Angle to file a complaint about the incident by phone and requested documentation. Dennis Angle refused to document this incident as noted below.

Here’s the email exchange from 8 months after the incident after Todd tried to file a verbal complaint.

Dear Mr. Angle: I spoke with you about a month ago with my concerns over Sgt. Satula and officer Trucksa. I would like to get a copy of that report for my court case. Is this something I can procure via email or pick up in person at the station? Please advise.

Mr. Kraines, I did not leave a report based on our conversation.

Mr. Angle, I thought I stated that I wanted those incidents documented? Perhaps there was a misunderstanding?

There was no misunderstanding when I spoke to you. We spoke about the computer aided dispatch call (CAD) that documented your call to the police department. That document is attached to this e-mail. However I did not, nor plan to, draft any report documenting our conversation.

Now let’s just look at the individuals involved. I’ve personally had experience with Satula while I was trying to file a complaint against Officer Katrina Frey who illegally detained me for filming which was unsubstantiated. He is also apparently was a member of what I refer to as the “Beat and Delete” club which is a group of Waukesha cops involved in the deliberate destruction of a critical dash cam video showing excessive force. The group was admonished by Judge Stilling for deleting Officer Ryan Lafavor et al’s dash cam video of Mark Schroeder being beaten. She stated it was deleted in “Bad Faith.”  Obviously Satula’s in deep and under the assumption anything will fly.

Deputy Chief Dennis Angle is personally named in the above described “Beat and Delete” Federal Lawsuit pertaining to La Favor‘s beating. Angle once described to me how sometimes officers have to make up their best guess as to what happen then write it as fact on the report. As seen in the emails, he’s shameless and deliberate about his aversion to even document Todd’s complaint. Perhaps he’ll do a better job if he wins the lawsuit he and “eyes wide shut” Police Chief Russel Jack have filed against Waukesha. They claim they should both be paid more than their current rate of $14,000 per month.

Or perhaps Angle will get his act together now that Waukesha PD squads are equipped ALPR systems which, along with several area departments, boasts a database of over 7 million “stored plate reads” saving the GPS location, time of day, and photo of car/driver etcetera for at least 1 year. It’s likely also shared with the Milwaukee Federal “Fusion Center.”  The cited database covers around 250,000 drivers while only 6 million people live in WI. ALPR has been outlawed in NH and similar laws are working their way through other states’ legislatures.

Then there’s Officer Michelle Enderle. Her CAD (computer aided dispatch) entry was made about 2 minutes after arriving on scene at the 911 hang up call and her entry stated the party had left. She likely wanted to get out of the situation ASAP then lie on this state database which could probably land her in a jail cell. Enderle was also present for a not yet released conversation between her, Officer Darin Wittnebel, and Officer Jeremy Bousman in which Bousman is heard laughing, almost hysterically, about dumping evidence in the Kevin J. Noe case (marijuana plants) on Owens Drive which is a small road behind the PD in Waukesha. She’s also facing some other very serious allegations from another incident which I’ll go into detail about this summer.

Prior to publishing this story, I requested comment from Waukesha PD’s Public Information Officer Captain Ron Oremus regarding the allegations (as well as Satula and Angle.)

Here is his response: Your email has given us information that is contradictory to the information we received a year and a half ago about the situation involving Sergeant Satula and Todd Kraines. We will be investigating this new information.

I’m sure they’ll just ask Deputy Chief Dennis Angle to come up with a lie to support the existing lies.

On 8/13/12 (the day after the incident and the day he filed for divorce from Jessica Trucksa) Sgt. Satula sent this to Todd from his personal email which is gregg.satula@redacted.com:

I guess in some strange way I appreciate you taking the time to talk to me and explain your side. I don’t have any reason to believe you lied to me. You don’t have to fear me any more. I’m never going to stop by or call you again. I’m not going to check if she’s there. If for some reason you have a question for me, I’ll answer.Take whatever you want from this mess. I hope you don’t believe her lies anymore. And if you ever go after a married woman, pray that they have the self control that I do.

Apparently Gregg Satula feels that going to a man’s house with a gun (and invoking his official capacity as a SWAT Sergeant) and threatening a man’s life is self control. I tend to disagree.

Town of Brookfield WI Police Department sits just to the East of Waukesha and shares a jurisdictional border. TOB is 99.999% white and houses the upper middle class (along with hundreds of 1 million plus dollar homes) in suburban Milwaukee. TOB includes a 1/2  mile section of Moreland Boulevard  just west of the eastbound I-94 on ramp to the Brew City. It’s a great place for all cops near and far to tax “out of town-ers.” I refer to where my friend was stopped as “The Gauntlet, where black people come to learn about racial profiling.”

In February around quarter to 5, a personal friend of mine we’ll call J got off the bus on his way to work a 12 hour shift as an assistant manager at a local restaurant. It was still broad daylight and he was walking the half block from the bus stop when he was stopped by Field Training officer Steven G. Thompson and his apparent trainee (hired in Feb. of 14) Antonio Dominguez. Thompson demanded ID which was given under duress by my friend (and fellow cop-watcher) while he adamantly asserted that his rights were being violated. Thompson proceeded to unconstitutionally pat J down for weapons (drugs.) Nothing was located but of course Thompson had to make it look good on paper.

He fabricated an incident report which included the “you’re violating my rights” quote but stated he was given consent for both searches. He also reported that the area has a lot of vehicle break ins. The corner in question is overrun with cops from Town of Brookfield, Waukesha PD, and the Wisconsin State Patrol Milwaukee Outpost which is located 200 yards from the field interrogation. I asked police chief Chris Perket to provide some area crime stats to back  up the high crime area claim 5 days ago. He didn’t.

Thompson decided to toss one more lie on the official (probably sworn) incident report. He claimed J has prior convictions for burglary and trespass. This is false. You’d think he’d at least lie about stuff that couldn’t be dis-proven but perhaps his lies have gotten him through the past decade with such little resistance he no longer considers them.