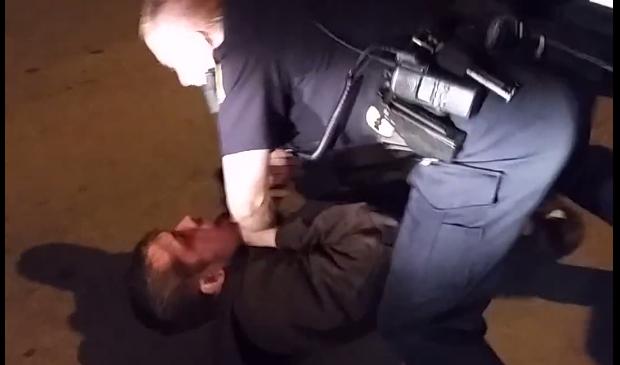 You recently posted about a rampant officer in my community. Since then, the GBPPA (Green Bay Professional Police Association) released an official statement blaming the community, society, etc. and painting the officer as the victim, stating they stand by him:

This association is the sole investigative arm of the Green Bay Police Department for internal matters, and each member is a local police officer.

These instances of police aggression against my community have become very frequent; another happened two days prior to the one in question, only it was a young woman who was beaten. The other officers confiscated the cell phones that had captured the beating, I am working on getting the surveillance footage from the business where it happened, which I will provide to Cop Block as soon as possible.

In the meantime, my community is in danger of losing an entirely winnable battle against an unchecked police department that is spiraling out of control. I have set up a petition to remove the officer, and I need your help:

Please spread this petition; I need as many signatures as possible. If we get an alarming number of signatures and they refuse to remove him against the order of the people, that will help me to establish a civilian/police oversight committee in my community and to do away with the corrupt GBPPA.