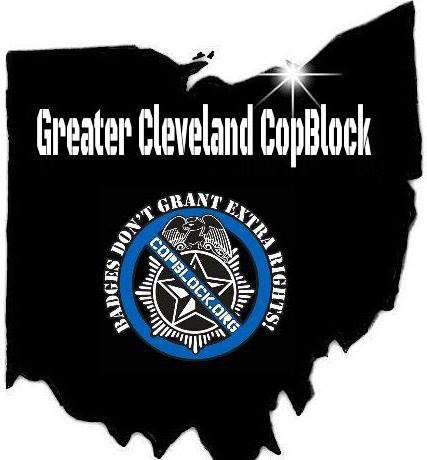 For those of you who have seen the Seven Hills video, this is Walton Hills. Only Independence separates these two towns, but their tactics in dealing with checkpoints are far more invasive!

They take down license plate numbers, and run them through computers. They claim it is because they have to track what they do. Funny, Seven Hills didn’t have that… “requirement.” Who told them they had to document every car that passed through?

In any case, they force you to show your driver’s license as well, claiming that if you are driving a car in Ohio, you are required to show it when asked – but doesn’t that violate the 4th amendment?

They are claiming you are committing the crime of driving without a license, without any probable cause. They claim that when you pull through their checkpoint, you are required to prove to them you have a driver’s license, but if you admit you do not have one, or whatever the case may be, aren’t you incriminating yourself against your 5th amendment right?

Aren’t we innocent until proven guilty in this country?? (That is a rhetorical question! I already know all the answers you all have to that question, so ship it, wise-asses!)

Anyway, this video will show the wide latitude in what a checkpoint means in Walton Hills as opposed to Seven Hills. It is a police state no matter how you slice it, so take a big, huge bite, Ohio! You asked for it!