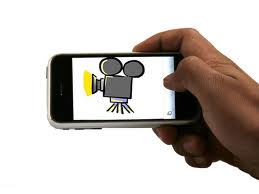 I have never made a post before, but I felt this was worth sharing.

I was driving home at night in Western Maine with five of my children when I was pulled over for having a taillight out. I knew the taillight was broken as my wife had just pointed it out to me about thirty minutes prior. After using his lights and sirens, I pulled over to a location that was off the main road. As I got my license and registration out, I reminded my children not to say anything and as always never talk to cops or answer any of their questions.

The cop approached, shining a light in my face, and asked for my license, registration, and proof of insurance. I handed over the documents without saying anything and then started recording with my iPhone. He told me why he stopped me and asked if I knew my taillight was out. I said nothing and kept recording.

He then shined his light into my car, shining the light on my children. He asked how old my daughter was who was sitting and buckled in the front seat. I said nothing and kept recording.

He said, “She doesn’t look old enough to be without a booster seat. How old is she?” I said nothing and kept recording.

He then asked me if I had unbuckled my seat belt or if it was on while driving. I said nothing and kept recording.

He kept trying to look through the tinted windows of my Suburban. I told my children to keep reading their books, and to not talk to the cop no matter what he said. They know the drill, as I have told them many times that cops are just bullies with badges and like to try and push people around.

The cop then went back to his cruiser and, after a while, came back up to the window and said he was giving me a warning for the taillight and not having a booster seat for my daughter who he felt was too young to be just wearing a seat belt. I said nothing and continued recording.

He asked me to confirm that I understood he was giving me a warning. I said nothing and continued recording.

Then, after just waiting there a while, he spun around and said in a huff, “You’re free to go.” I said nothing and continued recording. No ticket, no paperwork – nothing!

I told my children that this is a perfect example of why you NEVER talk to the police. Don’t try to explain your situation. Don’t try to make small talk. Say nothing. If you don’t give them something then they have nothing.