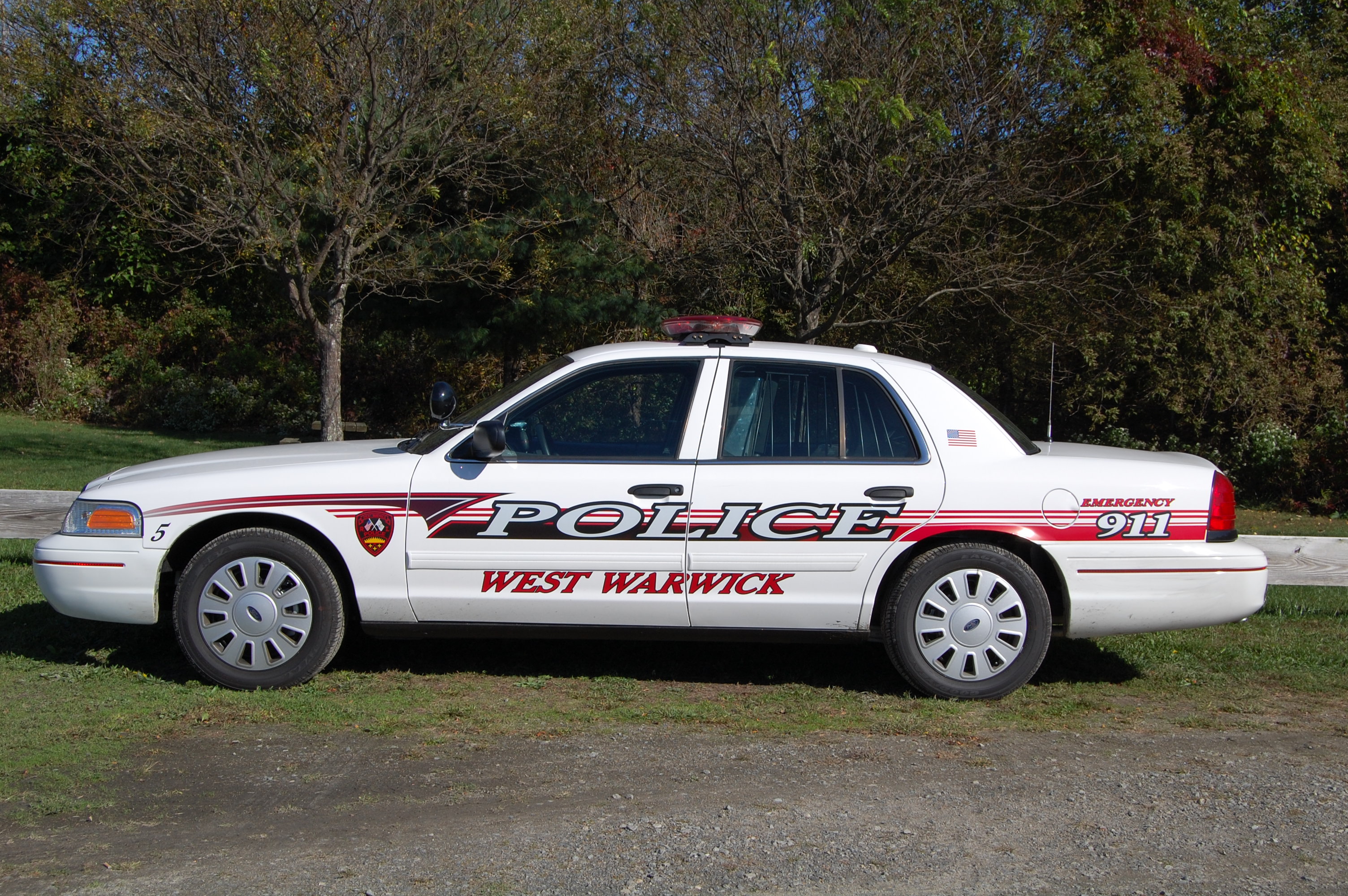 I was heading to a chemistry class exam when I pass an unmarked cruiser which was in the slow lane. The cop started to follow me, at which point I hit the record button on my phone because I hadn’t broken any laws (it was a traffic jam). He proceeded to pull me over smack dab in front of CCRI,  Warwick campus. I asked him why he pulled me over; he ignored me and asked for my license and registration and where I was heading. I answered him, “I have a strict chemistry teacher, and I cannot be late.”  While I was pulling out the registration, he noticed that my phone was recording. He immediately asked me to step out. I went to grab my phone and he told me I’d better leave it. I asked if I was being arrested, and he said no. I complied and stepped out.

Once I was outside the vehicle,  he asked me to place my hands behind my back. I asked him why he was detaining me, and he said because of aggravated driving. Sgt. Dale Drowne proceeded to stop my recording and confiscated my phone. He put me in his unmarked cruiser and radioed for backup. When the other officer showed up, Sgt Drowne directed the second officer to search my car. When Sgt Drowne came back in his car,  I asked him why they were searching my car. He said it is standard procedure when towing a car. The second officer completed the search and proceeded to call a towing company. Then, officer Drowne got back in his car and drove me to a residential neighborhood, where he staked out someone’s house. As soon as that person (his first name was Matt) came out with his mother,  officer Drowne and another officer, who came from behind the house, arrested Matt. Sgt Drowne placed Matt in the same cruiser as me. Sgt Drowne drove us back to CCRI,  took me and Matt out of his cruiser and put us in a marked cruiser.  I started asking Sgt Drowne why all this unusual procedure, at which point he told me to, “Shut up and quit whining.”

He and a couple other officers were talking behind the cruiser for about twenty minutes as Matt and I sat cramped in the back seat.  Finally, when the officer who drove the marked cruiser came back to drive us to the Warwick Police Dept, I expressed my frustration to him by telling him that the aggressive driving charge was BS as it was false and baseless. The officer then shook his head and told me that Dale Drowne was actually charging me with possession of marijuana! I broke down and started crying; I thought it was a bad dream! I thought this only happened in movies. I started complaining, telling him that I was going to internal affairs, while I was crying. When we got inside the police station two-door garage, officer Drowne was there waiting to receive us. He asked the officer who drove us what my problem was, and he told him that I was going to IA.  Drowne told him to process Matt and that he would take care  of me. After Matt was inside the station, Sgt Drowne told me to think about what I was saying, and left me cuffed in the back seat of the cruiser, alone in the garage, for fifteen minutes. When he came back, he asked how I would like to take it from there. I told him to just throw me in the cell and get it over with. I thought that would make him happy.

Instead, he took me to another room where he told me to undress so he could search me. After the search, he went on a rant about how wrong I was, how I was supposed to just shut up and listen,  and how my ‘attitude’ would determine my treatment. I nodded and just asked to be processed already. After I got bailed out, I went to grab a copy of the arrest report. Sgt Dale Drowne falsified facts on the police report. He wrote that when he pulled me over, the vehicle smelled of Marijuana, and that he spotted a half burning Marijuana cigarette in the ashtray. At the time, I had a 2005 Mitsubishi Galant. Anyone who has been inside one of these cars can attest that there is no ashtray in that car, and in fact there isn’t a possible spot in the car where I would have been able to leave a burning cigarette. He further noted that I had 11 grams of Marijuana, which I didn’t see, and according to the police department, the evidence was destroyed – before it even got to trial, all of it.

I went to file a complaint against Sgt Drowne. The supposed internal affairs officer said I could not file a complaint against Sgt Drowne because he was on military leave. The case ended up dismissed because the trial date was after the decriminalisation of Marijuana in RI. I will never be able to forget nor forgive for what happened to me. Something that I thought only happened in movies and third-world countries,  actually happened, and inside the smallest state of RI. I’m sharing this story to warn fellow Rhode Islanders of Sgt Dale Drowne and his PD. This is not a fictional story, and note that it isn’t dramatized. It’s just an arrest report from the other side of the blue line. Thank You Cop Block for raising awareness; sooner or later, every American will be following you and reporting their stories too, for many people don’t even know Cop Block exists!