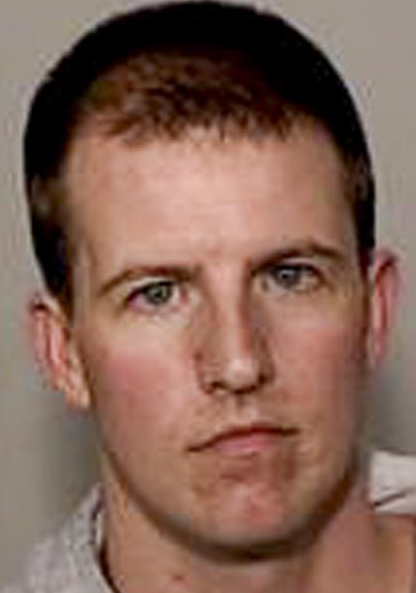 The write-up below was made to TheFreeThoughtProject.com on May 13, 2014 about the actions of Bradley Schnickel, a Minneapolis police employee who is claimed to have being in contact with over 700 middle- and high school girls through Facebook, some of whom he met, provided alcohol, and slept with.

Once ousted, Schnickel claimed that he was glad he was caught. His wife Jennifer even argued in legaland that he shouldn’t be caged. While the prosecutor sought over a decade in a cage, the person wearing the black robe said less than a tenth of that time is needed.

In the end, this demonstrates, yet again, the double standards affords to actors because they don a badge. I’m not saying a cage is proper recourse – I don’t believe it is, but the fact that those within the system go easier on their own is not surprising.

The “justice system” is a monopoly based on coercion. The incentive is not to foster accountability and transparency but to protect and grow its perceived legitimacy. Such instances will continue to happen until we each realize those criminals are not worth our allegiance and opt instead to live according to law, not legislation.

One previously sociable girl now keeps herself confined to her room. Another has been hospitalized four times for mental health struggles. A third said she’s lost trust in just about everyone she knows, according to the Grand Forks Herald.

Those are just a few of the ways that a man who was sworn to protect and serve has instead, preyed and destroyed. Those statements were read at the former Minneapolis police officer, Bradley Schnickel’s sentencing Monday.

One girl’s parents wrote that their 13-year-old daughter was pursued for more than a year by Schnickel, who repeatedly pressured her to send nude pictures and to meet him in person.

When Schnickel was caught and eventually charged with crimes involving more than a dozen underage girls in February 2013, the parents wrote that the girl blamed herself.

“She was so ashamed. … She was afraid she had disappointed us,” the statement read. “It broke our hearts.”

After hearing from the victims, as well as emotional statements by Schnickel, 33, and his wife about his remorse and ongoing rehabilitation efforts, District Judge James Cunningham sentenced the father of two to 30 months in prison.

The sentence is equally repugnant. After time served, this monster will only spend a little more than a year in prison for crimes that warrant much more time behind bars.

The sentence was significantly less than the nearly 12 years that Assistant Anoka County Attorney Paul Young argued was warranted for a man he described in court as a “person who attacks and preys on the vulnerable.”

The families of the victims were also frustrated seeing that DUI offenders often receive more time behind bars than this former cop.

Schnickel said in court Monday he was “disgusted at who (he) was” and apologized for his actions.

He called getting caught a “blessing.”

“I have deep remorse,” Schnickel said. “I live daily with the guilt and pain I caused so many people.”

Sure thing Schnickel, of course you are remorseful; not too mention, ecstatic that your former employment as a cop has granted you special privilege and you’ve escaped a decade behind bars for your horrific actions.

Schnickle became an “ex” Minneapolis police employee in February, 2014 when he was accused of soliciting involvement with multiple teens (via Star Tribune coverage Ex-Minneapolis cop admits to sex charges involving 5 teenage girls). Again, the legitimacy of the institutions are paramount. If you see through the illusion spun – that protection can ever come through coercion – the biggest, most unaccountable and most violent gangs will find it much more difficult to continue unabated.

Pretty telling too that another man who lived nearby – Keith Novak, who got caught-up in a manufactured-then-miraculously-stopped-by-heroic-FBI-employees schemes, will likely sit more time in a cage than Schnickle, despite the fact that Novak didn’t harm anyone while Schnickle caused multiple victims.

I’d guess that Schnickle never knew Michael W. Quinn, who previously worked at Minneapolis police and who authored Walking With the Devil, about maintaining ones’ integrity when working in that capacity.