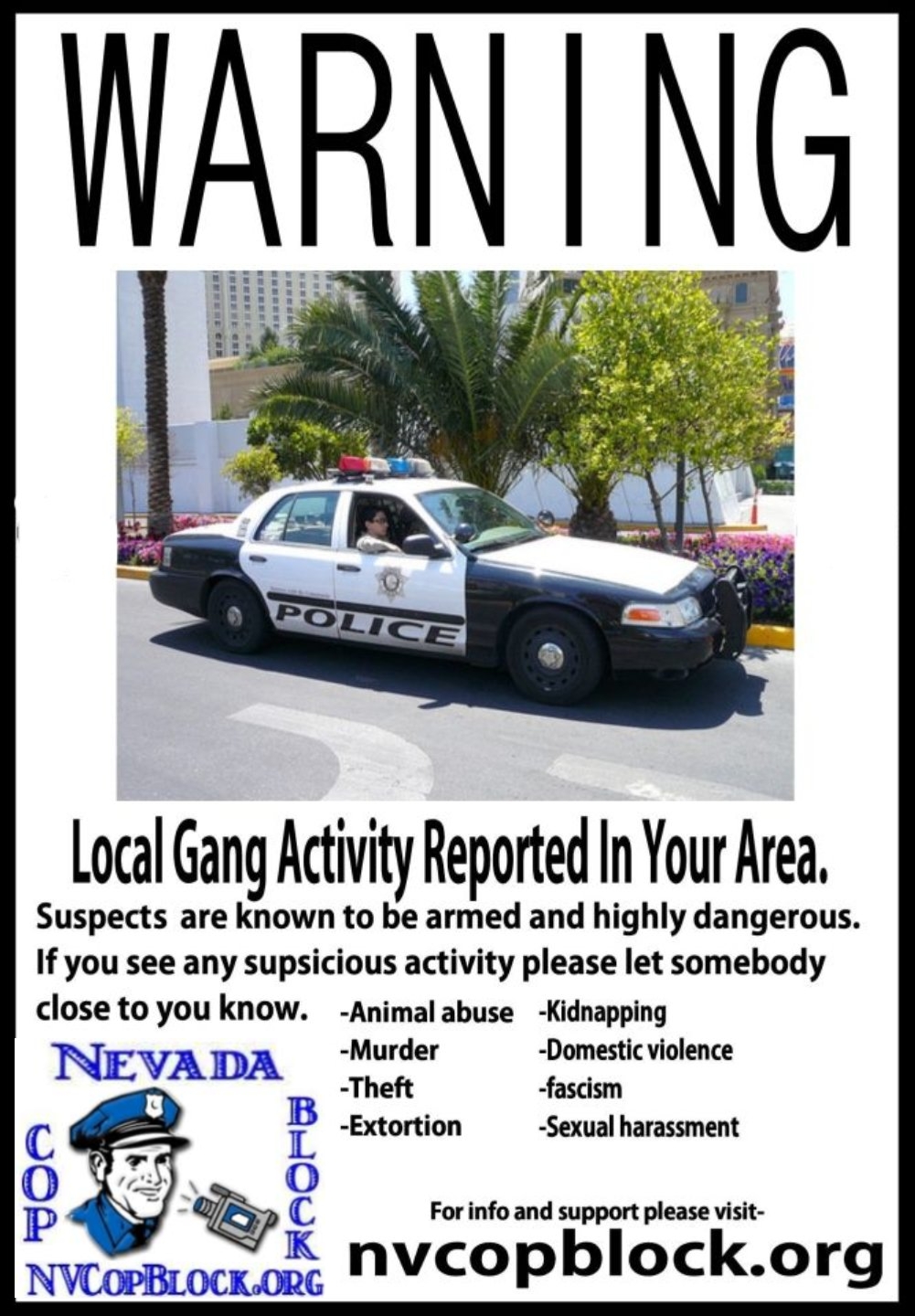 This was originally posted at NVCopBlock.org and written by Kelly W. Patterson of Nevada Cop Block.

Recently, I did an interview for an internet radio show on Block Talk Radio. The show is entitled “Non Partisan Liberty for All” and is hosted by Dave Bourne. While it can be heard everywhere (except most of China and sometimes parts of San Francisco) via the internets, it is based locally here in Las Vegas.

The main reason I came on was to discuss the article I had just posted about the suspicious events surrounding the hit and run incident I was involved in back in March and the chances that it was an intentional act committed in retaliation for my opposition to and exposure of the Las Vegas Metropolitan Department”s corruption and other crimes, including the murder of Stanley Gibson by Jesus Arevalo and complete lack of accountability for abuses committed against other local residents. In the process, we discussed my own history and how I originally got involved in activism.

Among other things, I spoke about how I evolved from someone who believed in the basic philosophy of Anarchism, but didn’t think of it as a viable, real world possibility into someone that believes in and advocates for an Anarchist society. I also discussed my personal history with the Las Vegas Anarchist Cafe and Charles (RadGeek) Johnson, my initial meetings with Cop Block founders Pete Eyre and Ademo Freeman and how the harassment of homeless people and peaceful activists that I witnessed while working with Food Not Bombs Las Vegas helped to shape my anti-police brutality based activism and ultimately the founding of Nevada Cop Block.

Another reason I came on was to announce Scott Crow‘s upcoming talk on Monday, May 19th, from 6 to 8 PM at Reclaimed Art Suppliez, which is located in Downtown Las Vegas, within the Arts district. Scott Crow, author of “Black Flags and Windmills” and one of the founders of the Common Ground Collective, is an excellent speaker and Anarchist organizer. His talk, entitled “What Me Worry? The Rise of the Surveillance State & What We Can Do About It” promises to be excellent and very relevant to Las Vegas activists.

Although Dave has only been doing this show for about a month (as of mid-May 2014), it’s a good show and he’s a great host. I’m looking forward to doing future appearances with the show and very much encourage Cop Block fans and others interested in liberty and freedom to tune in. In fact, you never know when other awesome Cop Block contributors, such as MO/KC Cop Block‘s (and Women of Cop Block, too) Janel Florez might put in an appearance or when Deo from Greater Cleveland Cop Block might call in to talk about awesome videos the crew out there in Ohio have made.

Listen to NVCopBlock.org’s Own Kelly W. Patterson on “Non Partisan Liberty For All”