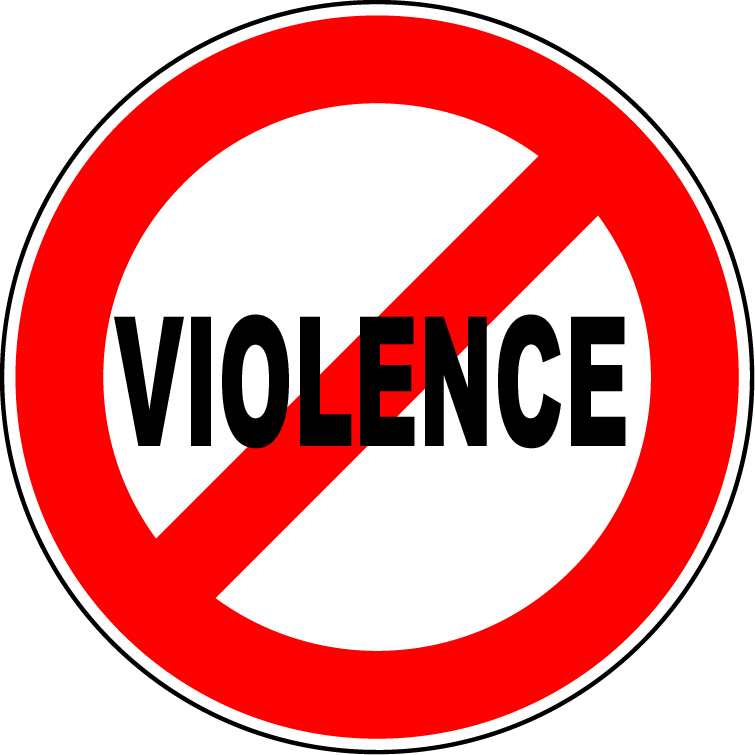 On November 11, 2013, we were utilizing our “safety plan” that we had set up with the Children’s Division in our county for our violent and aggressive adopted son. This “safety plan” was put in place because when our adopted son got upset about being asked to do normal everyday things, ie. homework, clean his room, turn off video games, etc., he became violent and aggressive towards us and our three younger children. He made very detailed threats of harm, was verbally abusive, and attempted at times to become physically aggressive. It should be noted that at this time he was thirteen, weighed one hundred and sixty pounds, and stood 5’9″ making him bigger than me and close in size to my husband. At this time, our other children were ages eleven, four, and two.

The “safety plan” we were implementing on the date of the incident was one that we were not very fond of, but had no other appropriate options available to us. Our adopted son had been hospitalized three times prior to this incident and spent six months in a residential treatment facility. When our adopted son would become violent and aggressive, we used to send him to his bedroom. He began destroying property, urinating and defecating on the floor and in his bed posts, and making very detailed threats of how he was going to kill himself while left unattended in his room. As we were concerned about his safety, we had to come up with some other way to keep him away from the other children in our home until he was able to get himself under control again. The way we did this was by sending him outside onto our covered front porch where we could still see him to ensure his safety, but also keep him away from his siblings to ensure their safety. While he was outside on the porch, my husband and I went out there, as was stated in the plan, to check on him every ten to fifteen minutes and ask if he was ready to come inside.

When he was able to be calm and answer our questions without threatening to do harm to himself or others, we allowed him to come back inside and complete the task he had gotten angry about. On November 11, 2013, we had to implement this “safety plan.” One of our neighbors did not like that he was sitting out there, so they came over to ask what was going on. I tried to explain, but then the neighbor got rude and told me he was going to call the police. I told him to go for it, then went inside and called the police myself. I explained the situation to the officer that answered the phone and asked if they had a problem with what we were doing or if they were going to be showing up and they informed me that it really wasn’t any of the neighbor’s business and that they would not be coming out to my house. Sadly, the neighbor coming over and threatening me made my son’s behavior worse, not better. Instead of just threatening harm and violence, he began to threaten to have the police come and take us to jail and the other kids to foster care. During the time he was outside, we were also watching the temperature on a thermometer we have in our kitchen and noted that the temperature was between forty and sixty degrees during the time he was outside. This can be verified.

Around 8:00 pm, when we went out to check on our son, we noticed he was not on the front porch or anywhere in the yard. We then called the police to report him as a runaway, as he had stated many times that he was going to run away, and had in fact attempted to run away two other times. By the time the police got here, our son had returned and stated that he was across the street asking the neighbors to call the police. Officer Tyler Holton, as well as three other police officers showed up at our home. Two of them left shortly after they arrived. Tyler Holton and Ryan Brown stayed behind. Ryan Brown did not say much of anything, except that he thought it looked like our son had it pretty good and should stop acting the way he was acting. Officer Tyler Holton was very rude and disrespectful. He refused to listen to anything we had to say, even though we gave him the name and number of our caseworker with the Children’s Division and told him what was going on. We told him this was a “safety plan” that was worked out with our son and the other agencies we were working with and that we had asked many times for other suggestions. We even asked him for a better solution. He stood there, in front of our child, and told us how horrible we were and how he thought we must be really bad parents to send a poor little juvenile outside and not allow him to come back in. He then proceeded to tell us how basically any form of discipline or behavior modification techniques are child abuse and that he was going to be hot-lining us. He also told us he would be making regular trips past our home to be sure our son was not outside again and that if he caught him outside he would be, “Pressing charges and making sure they stick so that [we] lose everything.”

He told us to take our son to the hospital if he was threatening us and our other children. When I stated that we have jobs and other kids to take care of and cannot send him to the hospital everyday, where all they are going to do is give him Thorazine to calm him, he told us he did not care, that was our only option. The next day a hotline worker showed up to our home with our case worker. On or about November 18, 2013, I called the police chief to complain about Tyler Holton’s behavior. Three days after my call to the chief, on November 21, 2013, a falsified police report was sent to the prosecutor’s office. The facts of that night are that the temperature was never below 40 degrees during the time our son was outside, it was raining a little, and he was wearing a heavy, double-layer hooded winter coat, jeans, socks, shoes, and a long sleeve shirt. He was given multiple chances to come inside, and chose not to repeatedly. This was not done as a punishment, but in order to ensure the safety of all of the individuals living in our home. We are now awaiting a review by the Child Abuse and Neglect Board that will occur November 20, 2014 and possible criminal charges by the prosecutor’s office. We have had to pay an attorney $2500 to represent us at the review board hearing.

The police report reads as follows:

On 11/11/2013 at approximately 2005 hours, Troy Police Officers were dispatched to (leaving address off for privacy) in reference to a 13 year old male juvenile who was attempting to run away from the residence. Due to calls for service pending, we were unable to respond until 2017 hours.

At approximately 2018 hours, Officers of the Troy Police Department arrived on scene. Upon approaching the residence, I located a 13 year old juvenile identified as RM, on the front porch of the residence. It should be noted, during the time of the call, the weather was inclement, it was raining/sleeting and the temperatures were below 32 degrees Fahrenheit.

I made contact with RM. RM stated his parents, identified as Wayland and Rebecca Martin, had advised him due to his behavior, he had to sit outside the residence as punishment. RM also requested we remove him from the residence and place him into foster care.

I made contact with the father, Wayland, and advised him to secure the other children within the residence and allow us to enter to speak further in reference to the ongoing issue. We entered the living room of the residence. While speaking to both parents, I questioned them in reference to why RM was outside the residence. Both parents stated due to RM’s aggressive behavior and remarks toward Rebecca, he was reprimanded by placing him outside the residence at approximately 1500 hours, on 11/11/2013. Wayland and Rebecca stated RM’s behavior persisted and he was not allowed to return back into the residence until Officers’ arrival. It should be noted, we did not arrive on scene until approximately 2020 hours, which is an elapsed time of approximately 5 hours and 20 minutes. It should be further noted, RM was only clothed in blue jeans and a light jacket.

I spoke with RM. RM stated he was not attempting to run from the residence, he had went to the neighbors in an attempt to contact Law Enforcement because he was forced to remain outside of his residence and was cold.

Respectfully Submitted,
Officer Tyler Holton DSN 157
The night of this incident we sent our son back to live with his biological mother, my sister in law. He was taken from her and placed with us in 2005 because she was heavy into drugs and did not have a suitable residence for him. We adopted him in 2006. We have spent more time and money on trying to get him the help that he needs than we have spent on our other three children combined. We love him very much and only want to see him be successful. We had to send him somewhere else after this incident because we knew that if we didn’t, we were going to become public enemy number 1. The Children’s Division in our county has wanted to charge us with something and call us bad parents from the day in May of 2012 when we walked into their office to ask for residential services when our adopted son began sexually acting out towards our then 3 year old son. There is no help for children like our adopted son. Instead of receiving help, we were treated like dirt by both the police and the Children’s Division. It should be noted that I am working on a Psychology degree, and have over 20 years of experience working with children and adults with special needs. I also have several witnesses who saw Ryan outside that day with his winter coat on. The police need to remember that they are employees of the tax payers and they are there to help, not threaten and lie to meet whatever personal agenda they have set.