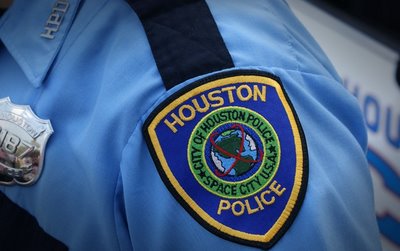 Romeo one281 shared this post via CopBlock.org’s submit page.

Firstly, I would like to thank you for spending the time to read this post. I am using a moniker/alias for my name as well as not providing names of those officers involved simply for my protection. As you will see through the details to follow, I have good reason to fear for the safety of myself and my family. I will start by stating, yes I was a law enforcement officer, I thought I was doing good deeds, and I do believe on occasion I genuinely helped some people, particularly children who could not protect themselves. I got into law enforcement to help children because I was a victim of child abuse from my adoptive father for over a decade.

Now for this story: I became a police officer after returning from my tour of duty in Iraq. I had initially had no thoughts of becoming a police officer but became one after some friends of mine talked me into it. I did my time in patrol and in my first year experienced the loss of a partner who was murdered on duty while engaging a suspect who had just brutally beaten his girlfriend and fled the scene. I quickly advanced and moved into a specialized unit that was proactive, basically going after organized crime / drug trafficking organizations. I got my first glimpse of genuinely bad cops on my first day with this unit. I had a partner that I had involuntarily been assigned, we did a traffic stop on the south side of town, and the vehicle had two occupants. My partner instantly had both Hispanic, non-English speaking men out of the vehicle. He grew angry that they did not know how to speak English and as I engaged one of the men in Spanish, my partner proceeded to punch the other man in the stomach for not understanding his interview questions about what the men were doing and where they were going.

I couldn’t believe what I had seen and it scared me so much that I quickly turned and told my partner a lie; I told him that they were on their way to the store to get food for their family and that their stories jived. This quickly got the men in their vehicle and back on the road away from my partner.

I knew at that time that if I spoke up I would be finished. I was a coward and chose to keep it to myself. I instead remained with this partner and did my best to control him; I made contact with people before he could and did my best to control that one bad cop. Several months later, I was assigned a new partner. He was a new officer who had just come in from patrol. We did well for a few days until I witnessed him steal a bag of marijuana from a suspect and keep it in his possession after releasing the suspect. I then asked him, “What’s that about?” He said to me, “My mother smokes pot, and I’m giving it to her.” I was once again astonished. I chose to keep quiet again and figured I could control this guy. We went a few more days and then something else happened. He grew angry that we hadn’t gotten a “good” arrest in a few days. We were in a neighborhood and he suddenly sped up our patrol car and opened the door, striking a trash can in front of a civilian’s house and spewing garbage across the street. He then sped off and laughed. I finally, for my first time, stood up to a fellow officer. I told him to take me back to the station.

The next day I arrived and told my supervisors what had occurred and that I was not riding with the officer again. I was then given my own car, was not given a new partner and was told to ride alone. I found this officer before roll call and told him what I had done so he wasn’t surprised; I told him I wanted him to know it was my choice to leave our partnership. He grew irate and told me to fuck off. Later at roll call, I was called out by my sergeant and embarrassed by being accused of having a love triangle with this officer and another person. That’s when I realized that my being assigned my own car and assignment was a punishment for talking, not a reward for being the bigger man. My partner was then given a new partner and remained on the streets for years to come with no punishment at all.

A few days after I told on this officer, (my partner), I was sitting in my living room at home doing homework for college when I heard a large noise outside. I ran outside with my pistol and flashlight to see a car turning the corner quickly at the end of my road about half a mile away. I turned around to hear a hissing noise and noticed all four 20″ tires on my dodge truck had been slashed/punctured. I couldn’t believe it. I believe to this day that I recognized the car as that of an officer on another squad in my unit – the same squad that my prior partner had just been assigned to. I spent $1300 replacing my tires. I returned to work the next day and asked that my incident be documented as a retaliatory crime against me. I was told, “No.” I worked that shift and returned home to find my wife’s car doors all open in the driveway as I pulled in at 5 AM. Someone had entered the vehicle with no force at all, using a wedge which is a common tool we use to help people enter their vehicles when they lock themselves out. They rummaged through the vehicle, stealing nothing at all, and left the doors open.

A few months later I had a new officer come in from patrol to the unit. He had no friends and asked that I work with him. I was more than happy to finally have a partner. A few hours into our first shift, he told me that he had been warned about me. He was told that I was a snitch and could not be trusted. I then told him he had nothing to worry about if he did his job and didn’t break any laws we were sworn to enforce. Needless to say, this was the worst partner I ever had. This guy was popping pills and was a drunk. He left for rehab about two weeks into our partnership and I, at that time, had no idea. He retuned a few weeks later and we continued our partnership and to that point hadn’t had any problems. Well, one day he and I were working undercover and we would often use props such as an empty beer can to appear to be drinking and things of that sort. He went to a corner store, bought a beer, and began drinking it while driving. He then left early that night after lying to me and stating he didn’t feel well.

A few hours later I received a call that he was in need of help. I went to the location and found him with a prostitute in his vehicle, his front two tires flat, and drunk off his ass. He had struck a parking lot barrier with his Durango. I couldn’t charge him DWI as he was not on a public road, and I couldn’t charge him with promotion of prostitution, so I had nothing.

I asked to be moved from his permanent partner and was told NO. I was to remain his partner. He began popping pills a few days later while on duty. Lorazapam I believe it was. I also noticed he had stopped wearing his vest. I had enough and told him we were staying at the station. We spent an entire night with him sleeping in the patrol car in the station parking lot because he was too high to work. I finally asked to leave the unit and was granted permission to leave if I could find a place to go. That was not easy; I spent the rest of my days in law enforcement miserable in that unit. They had told every place I tried to go to that I was snitch. I could not go anywhere. The crimes against my property continued for years. I found a recording device in my personal vehicle once. It went on and on and on. I finally left in 2013 after having too much. I asked to retain my badge for a shadow box and was turned down on that also because I was a snitch.

Oh and one last thing: I was sitting in a parking lot in park with my seatbelt off one day when another office in my unit on another squad came and head on hit me going 50 in a parking lot. He totaled my car, put me into the windshield and injured me in that “accident.” I was found at fault and reprimanded for not wearing my seatbelt while parked in the parking lot. The other officer was given a new car and sent on his way to continue working with no repercussions. These are the things “good cops” endure when they try to change things. I had to leave because I was in physical danger. I would have other officers call me “faggot”, back stabber, and snitch in front of everyone at roll call with no reprimands to them from the supervisors who sat right there. I loved helping people, but in the end, the bad guys won. Good guys finish last and in my case are lucky to have not died a hero.