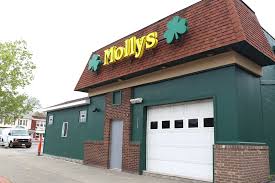 Hello. I’d like to point your attention to a developing case in Buffalo, NY that NEEDS attention and support. A twenty-eight year old man, William C. Sager Jr., was beaten severely by a bar owner and two off-duty cops who were working security in the bar (which in NY state is illegal, for a police office to work on or off-duty inside a bar’s premises). They beat him so severely that he has severe brain damage and is not expected to recover, if he even survives at all. The man’s friend called 911 and reported that the manager and two off-duty cops were threatening his friend and he needed help immediately. One of the off-duty cops handcuffed him after they collectively beat him mercilessly and while he was unconscious, threw his body down a flight of stairs, then dragged him into the street to leave for dead. When the man’s friend tried to intervene and come to the unconscious man’s aid (who was handcuffed alone on the public street outside the bar, unconscious and bleeding from the mouth, nose and ears) one of the off-duty cops arrested him for “trespassing.” The manager and cops then took the surveillance tapes and threw them in a trash bin next door. As the 911 calls poured in, more police came, and they found the tapes. The manager was arrested and the cops were, of course, placed on paid leave. The FBI is investigating. The local media is now downplaying the off-duty cops’ roles in the savage beating. This needs to be exposed.

No angry words or bar fight preceded the assault on William C. Sager Jr. a week ago Sunday, a witness told The Buffalo News on Sunday.

Sager and a friend went to Molly’s Pub in University Heights after attending a stag party for another friend. Just before 2 a.m., according to the witness, the bar manager, Jeffrey J. Basil, pushed the 28-year-old Air National Guardsman down a flight of stairs leading up from the bar’s ground-floor entrance at 3199 Main St.

Last Images From Surveillance Video in Molly’s are of Manager, Off-Duty Officer

The last images on the surveillance video from inside Molly’s Pub in the early morning of May 11 show the bar manager and an off-duty Buffalo police officer approaching the office where the surveillance system’s hardware is located.

Shortly after, there are no more images.