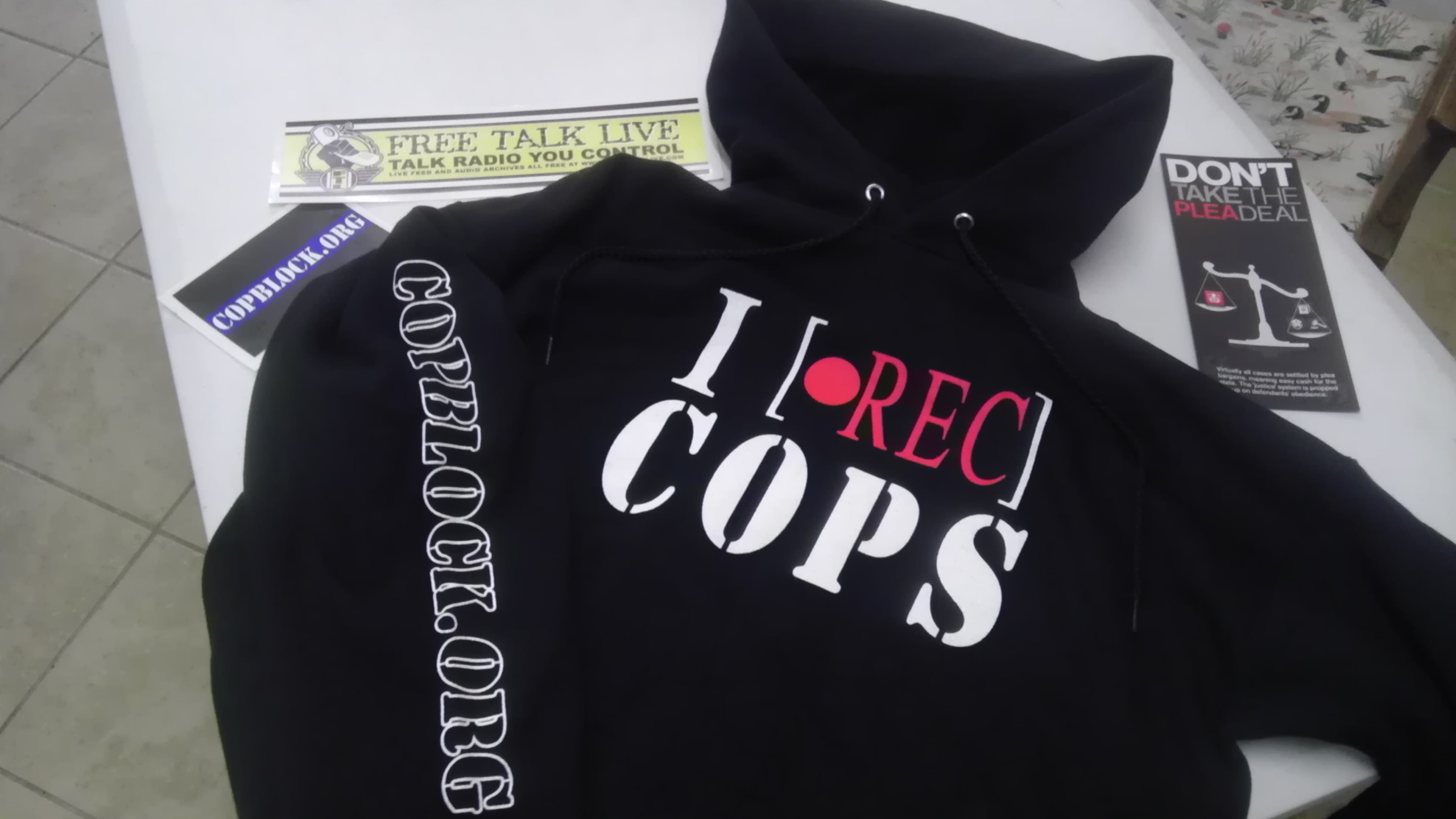 Hi all. DEO again! I came across this video made by Mike Burns down in Florida. Some of you may have seen it already, but the guys here in Ohio are in agreement when we say, “This is how Cop Blocking should be done!” I wish I had half the investigative skills Mike shows in this video.

He is harassed while trying to film a cop from his car. Now, in MY opinion, I wouldn’t want my car anywhere near an attempt to film a cop! I know how they look for ANYTHING when it comes to a car. We have all seen the movie where the cop busts the headlight out and writes a citation for a broken headlight.

Sometimes it’s more subtle than that. Sometimes the scumbag will just call into the police station to make a complaint so they can say, “We got a call about a guy…”

They didn’t count on Michael’s tenacity to get to the bottom of the story. He got records requests, phone records and the whole nine! He can PROVE the cop Javier Perez made the call about the ‘jerk off, jerking off in the car’.

As if that is not enough, Mike was filming another cop later on and explained it, only to find out he was talking to the cop assigned to investigate Javier’s crime! The investigating officer said to Mike, “If I find there is wrongdoing, I’ll put the cuffs on him myself!” He said that, or something to that effect, with a proud grin! Well, guess what officer. Mike already proved it, so it’s just a matter of time and your department’s bullshit red tape before you will be cuffing your criminal colleague!

But we all know what will most likely happen: Slap on the wrist. Maybe he’ll get fired. If so, he’ll just end up one town over violating some other citizen’s rights. Great system, America

You can view RT’s coverage here.