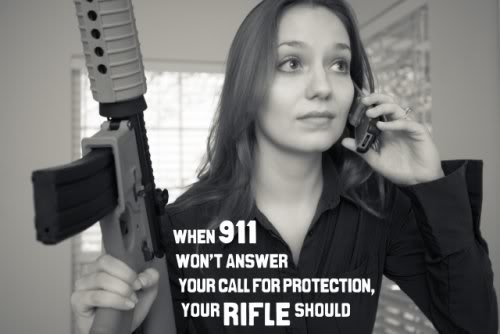 Legally, Police Do Not Have to Protect You – Yet, You Go to Jail For Not Assisting Them
By: Greg Young, Melbourne, Florida

Just a little while ago, there was a video going around that showed an officer being beaten by a citizen in a fight. The police chief said he was disappointed and surprised that people stood by and let it happen. On the other hand, the video of the guy (who was severely injured) that stopped a knife-wielding mass murderer on the NYC subway while the cops stood behind a closed door and watched also went viral. The NYPD said to remember that the Supreme Court ruled in 1980 and reaffirmed since then that police do not have a constitutional responsibility to protect a citizen from harm.

Police have no legal duty to respond and prevent crime or protect the victim. There have been over ten various supreme and state court cases and the individual has never won. Notably, the Supreme Court STATED about the responsibility of police for the security of your family and loved ones, “You, and only you, are responsible for your security and the security of your family and loved ones.” That was the essence of a U.S. Supreme Court decision in the early 1980’s when they ruled that the police do not have a duty to protect you as an individual, but to protect society as a whole.” [Reference]

That got me to thinking about the legal reasoning behind a citizen not helping when asked by a cop.

It seems that here in Florida it is a crime not to assist with an arrest or the capture of an escaped prisoner. That’s right, you can go to jail for not jumping into the fray if a law officer asks you for help!

(1) All prison officers and correctional officers shall immediately arrest any convict, held under the provisions of law, who may have escaped. Any such officer or guard may call upon the sheriff or other officer of the state, or of any county or municipal corporation, or any citizen, to make search and arrest such convict.

Whoever, being required in the name of the state by any officer of the Florida Highway Patrol, police officer, beverage enforcement agent, or watchman, neglects or refuses to assist him or her in the execution of his or her office in a criminal case, or in the preservation of the peace, or the apprehending or securing of any person for a breach of the peace, or in case of the rescue or escape of a person arrested upon civil process, shall be guilty of a misdemeanor of the second degree, punishable as provided in s. 775.082 or s. 775.083.

Another question is, “Who is liable if you get hurt or killed?”
Answer: You better sign up for Obama Care!

In short, cowardice is legal for the police, but you will go to jail if you don’t risk life and limb helping them. This is why we call the state FLORIDUH!