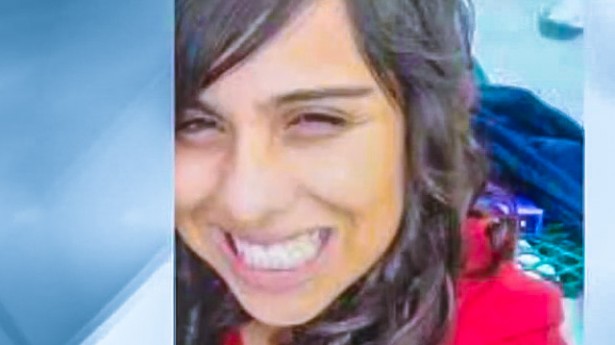 Indiana woman stripped by jailers and left naked for 7 hours

A mother of 4 says that while she was in police custody for a misdemeanor, she was stripped naked by deputies, pepper sprayed,  and left naked in a cell for nearly seven hours.

The City Council of Baltimore voted to create one of the most stringent government curfew systems in the nation.  Under the new restrictions, youths will be legally permitted to appear in public for only a few hours per day.  Police may seize them on sight and take them to detention centers where they will be interrogated by social workers.  Parents face stiff fines and jail time if their children are discovered in public during curfew hours.

People who do not dress in a manner that is deemed acceptable by the government are subject to penalties in this New Jersey shore resort town.

A businessman attending a concert returned to discover that his locked, parked truck had been opened and aggressively searched by a police dog. Not only were his rights violated but his vehicle and electronics were ripped out and damaged by the search.

Hope Lane tells KVUE-TV that her granddaughter forgot to shut the front door all the way after leaving for school, causing it to blow open, tripping the alarm. Two officers arrived to Lane’s home Friday, entering the house and shouting verbal warnings. Round Rock authorities say when they came upon the 120-pound Rottweiler named Bullet, the dog became aggressive toward them and made threatening actions. Lane said 8-year-old Bullet, who suffered from hip dysplasia, is not aggressive.

A California family says that a call to 911 to get medical assistance for an 18-year-old family member with special needs ended in tragedy when police showed up instead and killed her.

With the help of new technology and federal grant money, police are preparing to warrantlessly search people’s refreshments as they visit the beaches of Florida.

A woman’s life was altered when she allowed her son to play in the car for a few minutes while she briefly went into a store, and a nosy bystander reported her to police.

An innocent man was arrested in an early morning raid and jailed for 10 days because he had the same first and last name as a drug suspect.  The ordeal caused him to lose his job, rack up bills, and nearly get evicted from his home.

When a 65-year-old veteran tried to discharge himself from a VA hospital, he received a fatal beating from police, his widow alleges in a federal lawsuit.

Students at a Long Island high school are being subjected to security protocols resembling those found at an airport.  Upon entry, students are warrantlessly searched at security checkpoints.  Students’ textbooks and belongings must be carried in plastic baggies, since backpacks have been prohibited.  The lockers have been sealed and remain off limits to students.  Even bathroom usage is restricted; students are required to sign-in to use the one accessible bathroom in the building for each gender.  The measures are topped off with a brand new high-tech surveillance system throughout campus.

A Chesterfield, Missouri police officer was fired, then charged last week on criminal counts related to secretly recording men in intimate situations and posting videos of the encounters on the Internet.

Robert Goodwin, 41, was engaged in a heated disagreement with the principal of his son’s elementary school last week over a picture his son drew in art class. His 10-year-old’s drawing of “Gru” from the children’s movie “Despicable Me” depicted the character “shooting ping-pong balls at his minions,” Goodwin told the Boston Herald. School officials reportedly deemed the drawing as sexual in nature.

Defending the decision to pursue unmanned drones to assist in police work, the LAPD – who say they will cooperate with privacy groups on the matter – said the devices are being purchased by citizens, so why not allow law enforcement to use it as well?

A New Orleans police officer has been placed on desk duty this week over allegations that he wrote a message in the blood of a murder victim  at the scene of a crime.

An Adams County, Colorado sheriff’s deputy is under arrest for allegedly raping his estranged wife.

Clear Evidence Cops are Above the Law, Even When Drunk and Off-Duty

Seattle police officer Garth Haynes was off-duty and in plain clothes at a Ballard Bar in 2010 when he began to ‘restrain’ a woman outside. When people saw Haynes trying to physically restrain a woman, who Haynes alleged had stolen his coat, they stepped in to stop it and a fight broke out. When police showed up they cuffed all of the non-cops involved in the fight and laid them face down on the ground. Haynes is then seen on video walking over to one of the handcuffed men and stomping on his head.

Two women tell Fox 9 News they watched a Minneapolis police officer us a Taser on a pregnant woman before she fell to her stomach near the light rail platform on Nicollet Mall, and they have video of the confrontation.

An Ohio police chief raised a number of eyebrows Tuesday when he said his department would begin profiling a “certain group of people” with a “mission to write tons of tickets.” Only thing is, there’s a catch, which is why the chief urged individuals to read “the entire offering before making a knee jerk comment.”