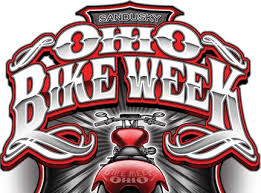 Here it is guys, the Ohio Bike Week 2014, as seen through the eyes of your obnoxious buddy, DEO! I had a great time in Sandusky filming this event. I would like to first thank all of the cool people we met out there! I would also like to thank Sandusky PD for the courtesy. I had good conversations with some officers there, and while there were a few incidents, I believe the Sandusky police officers handled themselves in the professional manner that I would expect from any Ohio police department – even when one officer was hit in the face!

Unfortunately, they didn’t do anything when one of our cameramen was assaulted by one of the event staff, but they said they would start doing something about that. My only question is, “Where were you all along?” All in all, it was a great time.

There is an officer in Sandusky that has gotten the nickname “Pitbull.” He expressed to us that it is not a moniker he is proud of and would like that changed. I believe he took great steps towards changing that this week. We went looking for a pitbull and found a puppy who wanted his belly scratched! You’re no pitbull to me, officer.

Thanks again to everyone for a great time. Keep the rubber on the road! See you next year Sandusky!