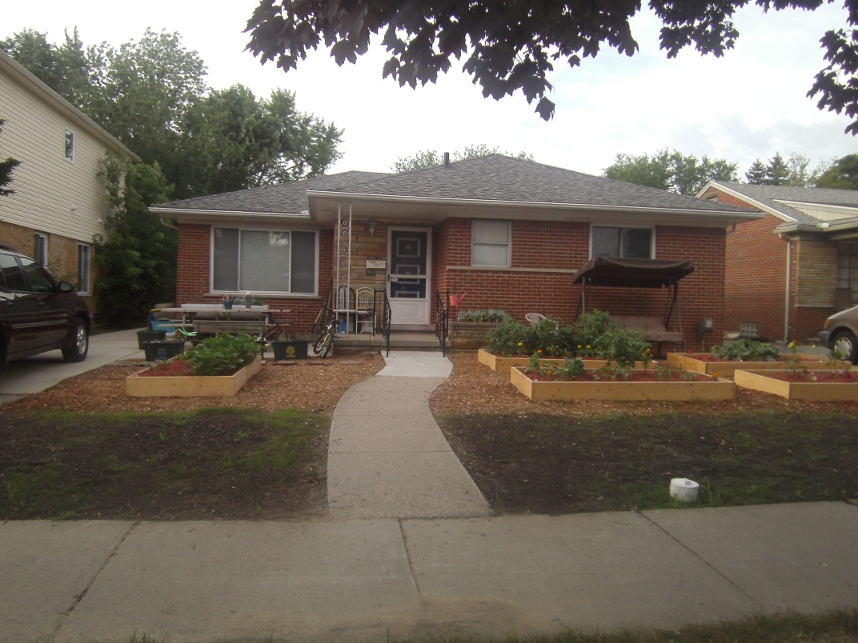 Julie Bass has what is, in my opinion, a pretty neat hobby. In the front of her house in Oak Park, Michigan, Bass is growing a small, raised bed garden for organic vegetables instead of a lawn. “The price of organic food is kind of through the roof,” Bass said, explaining her decision to start the garden. “We thought it’d be really cool to do it so the neighbors could see. The kids love it. The kids from the neighborhood all come and help,” she added.

Unfortunately, members of the local government do not love Bass’s garden. Bass was warned by city code enforcers that her garden was against the law. When she refused to get rid of it, she was given a citation. According to her blog, the prosecutor assigned to the case plans to take the charge to trial. Bass could spend up to 93 days in jail if convicted.

Bass is charged with violating a city ordinance that requires homeowners to grow “suitable” plant material in front of their houses. Bass is, of course, growing plants in front of her home, but Kevin Rulkowski, an arrogant parasite employed as the “Planning and Technology Director” of Oak Park, claims that Bass’s vegetables do not meet the suitability criterion. “If you look at the definition of what suitable is in Webster’s dictionary, it will say common,” Rulkowski explained. “So, if you look around and you look in any other community, what’s common to a front yard is a nice, grass yard with beautiful trees and bushes and flowers.”

In fact, Merriam-Webster’s Dictionary does not define “suitable” as “common.” Actual accepted definitions for the word “suitable” include fulfilling some purpose or social expectation or meeting a standard. If we are supposed to interpret Oak Park city ordinances using Merriam-Webster’s dictionary as Rulkowski apparently believes, then it’s not clear which definition should be used. The act of growing plants in front of one’s home could fulfill a purpose or meet some standard, but the law does not specify what purpose the plants must fulfill or what standard they must meet. Growing plants in the front of one’s home can fulfill social expectations, but social expectations are constantly changing and no two people have the same set, so they are too ambiguous to be used as legal standards.

Since the word “suitable” has no clear meaning in the ordinance, the ordinance is too vague to be used as the basis for prosecuting anyone. But I think the Oak Park busybodies trying to have Bass thrown in a cage probably already know that. It’s likely that they are just bullies who are more concerned with forcing their own aesthetic standards onto other people than with actually doing anything that might improve the community they live in.

But even if Oak Park actually had a city ordinance prohibiting people from growing gardens on their own property, it would be an unjust law that homeowners should defy. People have no right to tell others what they can and cannot do with their own property so long as they are not using it to harm others. No one should be forced to grow any plant matter at all — “suitable” or not — in front of their homes or do anything else with their property simply because busybody parasites like Rulkowski want them to.

Bass’s pretrial is scheduled for July 26. On her blog, she has asked that people supportive of her show up to her court hearings and submit her story to as many news organizations as possible. You could also try contacting Kevin Rulkowski. He can be called at 248.691.7450 or emailed at krulkowski@ci.oak-park.mi.us.