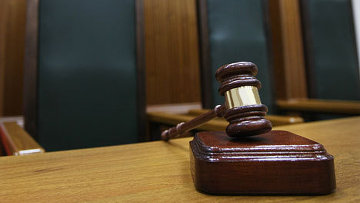 I had court today for driving without insurance. Today was my pre-trial conference. I had court at 9 AM. When I got to the courtroom, I was immediately spoken to by the prosecuting attorney. There was no judge on the stand nor was there a secretary taking notes at the time. That is when I decided that before I answered any questions, I was going to video record the proceedings. The prosecutor asked about when I was pulled over, and I told him I did not feel comfortable discussing the details of my case until the court trial or jury trial. He asked if I plead guilty or not guilty; I said neither, I am filing a motion for dismissal. He then walked away and got a bailiff. The bailiff told me I was not allowed to record in the courtroom without permission from the judge. I informed him that is not true, and I can record in a public place as it is my right to protect myself.

I was then asked to step outside the courtroom. The bailiff then showed me a sign saying I could not record in the courtroom. There is no Idaho State code posted on said sign. The prosecutor then came out and told the bailiff to confiscate my camera and memory card or delete it. I told him that was not going to happen because it was my personal property and they needed a warrant. We then re-entered the courtroom and I was asked to sit down.

Approximately five minutes later I was again asked to step outside the courtroom. The bailiff told me to delete the video immediately or I would be placed under arrest for contempt of court. Now remember, this was a pretrial conference, not an actual court trial, and at this point, we were outside the courtroom. The bailiff then refused to answer my question, “Have you taken an oath to uphold the constitution?” He placed me under arrest, and confiscated my camera and memory card. I was charged with visual contempt of court (criminal).