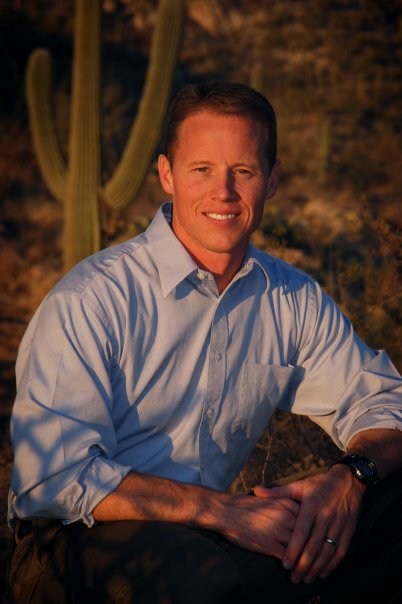 As regular readers of this blog are well aware, the May 5th shooting of former Marine Jose Guereña in Tucson, Arizona was both tragic and controversial. Sheriff’s Deputies and Police Officers forming the regional Pima County SWAT team entered his home to serve a search warrant, after what they claim was an extensive 20-month investigation that focused on several homes. Bizarrely, the warrant did not specify Guereña, nor anything specific in his home, as required by the 4th Amendment to the U.S. Constitution. Despite overlooking this critical “technicality,” cops entered in typical paramilitary style, wielding overwhelming force, which can be seen in the subsequently released helmet-cam video taken by one the attackers. Mere seconds elapsed from their arrival, to their “dynamic entry” of breaching the front door and sending bullets flying. Over 70, to be exact. Jose was struck over 20 times, and the rest of the rounds, many from AR-15 rifles, flew through the house, some exiting out the back and coming to rest in the walls of neighboring homes.

Fortunately, no one else was hurt, but Mr. Guereña lay dying on the floor for over an hour as SWAT officials drove a robot around his home looking for other dangers, yet failing even to locate his terrified wife and 4-year-old child, who were cowering in the bedroom closet. Eventually, they emerged after 10 minutes of hiding and begged for the paramedics on scene to render aid. They had been there from almost the very beginning of the situation. In fact, the LifeFlight helicopter was on standby, though presumably for the benefit of police, not their victims. Mr. Guereña’s wife and son pleaded in vain. When the paramedics were finally allowed into the home, it was only to pronounce the man dead.

All this is now a matter of record. So too are the internal PCSO and Pima County Attorney’s investigations which ultimately cleared (no surprise there) all the officers involved of any wrongdoing, despite the fact that they felt compelled to retain the services of Michael Storie, a local criminal defense attorney, less than 6 days after the raid occurred. Perhaps they lacked confidence in Sheriff Dupnik’s whitewashing operation. If so, that fear was misplaced. Apparently, mindlessly opening fire because of an over-eager deputy’s accidental discharge is totally acceptable, so long as the unsuspecting victim is legally armed in defense of his home against a huge group of unknown invaders. After all, they did simultaneously run their siren, knock on his door and shout “police!” for all of 7 or 8 seconds upon approaching his home, before smashing in the door, guns blazing (and the raid commenced at a time they should have known from their “20 month investigation” that Guereña was likely to be asleep, and thus disoriented or unable to respond to them). By the way, that was *NOT* a “no-knock” warrant, but a standard “knock-and-announce” operation. Really, why bother making the distinction? Operationally, there’s absolutely no difference. No one can either answer the door or destroy evidence in 7 or 8 seconds.

So, taking all these sorry facts into account, what rational person would not react with horror and indignation at the actions of those supposedly given a public trust like that of the police? Especially in one’s own community! Certainly not Brian Miller, chairman of the Pima County Republican Party‘s executive committee. Brian was reasonably disgusted by what happened to a fellow veteran in his own city (Miller is an Air Force A-10 Warthog instructor pilot), where he lives, works and raises a family. He went so far as to publicly express his discontent with the situation via an official e-mail distributed to the membership of the Pima County GOP, stating “we are all Jose Guereña now,” and adding that “it is my hope that this tragic event will lead to a renewed discussion of the policies that routinely lead to heavily armed and militarized local police invading private homes and a renewed interest in the civil liberties codified in our Bill of Rights.”

To most people, this is an appropriate reaction to an obviously egregious episode of excessive police violence (and the kind of speech protected by the 1st Amendment), but given the rank and file Republican’s penchant for groveling at the feet of “law enforcement,” the statement was unfortunately bound to stir up anger and resentment among its recipients.  The “law-and-order” types predictably mistake patriotism for obedience to and religious veneration of the state and its institutions of official force. For them, this was sacrilege, and Brian Miller had to be called on the carpet for it. The other members of the executive committee called an emergency meeting to do just that. But what’s interesting is just who was invited to upbraid Mr. Miller for his impudence – a high ranking representative of the local police union, the Tucson Police Officers Association.

It turns out, not a day went by after Miller sent that e-mail than the TPOA had contacted every elected Republican official they could get a hold of to demand they shut him up. The cop shop’s rep told Miller, “I never want to hear anything like that coming out of your mouth again,” to which he responded that he’d steadfastly adhere to the principle of civilian oversight of the police, just as he does for the military in which he serves. That elicited an angry response from the TPOA man, who retorted, “you have no right to criticize law enforcement, you’ve never been in law enforcement.” Apparently, that was too much even for some of the assembled Republicans, and Miller said the comment “really lit up the room.” Nevertheless, the established party leaders “ben[t] over and grab[bed] their ankles when ordered to by the `public safety’ unions,” and ultimately produced an ultimatum, demanding Brian turn over his keys, and step down as chairman of the county party apparatus.

Since then, the Pima County Republican Party has moved to silence him, remove him from power, and distance themselves from the statements made in the controversial e-mail. But Miller has been defiant, and refuses to quit. Reaction among the voting public and registered Republicans in Pima County has been split. The battle lines have been drawn around the typical factions, with the libertarian leaning “Ron Paul” types on one side, and the authoritarian, military and police worshiping establishment neo-con types on the other. Even the usually even-handed (for a right-wing radio talk show host, anyway) local media personality Jon Justice took Miller to task on his show for passing judgment on the situation “before all the facts were in,” echoing the TPOA representative’s absurd assertion that only law enforcement agents are capable of criticizing law enforcement’s actions. Apparently, one has to be a police officer to know whether sending 70 bullets into an presumptively innocent family’s home is morally wrong. This self-serving proposition is both absurd and idiotic. Following that logic, only a politician may criticize other politicians’ actions, and one must be a murderer to condemn an act of murder, etc.

Brian Miller’s supporters, including the local Republican Liberty Caucus, Oathkepers and Tea Party groups, have been very vocal in defense of their chairman. They’ve set up a Facebook page in support of Miller, as well as a petition page where folks can pledge donations to be delivered if and when he’s ultimately retained in his position. But despite their vociferous defense, the final battle will happen tonight, Friday, July 15. The other members of the Pima County GOP Executive Committee have called a meeting to vote on a change of the by-laws of the organization that would allow them to remove him from his duly elected position on the basis of a single vote, without any kind of due process or investigation. They’ve alleged that he’s misused party funds and resources by sending the e-mail and asking members to attend an Oathkeepers rally in support of Guereña’s family that was scheduled after Jose’s funeral, but Brian Miller is well prepared to answer their “latest round of calumny.” This is a fight for the soul of this organization, and it will determine the future of the county GOP, whether it will strive forward under the banner of liberty, small government and accountability for police, or continue in irrelevance as an also ran of statism and impunity for law enforcement.