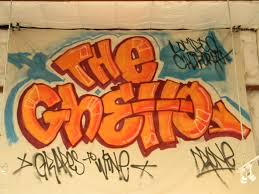 This weekend I attended Firefly music festival, and for the most part, I had a lovely time. Between waste management, EMS and Dover PD, I made sure to thank about a dozen men and women in uniform for working those days. Festivals are a nightmare for health and safety workers. You must have been exhausted. There must have been thousands of kids pushing the limits, kids who don’t understand that babysitting at Firefly is not what you signed up for. You must have been really pissed off.

That doesn’t make this okay. Nothing really would.

Around 1:30 AM on Sunday, you and a few other officers were breaking up an altercation between two young black females outside of “The Hub.” The women had been separated and cuffed, and yes, they were saying nasty things to each other.

I don’t know if you remember what you said. Maybe you’re thinking, “That sounds like something I would say.” Maybe more than one Dover officer is thinking that.

In a uniform that is supposed to distinguish you with excellence as a protector, you said, “You’re the most ghetto piece of shit I’ve ever seen.” Those are the only words I heard you say. Perhaps you were in “rare form,” but I really doubt it.

Ghetto: a section of a city, especially a thickly populated slum area, inhabited predominantly by members of an ethnic or other minority group, often as a result of social or economic restrictions, pressures, or hardships.

Read it again. Consider for ten full Mississippi-seconds if that should come out of an educated adult’s mouth with your chosen connotation. Now, accept my biased certainty that you are not better than the woman you spat that phrase at.

Accept that you embarrassed your badge. Accept that those words did nothing to help, and if your boys in blue weren’t holding them, you may as well have been pulling hair with the ladies. Most of all, accept that you are not tough. Authority is not built on raised voices and name calling.

To anyone reading this: You are not a public nuisance for expecting justice and accountability from your government. You have the right to record police officers on duty, as they are public servants with no reasonable expectation of privacy. You have a civic duty to speak up about abuses of power, as well as cooperate with officers who are enforcing just laws. Some things are unacceptable, and doing something about it is better than doing nothing.

And pardon me sir, but you looked like an asshole.