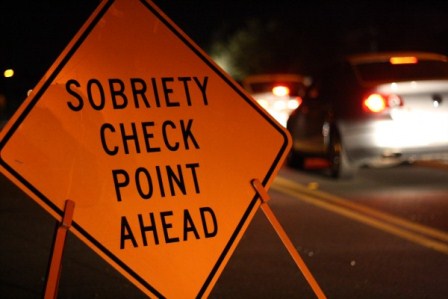 On June 23, 2013, I was arrested. Not only was I arrested, I was faced with something that is now common in the American Society: police brutality.

It all started one evening around midnight. I was driving down a main road from working a nine hour shift. I’m not going to lie, I was tired! All of a sudden, I came up to a sobriety checkpoint. This was different than any other normal checkpoint. This one had police forces from all over the area. It was located in Lamar, MO.

I was very friendly with the officers who approached me. I calmly said, “Hello Officers.” As they asked me for my license and insurance, I told them the truth. My wallet with my ID was right behind the back of the seat I was sitting in. I couldn’t turn around to get into my purse on account of my door and the CD compartment in between my seat and the passenger side. I simply said that my license was in my backseat. Pretty soon, I reached for my insurance in the glove compartment. As I was digging through all the old insurance cards, the officers told me to pull into the strip mall parking lot by the road to get my stuff. I did as I was told to do. Little did I know, I was being detained.

Pretty soon, two other officers approached me. I told them both what was going on. I said that I was told to pull in to get out of my car and get my information to them. As I stepped out of my car, I got into my purse to retrieve my wallet. I got out my ID and handed it to Jordan Justice, the Lamar Police Officer. He handed my license to a Joplin, MO police officer who had the name of Howard, (as my lawyer told me).

As I stood by my vehicle, the Joplin police officer asked me what prescription medications I currently take. I told him exactly what they were. He even asked me to spell them out for him. He also asked me if I’d had anything to drink. I told him no. He asked me if I smoke weed. I told him no. I said I have never done drugs, never smoked, chewed tobacco, drank alcohol, or anything like that. He replied, “Oh come on. Everyone smokes weed.” I said, “I don’t.”

He wanted me to do all kinds of tests. He would demonstrate exactly what I needed to do because I had never done any tests like that in my life – walking in a straight line with toes to heels, balancing on one foot, etc. He wanted me to take a breathalyzer test. I passed that test with flying colors.

He went to other officers and began talking for a long time. I stood very patiently with another female cop under the Joplin Police Force with the name of Kelly Anderson. Pretty soon, the officer arrived back in front of me and said, “Okay, come with me.” I followed him to a DWI task force vehicle. As we sat inside, he began reading me my Miranda rights. He had me sign a paper. This paper agreed to do a urine sample and fingerprints. He never told me what I was being arrested for. I told him that I haven’t done anything. He said that the tests prove differently.

As I stepped out of the vehicle, the female cop asked me if I had anything on me. I said, “No ma’am,” and she began to search me. Then she handcuffed me. We got into a Lamar Police car, and another Lamar officer drove us to the station. As I went into the cell, I was uncuffed, and had to provide a urine sample. I was then fingerprinted. I was held in the cell with a jailer walking in and out for a whole four hours! I had inmates coming in and using the restroom outside of the door who would actually come up and start talking to me. I have never been so scared in all of my life.

Eventually, I told the jailer that I had to work the next day. I said my parents didn’t even know where I was. He let me call them. My mother wanted to know where the jail was located at. I had NO idea, so I asked the jailer that question, and then he wanted to speak to her. She asked what the bond amount was, and pretty soon both of my parents arrived to the station. I had a bond amount set for $355. I was released with a court date after the money was paid by my parents. I was basically told by my parents that I was arrested for narcotics. I have NEVER abused my prescriptions. I take them when I am supposed to. I took my medicine that morning, and I didn’t take any of the bottles with me, or have any in my vehicle.

We immediately hired a lawyer a few days later. I had to explain everything as to what happened. I had many court dates set that would get rescheduled because my lab results had yet to come in. I had letters mailed to the lawyer that my neurologist wrote about my prescriptions for anxiety and migraines to give to the prosecuting attorney. The prosecuting attorney had no idea about the ailments I was dealing with.

Then, on April 11, 2014, I had my case. I never had to arrive on any of the court dates because we hired this lawyer for $500, plus I was in college all year away from home. My whole case ended up getting dropped through the court! There was an overall expense to me of $855 when I did absolutely NOTHING wrong!

All in all, I was faced with a false arrest, false imprisonment, harassment, I was searched for no reason, and a false police report was even filed! My lawyer read me the report and it said that I wasn’t cooperating with the police. I answered EVERY SINGLE QUESTION they asked. I did what I was told to do. I didn’t question them. I was even accused of stealing from a Fastrip gas station one night after work because the jailer was in there.

A Lamar officer called me up on my cell phone a few days after that night. He wanted me to come up to the station to talk to him. My first thought was that they were going to drop the charges. Little did I know, I was going to be questioned about the stealing incident. I have NEVER stolen anything in my life, and I didn’t steal anything from that gas station. They questioned me before they even watched the video tape from the gas station. They also threatened to arrest me once they watched it.

A few months after my court date, I was denied a government job because they published the charges on my record. I wasn’t even convicted! My lawyer never took the initiative to get it off my record. I even asked him if the whole thing was on my criminal background and he told me, “No.” I eventually took care of it myself. I had to go to the prosecuting attorney’s office, and the City Hall. The City Hall gave me a check back from the charges that were dismissed. I even called the highway patrol and my employer. I am currently working that job, as I was eventually able to have it taken care of. I will NEVER forget what those officers did to me, and I will NEVER work another job in the worthless town of Lamar, MO.