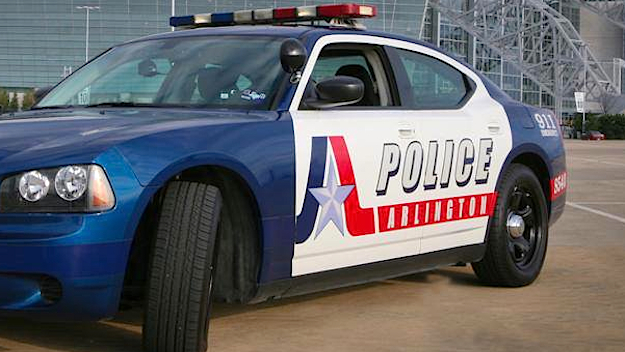 It was 2007 and I had just graduated from college. I was 25 and things were looking up for me. Despite having received two DWI’s between 2001-2002, I hadn’t been in trouble for quite some time and I never drove after drinking anymore. My husband and I decided to go to the local Movie Tavern for drinks and a movie. I drank three martinis in about an hour and a half…more than I should have, but hey, I wasn’t driving! I left the theater to step outside for a cigarette. While I was standing outside, a man in plain clothes walked up to me and asked me what I was doing. He was huge – 6’4″ at least, 300+ lbs. I told him I was having a cigarette. He proceeded to grab me and handcuff me. He picked me up and threw me into the back of his Ford Explorer, next to a toddler car seat. I began screaming hysterically, imagining all of the horrendous things he was about to do to me.

I am an upper-middle class white woman; 5’4″ and 120 lbs. I was wearing platform sandals, a dress, and jewelry. In other words, I was dressed to “go out.” I was thrashing about in the back seat, screaming incoherently while the man sat up front, silently driving around the parking lot. I had absolutely NO idea what was going on. I looked around his vehicle and saw toys, a baby shoe, and notebooks. I was in someone’s personal vehicle. He drove me around for around forty minutes. He rifled through my purse, and refused to respond to my endless questions. By the time the car door opened in front of the theater (the same place he picked me up from), I was beyond hysterical. I was sobbing, screaming, blubbering, and hyperventilating. I was so confused as to what was happening, I barely knew where I was. I looked up and saw about six Arlington police officers standing beside his car. I started screaming more, trying to tell them he kidnapped me. I was so worked up, all that came out was an incoherent mess of sobs and words. The police responded to my terror and confusion by throwing me onto the ground as hard as they could. Four officers grabbed me by the legs and arms, and my dress rode up to above my waist. I started screaming even more, and kicking/twisting my body, all actions that infuriated the police. They delivered several swift kicks into my side, and jerked me to my feet before I received a long blast of pepper spray directly into my eyes. I was wearing contacts and they stuck to my eyeballs, burning. I have never felt such tremendous pain in my life. I had been arrested before, all on alcohol-related offenses, and I had been beaten/manhandled by the police before, but never had I been pepper-sprayed. I shrieked in pain as they hog-tied me and threw me into the back of the police car without so much as even asking me for my side of the story.

I was taken to jail and booked on Resisting Arrest and Public Intoxication charges. I wasn’t allowed to wash my eyes and face off for over four hours. My contacts remained in my eyes for the ten hours I was in jail. My grandfather was a well-known criminal district court judge for Tarrant County, and had hired excellent attorneys for me in the past. At the time of this incident however, he was suffering from dementia. I hired a terrible attorney who didn’t even fight the charges. The man who had initially handcuffed me turned out to be a security guard for the parking lot, and evidently the police were planning on letting me go until I reacted hysterically when I exited his vehicle in handcuffs (what woman wouldn’t?). When people learn I have been arrested nine times, they are shocked. During my college days and days of legal trouble, I drove a BMW, dressed in designer clothing and was your stereotypical sorority girl. None of that mattered to the police however. After every arrest, I was released with black eyes, bruises all over my body, and giant lumps and bumps on my head and face. After one particularly violent arrest for Public Intoxication, I was hospitalized with a suspected brain bleed. I went to a private university in Fort Worth and there were police everywhere. The number of police in this city is so outrageous that I used to make a game of counting how many I would see in one day. It wasn’t unusual to reach the 40’s and 50’s.

Downtown was a popular spot to go clubbing and barhopping. The police would stand on the street corners and watch for anyone acting even slightly intoxicated. I never did anything to draw attention to myself, other than walking down the street and possibly stumbling on my high heels. I would end up sitting in a paddy wagon for hours until they collected enough college kids to haul off to jail for the night. I will admit that I deserved the DWI I got on my 21st birthday. My friends took off and left me to drive. I shouldn’t have. The other times I was arrested were for absolutely ridiculous reasons and I was treated like a punching bag. To date, I have the two DWIs and Resisting Arrest charges on my record. I was able to complete a year of drug court to avoid a felony conviction for “doctor shopping.” I have settled down and haven’t been arrested in over seven years. I don’t drink or use drugs. I have three small children who still see the police as the good guys. When they ask me if I have ever been to jail, I lie.

Through my experiences I learned that our country is actually a police state. This notion of having freedom is a farse. We have the most incarcerated people in the world, and police brutality is shoved under the rug. While minorities are disproportionately affected by our criminal justice system, no one is immune. It doesn’t matter if you are black, white, brown or yellow, we are all the same when we are in handcuffs.