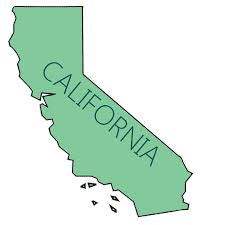 This site rocks! I always surf it, and have noticed some complaints about citizens issued phone infraction and parking tickets.

I wanted to offer some expertise on some rather diabolical traffic ticket and other defense strategies that are California specific that I have used. Please couch this with the understanding that the traffic court is an utterly corrupt, criminal system specifically designed to punish you for daring to exercise any of your Constitutional and Statutory rights to defend yourself. Also, traffic judges rarely follow the law in their bloodlust zeal to shake you down and extort you for revenue.

As an example, the promise to appear date on a ticket used to be the date and time you would also have an opportunity to enter a plea of not guilty. Well, too many people were exercising their rights, so they changed the crooked system so when you initially appear, they then tell you to come back AGAIN for arraignment an average of 7 months later, with the plan that you will forget, then they will demand even more bribe money for a claimed failure to appear.

As to specific strategies, I NEVER EVER post a bribe, er, bail! It is not a crime to not have money, nor can they deny you your Constitutional rights to trial just because you have no bribe fees.

What I have done repeatedly in the past is say, “Your honor, I enter a plea of not guilty, and request an O.R. release. I met my promise to appear today, and I will do so again. I don’t believe I will be convicted, and if wrongfully convicted, I have no monies and would have to ask for community service after exhausting all appeal remedies.” Now frankly, I stopped asking for an O.R. release as it got granted once. I really don’t want them to grant it. The best way to accomplish that is to not ask for an O.R. release, so I no longer ask for it.

What happens next is with or without a ruling, they tell you to go see the cashier. Now if the commissioner actually grants an O.R. release as happened one time, the tactic no longer works. If they either deny your O.R. release request, or better yet, you don’t ask for it at all, then the cashier demands a bribe, er, bail money, and with my cell phone recorder going, I tell them I am indigent and can’t afford bail. They don’t give you a trial date but rather give this form that says something to the effect that if you fail to come up with bail money by (typically 30 days) a warrant may be issued for your arrest. Right! But it goes on to say, if you can’t come up with the bail money by the due date, you may have to see the judge again. BINGO!

On that date, I appear again, at which point they schedule ANOTHER return visit before a judge who does not have time to hold some evidentiary hearing on whether you have money or not. Off to the cashier they send me again, and this time they finally give a trial date when I still have not posted bail.

Now remember how I said at arraignment I entered a plea of not guilty? When you don’t post bail, unless an O.R. release was granted, they refuse to give you a trial date at the cashier’s window at arraignment. When you return at 30 days or whatever the form specifies you must post bail by, they just give you another court date to see the judge, ostensibly to hold a finances hearing, which has never been discussed all the times I appeared for that type of hearing.

Because of my vigorous tactics and the court/cashier imposed delays, by the time they get me to trial, an average time of 90 days elapses…which just happens to be past the 45 days speedy trial California mandatory statute. At trial, I don’t even let it commence, I move to dismiss via a Penal Code Section 1382 Motion to Dismiss on the grounds of a lack of prosecution. I keep a four page Declaration, Points and Authorities document on the computer and just change the dates and times and names.

Remember, if you plan on using this tactic, NEVER sign any papers, especially ones waiving your rights. And be careful, the Cal Vehicle Code has some sneaky, slimy hidden section that furtively claims if you plea/post bail via mail, you may be waiving your speedy trial rights. I can’t tell you how many crooked clerk have demanded I sign their forms to get a trial, and hidden within the language is a waiver of your rights. I have varied from videotaping them demanding I sign a right waiver form as a condition of trial, to just crossing off the parts I don’t agree with and not letting them know I did so.

Total waste of time based upon a lost wages to fine ratio analysis? You bet! That’s how its deliberately rigged.

I also frequently demand the County seat at the time of the ticket being issued when I am in a city other than the main one. As an example, the City of Long Beach, Santa Monica, Manhattan beach, Redondo, etc., these are not County seats, so upon your motion at arraignment AFTER you entered your not guilty plea, they must transfer it, where it will get delayed some more, and usually past the 45 days Statutory time.

I learned the basics via a totally righteous book called Fight Your Ticket By David Brown via Nolo Press. That became the foundation for these advanced tactics not referenced in the book.

Another diabolical tactic I have used with 100% success is to ignore summonses/bench warrants, then after 12 months, filing a Serna Motion. People v Serna says that if the police fail to take you into custody and bring you before a magistrate within 12 months of the issue of a warrant, the delay is unfairly prejudicial against your ability to defend yourself, you needn’t prove prejudice, and unless your whereabouts could not be determined by a routine investigation, not only must the warrant be dismissed, but must the charges it arose from! EPIC!

These are just a few of the tactics I developed, everything from demanding a stenographer paid for at the expense of the state (In re Armstrong Motion, also see March v Muni Court, Mayer v City of Chicago), to formally subpoenaing a cop, so that when he does not appear, you can move the court to find sufficient cause to hold the cop in contempt of court for disobedience to a lawful subpoena, then demand a bench warrant be issued for his arrest. (Courts don’t formally subpoena traffic cops.)

Now of course the trial lawyers will require I advise you to not rely upon any of my experiences and to tell you this is not legal advice to be relied upon, and to consult with an attorney, blah blah.

Good luck, and give them hell, it’s your PATRIOTIC DUTY to ALWAYS challenge the government.