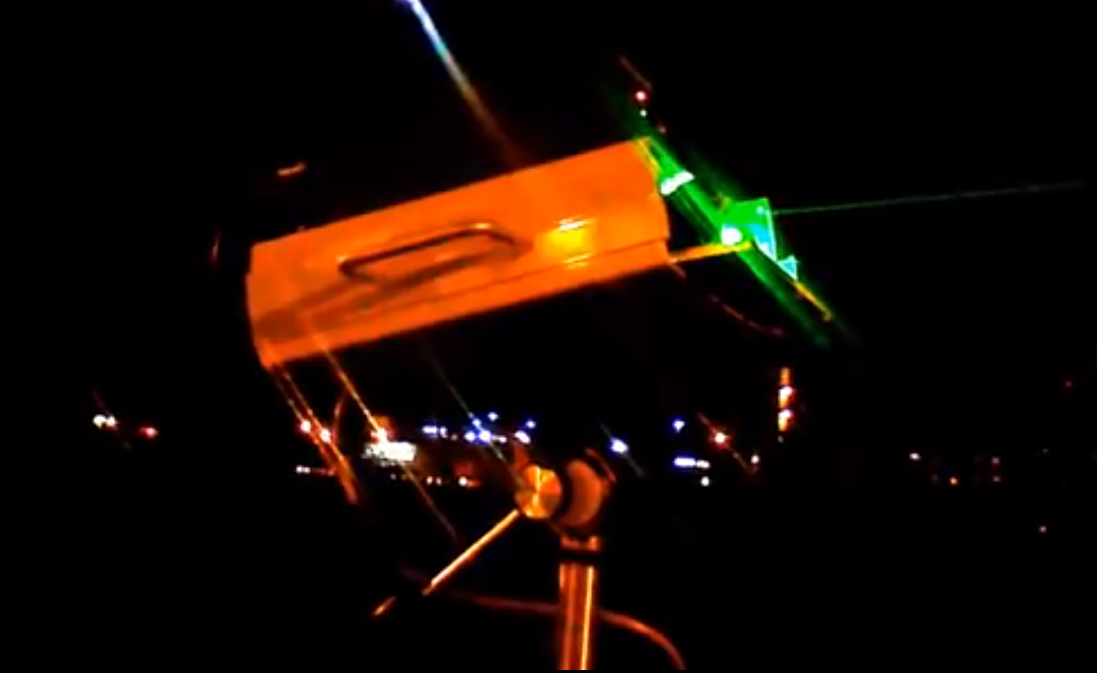 Earlier this month, those who descended upon Manchester’s waterfront to view fireworks witnessed the last use of the Green Beam Laser in the ‘shire. The device wasn’t stolen by area gangsters (though that was in the past threatened), but was sent to those active with the newly-formed Dayton Cop Block.

Bill D., the Manchester, ‘shire-based creator of the Green Beam Laser, which has been effectively used to warn travelers of nearby checkpoints and road pirate activity, posed this question, about the significance of July 04th:

Much love to Bill D.! His entrepreneurship, technical know-how, and chill demeanor when out on the street, coupled with the documentation and dissemination of content, has been an awesome combination. Perhaps it’s not surprising then, that Bill is hard at work on the Green Beam Laser 2.0.

If you appreciate Bill’s efforts help him make the Green Beam Laser 2.0 a reality.

Bill told me recently that he’s only 700-FRNs shy of his goal for the new set-up.

Make that 650-FRNs as – taking a cue from Derrick J. Freeman – I just donated 50-FRNs via Bitcoin.

SEE MORE OF THE GREEN BEAM LASER IN ACTION