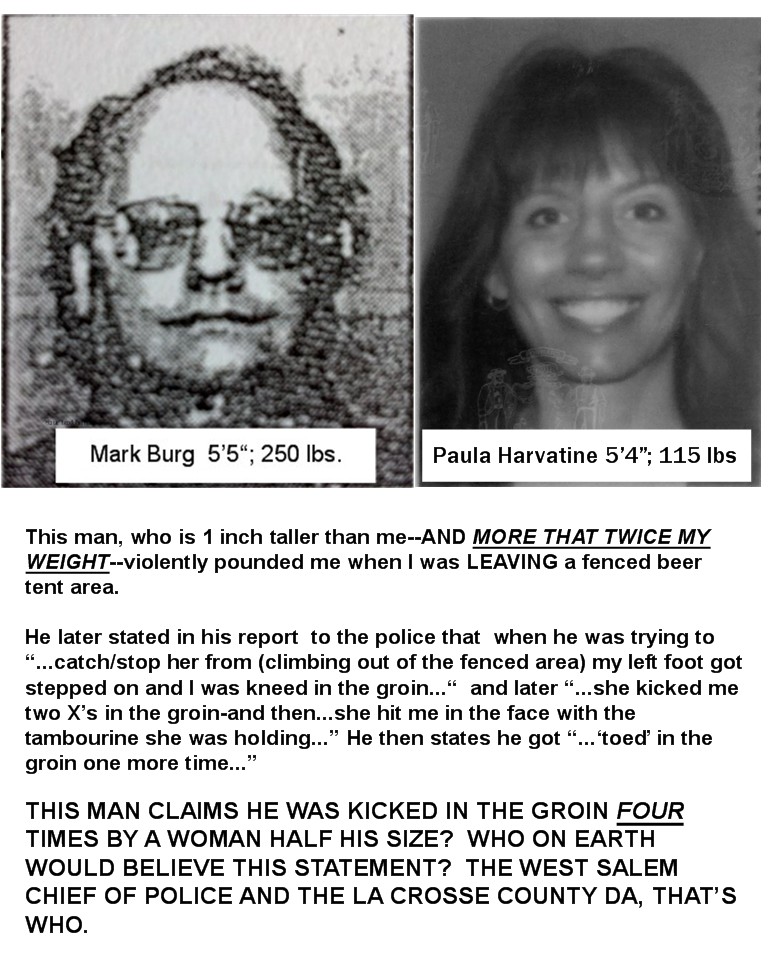 A veterinarian in a small town in Wisconsin fights back after being beaten up and maimed for life by a local festival security guard and then falsely arrested on criminal charges of battery and disorderly conduct by the local police.

Is Wisconsin a police state?

I believe I was falsely arrested by the West Salem Police Department in 2009. What law gives the police the right to arrest me based on the claim of another human being–a security guard–with no investigation? If there is such a law, that law must also apply to my claim that he beat me up–and yet he was not arrested, even though the police chief took photos of me which clearly demonstrated my injuries. What law states that the police get to decide who to believe and who to protect? Is a security guard with a criminal record higher up in the hierarchy of who gets protected by the law than a veterinarian or any other citizen? That list should be published so that I know where I stand.

Please see my website, www.iamawomanandimatter.com, especially the tabs labeled “False Arrest” and “The Blue Wall.” Also, “The Jail” video shows that the arresting officer did not even get the name of the man who accused me—he just arrested me because he could.