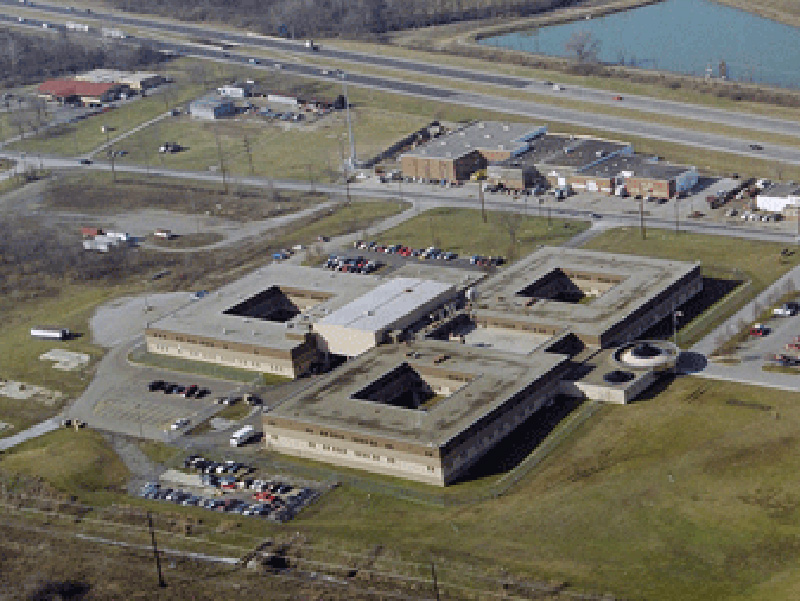 I saw all of what I’m about to share in just 40 hours locked in the Franklin County Corrections Center for a traffic violation that was dismissed. I was in holding until I was bussed to the courthouse. The dorm had sewage on the floor from a broken toilet. A woman had been there 5 1/2 months and had never experienced any recreation; people only get out of the dorm for court or the hospital. Inmates are given just enough food to survive and sometimes it is rotten. A woman with active hepatitis was among a group of women taking turns having sex with each other in the corner. There was no supervision or checks. Blood was on the floor from the beating someone received before I arrived. Violent felons were housed with those who’d committed misdemeanor crimes. Air-conditioning and cold water was turned off for punishment of the entire dorm. It was over 90 degrees outside.
Some people are really sick and medical care does not exist. They seem to operate on a “take them to the hospital if they might die” medical plan. A woman had a seizure while arm-locked and cuffed to another woman, packed into a court holding cell like sardines in a can, because they refused to give her meds. This happened just after the judge “released” her. She was taken to the hospital for over 12 hours, then brought back to be processed out, which didn’t happen for 15 more hours and they still wouldn’t give her the hospital prescribed meds. Verbal abuse is the standard means of communication. They wouldn’t give me meds for diabetes or high blood pressure. It’s a miracle I didn’t leave in an ambulance, or maybe the ambulance would have been the miracle.

I wasn’t allowed to make a phone call until after 18 hours incarcerated, nor was I allowed to contact a lawyer before court. I wasn’t allowed to have bra or underwear and my pants were so big they didn’t stay up; I had to walk around holding them until someone gave me an elastic from her underwear band. My towel was dirty and stained with blood. I was not given a cup to drink cloudy water from a hand sink or a toothbrush or spoon. Laundry is a bar of soap and the shower. People in drug withdrawal are ignored. Meanwhile, they were either vomiting or shitting and it didn’t always make it to the toilet or “sewage area.” Bright lights stay on 24/7.

I had never been arrested in my 38 years on earth and I actually was innocent. The judge dismissed charges at 10:30 am and I didn’t get out until 2 pm the next day. My debit card was stolen and of course they take your cash. They had also taken my driver’s license. I was out on the street not even knowing where I was. I had just moved to Columbus two weeks prior. My phone had just enough power to call a taxi. Since I had no cash or debit card, only by the grace of God I happened to have my birth certificate and social security card and could withdraw money from the bank to pay for the taxi. It ended up costing $170, partly because the driver waited for me at the bank. I’m thankful they didn’t put me out in the middle of the night, as they do some people every night. I was told I’d be able to make a call when I was released, but that didn’t happen either.

This place pretty much breaks every administrative code written regarding safety, medical issues, cleanliness and more.  Dogs at the humane society live in luxury compared to human beings incarcerated at the “work house.”