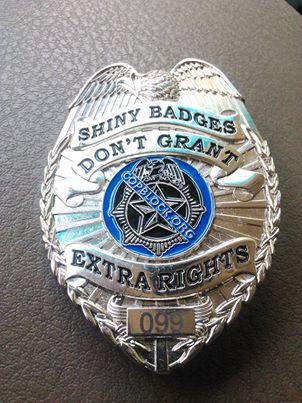 Tucson AZ CopBlock is a decentralized group run by individuals around Tucson who are committed to promoting police accountability. We believe that badges do not grant extra rights, and that it is unjust to hold the police to a different or higher standard than that of the average citizen. We are opposed to the injustice of citizens being harassed, or having their lives ruined by law enforcement (and courts) and we are opposed to the prosecution of victimless crimes. To hold police accountable for these injustices, we expose them.

A main focus for the Tucson AZ CopBlock group is to try to spread awareness about the increasing number of marijuana arrests in Tucson. Not only are they victimless crimes, but medical marijuana patients are being harassed for legally possessing their medicine, or are arrested for bogus DUI charges. In order to help support the community, we are also willing to attend and support citizens at criminal proceedings. We believe that the police should be spending their time actually trying to protect and serve, rather than trying to generate revenue for the state.

Another focus of ours is spreading awareness by informing anyone and everyone about how to behave when confronted by a police officer. We also want to inform people about the US Constitution, namely the first, fourth, and fifth amendments. We want to make sure that people know their rights, and when to flex them. We advocate taking full advantage of all the tools we have to arm ourselves in our activism, and stress the importance of technology such as the internet and camera phones. Filming allows you to have a transparent record of any situation. Citizens need to understand that filming is the most important tool we have to hold the police accountable and prevent them from abusing their power or from trying to take away our rights. Thank you to everyone who supports this cause!