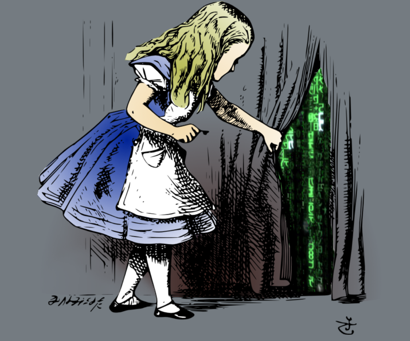 The excerpt below was written by Jeff Knaebel and included in #137 of the newsletter, The Voluntaryist, edited by Carl Watner, in 2008 under the title: How I Became a Voluntaryist: A Farewell to Tax-Financed Murder.

It is included here as it’s thought that readers of this site will find it thought-provoking, and because it points to some actionable steps that a person can take to align their actions with their thoughts.

If you are not supportive of militarized police, stop seeing the world through their paradigm and stop funding them with your wealth.

My purpose on this earth is not to finance destruction and murder, but to learn the practice of gratitude and reverence for all life. I seek a life of love and reason.

I have no loyalty to the Constitution of the United States. My loyalty to humanity supersedes any loyalty to a State or any other “constituted authority” founded upon and maintained by violence and coercion. How can a rationale man be loyal to a frozen-in-time document which had been drawn in secrecy for their own self-interest by a few rich and powerful men long since dead? What can be a man’s “loyalty” to a document which his so-called “representatives” and “leaders” have for generations abused, distorted and bent to their own evil purposes? Who did I appoint to commit murder in my name because of “loyalty” to the politically shrewd and cunning words of self-proclaimed “representatives” of people who nee knew them? I disown all of this.

Acquiescence to this charade masks us sheep, corralled behind a fence of words, herded by rapacious lawmakers, marched to slaughter under the delusion that we voted for it.

We make a mistake to plead and litigate with our masters using only the tools they have provided us. We cannot prevail within a frame of the same rules by which we are enslaved. By this pleading, we only feed the monster with our energy and one. We must take back personal responsibility for our independence and for our survival. One way is to exercise our natural right to ignore the State, to renounce it, and to work at building an independent life, accept neither the State’s “benefits” nor its costs, to the extent we are able to avoid them.