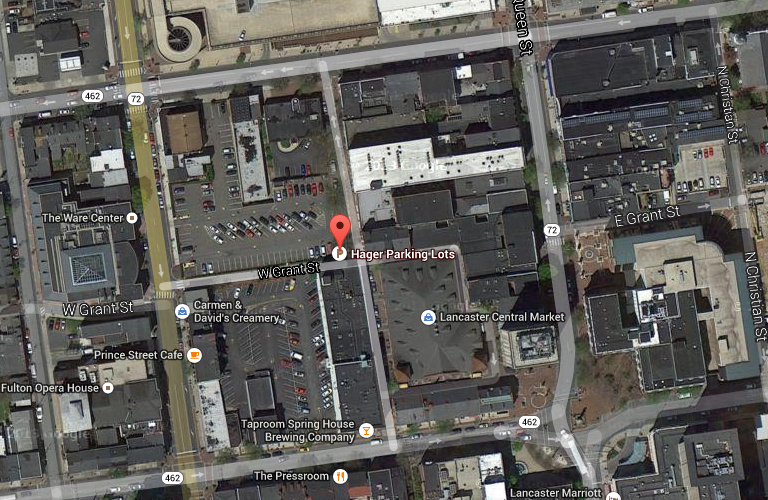 It’s occurred yet again – another instance of puppycide. This time, in Lancaster, PA, about 80-miles west of Philly.

The dog’s owner said the use of deadly force was unwarranted. Multiple witnesses echoed that sentiment, including one many who physically tried to stand between the police employees and the dog.

Meredith Wilterdink, who works at a nearby eatery, described the scene:

He’s not scowling or growling but this one cop has a rifle and he’s threatening to shoot.

I don’t understand why they had to shoot him; he didn’t hurt anybody.

The still-unnamed police employee was so driven to kill the dog, it seems, that one man present was put into handcuffs when he chose not to move upon dictate. Once that dose of tyranny was administered, the dog was executed and the man was released from his constraints without further threats.

Witnesses said the animal didn’t go after anyone:

The dog got loose and ran away from the officers in fear, but as it was running away the one officer tased the poor pitbull. The officers then surrounded the dog and shot it twice!

Bill Hickey, who, though not at the scene, felt compelled to run damage control for his killer colleague, told area media:

There were a lot of factors here — rush hour in downtown, a busy street, a public parking lot — that made for an unfortunate outcome.

It’s telling that Hickey left off that list of factors the reason this situation is getting attention – the action of the person who pulled the trigger. That person is responsible.

The mission of the Lancaster Police Outfit is to, “provide outstanding service with professionalism and integrity.” Yet their actions have been the polar opposite [which isn’t altogether surprising, after all, their “customers” are forced, at the barrel of a gun, to pay up, or else], the shooter’s colleagues are running damage control, replete with an “internal investigation.”

I noted that I was recording the call and solicited the name of the shooter. I was told that there was “no additional information at this time.” I asked if I was off-base in likening this to a double-standard. I pointed out that if had shot and killed someone in Lancaster, my name would be in the newspapers the following day, yet that has not happened in this situation, despite the passage of days. Again, I was told that the shooters’ name “has not been published.” So much for accountability.

Those at the Lancaster Police Outfit state that Tom and Leo, the two dogs who roll with their crew, are each “considered to be an actual officer and they have their own badges.” What may happen if you were to take the life of a police dog? Most likely, you would be targeted with the full resources of the injustice system. In fact, earlier this year in South Carolina, one man who killed a police dog was told that he’ll be caged for 35-years.

Do those within the Lancaster Police Outfit plan then, to open a murder investigation on their colleague, the shooter? Or do their actions demonstrate that they believe the lives of police dogs, just like their own lives, have more value? Tell them to make public the name of the individual who acted. Ask them if they will start a murder investigation, as would surely be the case if one of their four-legged partners were slain by a stranger. Tell them it’s situations like this that have caused you to lessen the legitimacy you grant to police outfits.

But what about ‘officer safety!!’ some may chime in?

According to statistics kept by Officer Down Memorial Page – which is probably one of the least-likely to skew information that would allow people to see through the thin blue line veneer, no police employee has been killed in the last five decades from a dog. Zero.

Yet how many police employees have taken the lives of our four-legged family members? As concluded one witness:

I simply can’t comprehend the audacity that these officers have, to act so unjustly, and in broad daylight in front of so many people. I hope this event sends a message to the people of Lancaster city.

Props to my friend Wes, who sings in the Lancaster-based outlaw metal band From Under The Willow, who first put this incident on my radar, along with this message:

Hey man.. A few of my friends witnessed this and said it was completely unjustified .. We are trying to get people to see that these things do happen here.. Not just Los Angeles and NYC and shit.. It’s real. And it’s everywhere… I’m a pitbull owner.. And this really upsets me cause I don’t feel safe taking my dog out anymore..