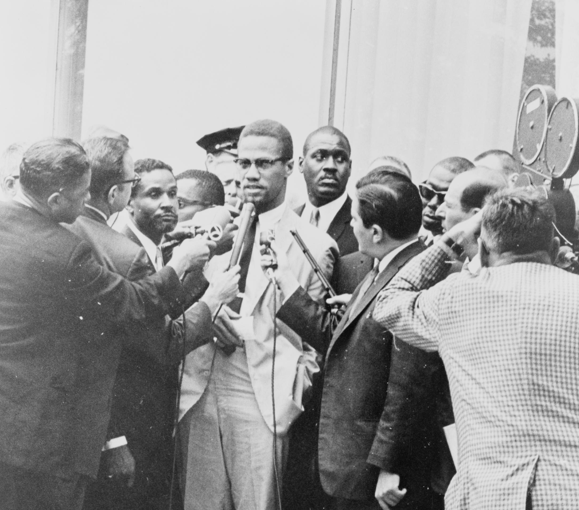 couple years ago I read Malcolm X’s autobiography. Many aspects were thought-provoking, but perhaps the biggest take-away I had was how he, as an individual, chose to continually evolve.

Before Malcolm X, as a 39-year-old was killed, he was espousing ideas based on love of humanity – views that were in almost direct opposite to those he acted upon decades prior, when, after arriving in Harlem, he was involved some activities that caused victims.

It was only because Malcolm X questioned the world around him, sought to be exposed to more ideas, and searched for truth, that he didn’t stagnant. He was humble enough to discard ideas thought destructive, or less-efficient, and embrace those that better-aligned with his conscience.

We should each strive to do the same.

Police employees, if you self-identify is intrinsically tied to your gig, then it will be much more difficult for you to consider other ideas that question how that “service” is provided. For example, you may have goals that are worthwhile – to protect – but refuse to talk about, or even think about, ideas that may suggest means than those you’re presently using. Another thing I learned from The Autobiography of Malcolm X, described on page 238, was of an incident that unfolded in 1958 Harlem.

It makes clear the power that the court of public opinion wields, and in focusing attention on the aggressors directly. And today, over 50 years later, we can add a camera to that equation.

Two white policeman, breaking up a street scuffle between some Negroes, ordered other Negro passers-by to “Move on!” Of these bystanders, two happened to be Muslim brother Johnson Hinton and another brother of Temple Seven. They didn’t scatter and run the way the white cops wanted. Brother Hinton was attacked with nightsticks. His scalp was split open, and a police car came and he was taken to a  nearby precinct.

The second brother telephoned our restaurant. And with some telephone calls, in less than half an hour about fifty of Temple Seven’s men of the Fruit of Islam were standing in rans-formation outside the police precinct house.

Other Negroes, curious, came running, and gathered in excitement behind the Muslims. The police, coming to the station house front door, and looking out of the windows, couldn’t believe what they saw. I went in, as the minister of Temple Seven, and demanded to see our brother. The police first said he wasn’t there. Then they admitted he was, but said I couldn’t see him. I said that until he was seen, and we were sure he received proper medical attention, the Muslims would remain where they were.

They were nervous and scared of the gathering crowd outside. When I saw our Brother Hinton, it was all I could do to contain myself. He was only semi-conscious. Blood had bathed his head and face and shoulders. I hope I never again have to withstand seeing another case of sheer police brutality like that.

I told the lieutenant in charge, “That man belongs in the hospital.” They called an ambulance. When it came and Brother Hinton was taken to Harlem Hospital, we Muslims followed, i loose formations, for about fifteen blocks around Lenox Avenue, probably the busiest thoroughfare in Harlem. Negroes who never had seen anything like this were coming out of stores and restaurants and bars and enlarging the crowd following us.

The crowd was big, and angry, behind the Muslims in front of Harlem Hospital. Harlem’s black people were long since sick and tired of police brutality.

And they never had seen any organization of black men take a firm stand as we were.

A high police official came up to me, saying “Get those people out of there.” I told him that our brothers were standing peacefully, disciplined perfectly, and harming no one. He told me those others, behind them, weren’t disciplined. I politely told him those others were his problem.

When doctors assured us that Brother Hinton was receiving the best of care, I gave the order and the Muslims slipped away. The other Negroes’ mood was ugly, but they dispersed also, when we left. We wouldn’t learn until later that a steel plate would have to be put in Brother Hinton’s skull. (After that operation, the Nation of Islam helped him to sue; a jury awarded him over $70,000, the largest police brutality judgment that New York City has ever paid.)