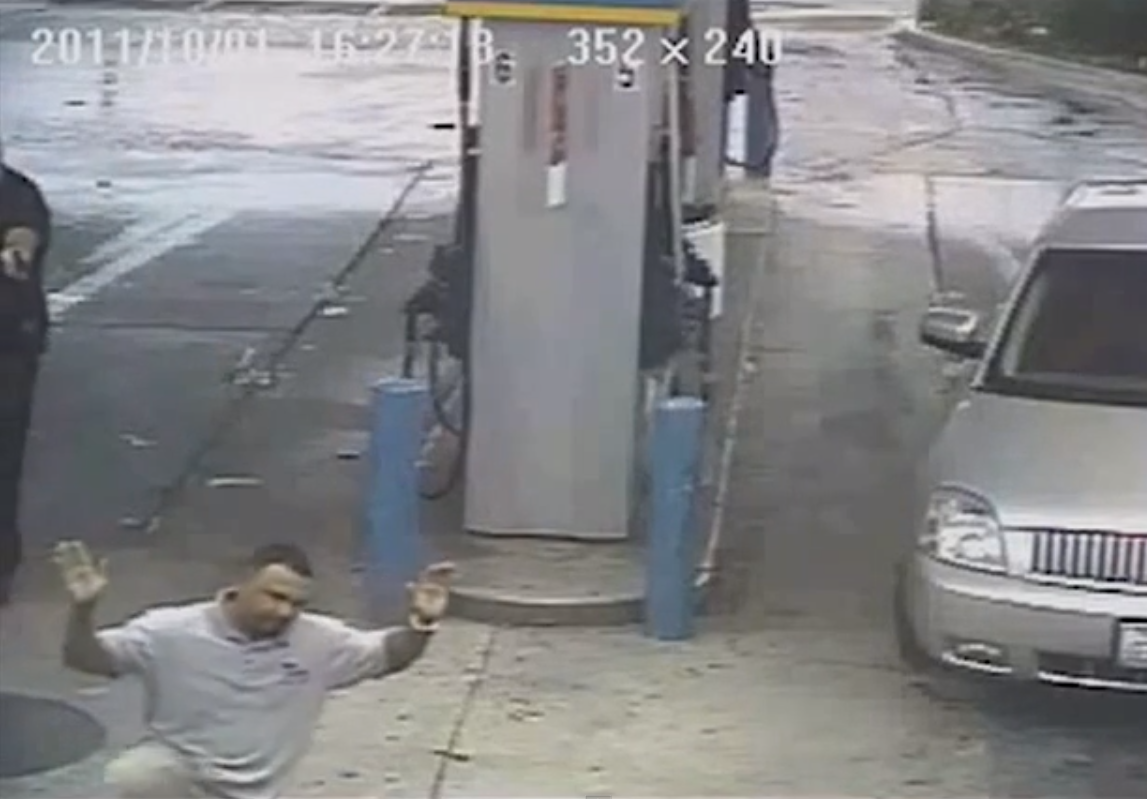 Rossi was ordered to the ground. Still unsure of what provoked this undesired police “service,” Rossi got down on both knees and raised both hands into the air. It was at that moment that Glenn Walkup, an employee of the Martinez Police Outfit, squeezed the trigger of his Taser, aimed squarely at Rossi.

“My body was completely immobilized. It was the most painful experience of my life” Rossi later said.

After being brought to the local cop shop, Rossi was threatened with time in a cage for allegedly “resisting.”

Now Walkup, the triggerman, is no longer employed at the Martinez Police Outfit, and Rossi was awarded a settlement for his treatment.

What helped bring that conclusion? The fact that the exchange was captured on video.

Thanks to the gas station’s surveillance video, it is objectively clear to all involved that Rossi had not acted in the wrong – he was not a threat to Walkup or anyone present, and thus the coercive actions taken toward him were without merit.

The reason for the draconian police response? They had been fed misinformation by the woman upset at Rossi.

Said Rossi in an email sent to Cop Block:

In October of 2011 I was shot in the back, while on my knees by a bay area police officer, who was conspiring with my ex-wife to set me up. The incident was caught on gas station surveillance video and I filed a civil lawsuit against the officer, the department and the city. The officer is no longer working as a cop, and I was awarded a large settlement as a result of the lawsuit. I also went on to write a song about my situation and produce a music video that is based on true events.

Rossi, a rapper based in the Cali Bay Area, created this video to document the incident:

As Rossi makes clear in the video description:

Children should never be used as a tool in a separation. Ultimately the person who suffers the most is the child. The family law and justice systems are completely flawed, and easily manipulated by and catered to women, often times denying fathers of their parental rights. Although I can’t change the system, I can at least use my voice to raise awareness about this problem. If it happened to me, it could happen to you.