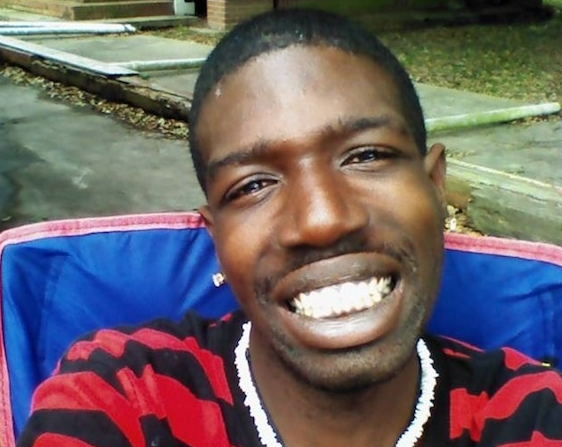 Which employee of the Iberia Parish Sheriff’s Outfit will be the first to speak out?

According to statements made by Louisiana State Police immediately after the incident, on March 2nd, 2014, 22 year old Victor White, III, of New Iberia, Louisiana, was stopped by police. Police suspected White was involved in a fight at a local convenience store. A deputy searched White, found narcotics on his person and arrested him. White’s hands were cuffed behind his back. He was placed in the back of a patrol car, then transported to the Iberia Parish Sheriff’s Office. Upon arriving at the station, White refused to exit the vehicle. As the arresting deputy called for assistance, White retrieved a handgun that he was hiding in his pants, then shot himself in the back. White was pronounced dead at a local hospital later that day.

In the five months that followed, the family was kept in the dark. No new information was released. Then, late last week, the Iberia Parish Coroner’s Office released the first page of the autopsy report. The autopsy, performed the same day White died, describes no back wounds at all. Instead, his cause of death is described as a gunshot wound to his right chest that passed through his left lung and heart, exited through his left armpit, and lacerated his upper arm. Although the autopsy still reports the official cause of death as suicide, the evidence suggests otherwise.

Yes, you read that correctly. The official police story, now corrected for accuracy by the autopsy is… White was stopped and thoroughly searched. Police found drugs, but no weapons. Then White, while seated in the back of a patrol car, with hands cuffed behind his back, miraculously produced a gun missed by deputies during their search. White then shot himself in the chest.

The claims made by the Iberia Parish personnel are ludicrous.

Fortunately, those closest to Victor – his parents Victor Sr. and his mother Vanessa, and the rest of his family – aren’t buying the story spun by those responsible. They started a GoFundMe campaign fundraiser, noting,

We are asking for your financial support as well as your prayers to help us bring to light the truth in this situation… We need to be able to produce an independent autopsy report… We vehemently disagree with its conclusion that my son shot himself in the right side of his chest while his hands were cuffed backward. This what they are asking us to believe is nearly if not completely impossible.

I’ve already put the unjust death of Victor White III on the radar of those active with the Louisiana-based groups listed at CopBlock.org/Groups, in the hope that someone invovled with one of those outlets will have the ability to dig into this situation.

How You Can Help

My son didn’t shoot himself. I never believed it. I won’t believe it.
– Victor White Sr.

This story is reminiscent of a situation that happened in two years ago in Jonesboro, Arkansas, in which another gentleman – Chavis Carter – was claimed to have shot himself while handcuffed in the back of a road pirate vehicle. Carter, like White, was said to have committed suicide with a handgun that had been overlooked by his captors.

August 29, 2014
The video below Victor White III handcuffed from behind allegedly shoots himself in chest according to coroner was uploaded on August 28, 2014 to the NC-based Black Talk Radio, which seeks to:

1) To continue the vision of Malcolm X in using media to eliminate racism and educate people. 2) To promote media that matters to the masses 3) To teach others about the value of media and how to create it.