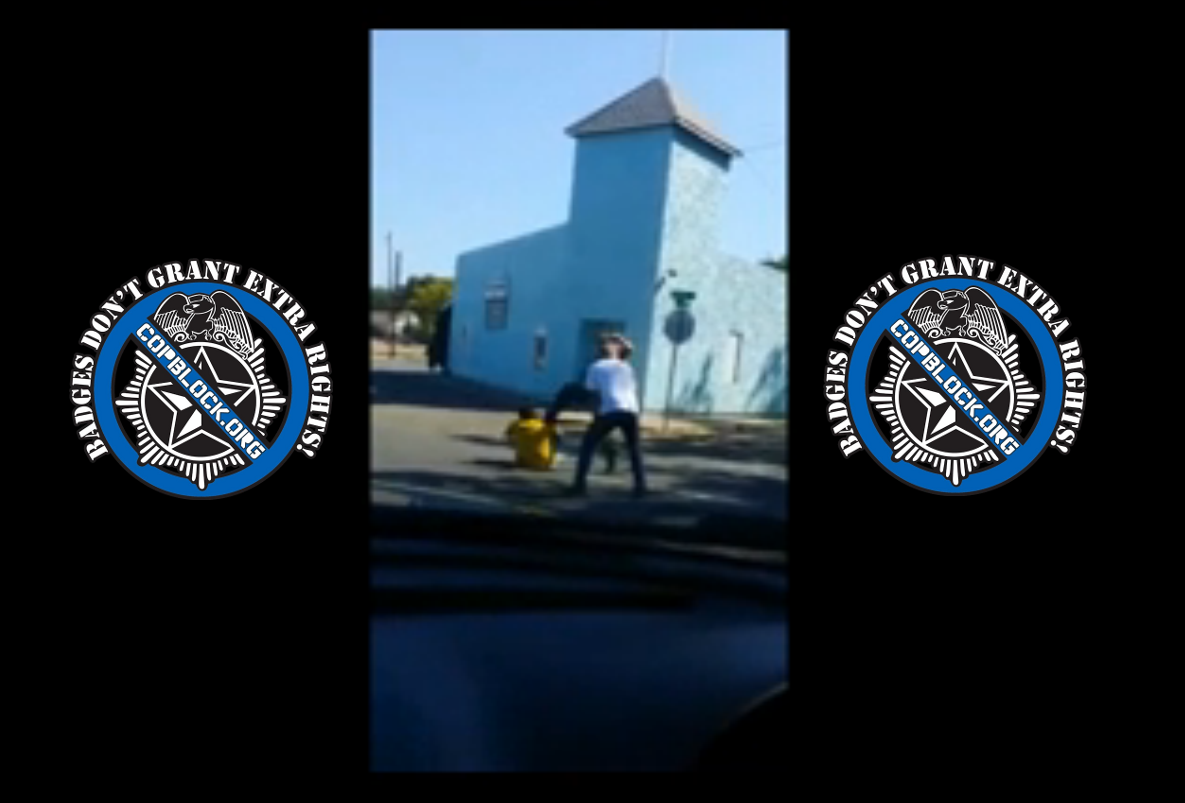 Update: An “investigation” by District Attorney Mike Ramsey has determined that Deputy Burnett’s kick to the head of a seated person was a “textbook” use of force.

Sam Burnett, an employee of the Butte County Sheriff’s Outfit, kicked a man in his head who was sitting on the ground.

Korey Honea, the head-honcho of the Butte-based outfit, told ActionNewsNow.com “that he immediately launched an internal investigation to see if the deputy violated any policies.”

How can there be any question that kicking a seated person in the head doesn’t align with policies?

And a press release authored by Miranda Bowersox, another Butte County Sheriff’s Outfit employee doing damage control, framed the incident as a fight, of which the video captured only the end.

an internal investigation into this incident and has requested an independent investigation through the District Attorney’s Office. Deputy Burnett has been reassigned from patrol duties

In layman’s terms, that means Burnett is still on the job, and still being paid – he’s just, until the public attention on this situation dies down – being kept off the street.

And, since neither the corporate news coverage and certainly not the press release mentioned it – all those cited – Burnett, Honea, and Bowersox, subsist on money stolen from their neighbors. They claim the right to extort to then protect. How can anyone ever buy into their claim that they stand for transparency and accountability?

The person who was kicked in the head was supposedly questioned by Burnett per an outstanding warrant. Many may default to then think that person was in the wrong – but we are unaware of why that supposed warrant was said to exist. What if it were due to a non-crime? What if you partook in an action that caused no victim, that some self-proclaimed rulers decreed was illicit, and who then hunted you down, and kicked you in the head. Would you be in the wrong at all?

Clearly, without the video captured by bystander Shawn Montana, the action Sam Burnett chose to take – to kick a sitting man in the head – would likely not have received as much attention, thus setting the stage for something even more egregious.

If you have or witness a police interaction – film!

The Butte County Sheriff’s Outfit employees seem more keen on making their paramilitary efforts – with a helicopter and Lenco Bearcat – seem normal to those they steal from (under the guise of protection).

Check out the double-speak employed by whatever Butte County Sheriff’s Outfit employee who shared the picture below to their Twitter account – I’m sure those girls desired the assistance of being caged for their non-crime. Oh – and by the way – the Butte County Sheriff’s Outfit is recruiting more to join it’s gang – just look at all the toys you could play with!

Thanks to Tim, who – recognizing the value in making more folks aware of Burnett’s unjust actions, shared this incident to Cop Block’s Twitter account.