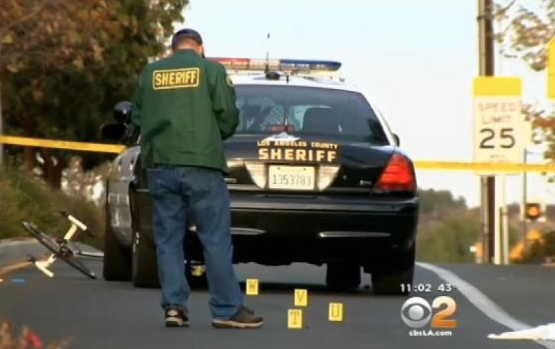 Former Napster COO Milton Olin Jr. was killed while biking last December when [Andrew Wood] a Los Angeles Sheriff’s Deputy lost control of his vehicle while using a laptop. Now, the L.A. County District Attorney is declining to bring charges against the deputy, saying there is not enough evidence to prove negligence.

So cops can text and drive, kill someone because they’re negligent driving, but it’s ok, because it’s part of their job. Wow!

This cop seems like a douche for then blaming it on the cyclist. He was even texting his wife; how is that part of his job?

Cops are above the law in this country. They know it and act accordingly. Disgusting.

From a related write-up on Yahoo.com:

This situation is yet another of the latest examples of those in the “justice system” saying the actions of a person wearing a badge are afforded different standards than the same action done by someone not wearing a badge, which should cause any thinking person to cease buying into that entire charade.

Also, it exemplifies the fact that legislation is not law. The people protecting Andrew Wood – who killed another human being – claim that he was not in the wrong per “Vehicle Code section 23123.5.” Commonsense tells us that individuals are responsible for their actions. For more, see the essays “The Myth of the Rule of Law” at CopBlock.org/Library

Andrew Wood works at the Los