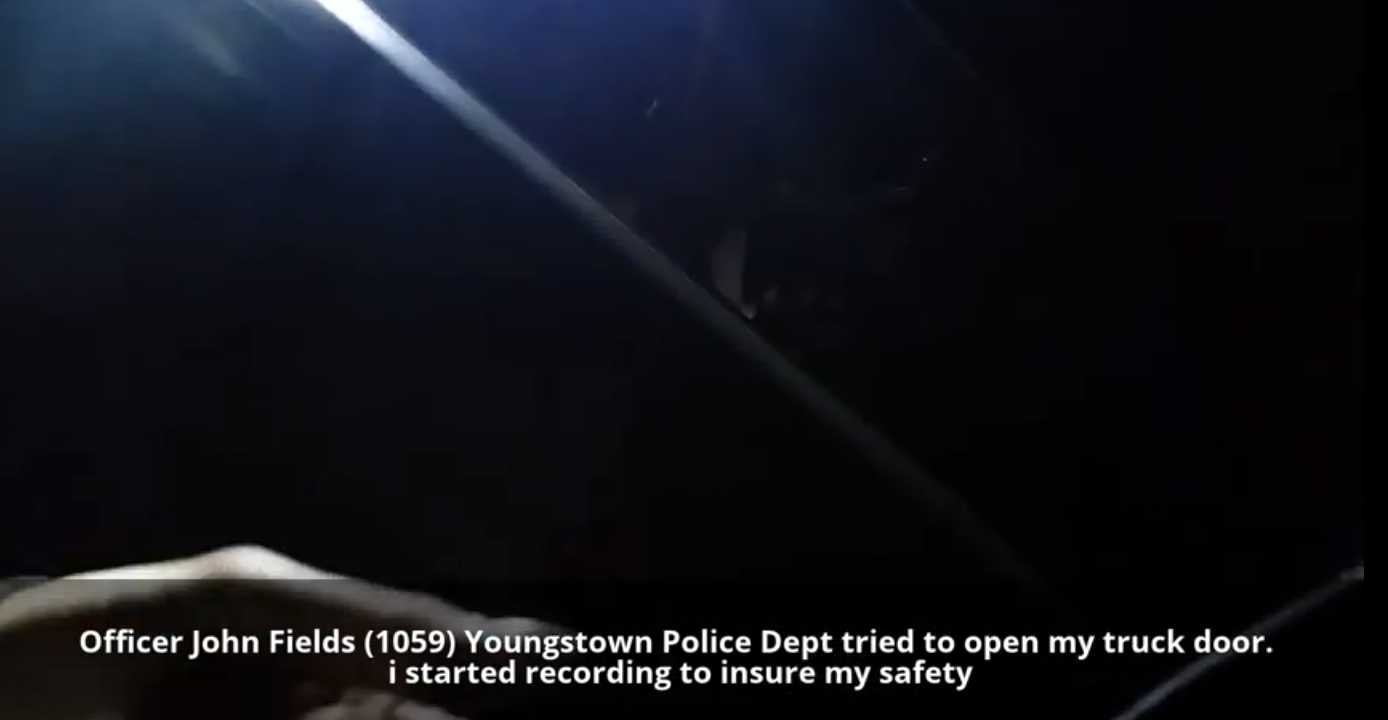 This content was shared by Hunter Sanders using the form at CopBlock.org/Submit. It documents clearly the unwarranted aggression and lies put-forth by Youngstown police employees John Fields #1059 and Hannah Banks #1135. Sanders did an excellent job – he filmed, he knew his rights and asked questions, and he remained pilot but firm. Without the camera, who knows how Fields and Banks may have escalated the situation.

I was sitting on my car in front of my house drinking a redbull around 12:30 am on august 29th 2014. The police were called to a house across the road from mine. After leaving the neighbors house the two officers had a short chat in the neighbors driveway then walked up to my window.

I rolled my window down about half way. He asked me why I was there and who I was. I told him my full name ‘Hunter Sanders’ and that I was in front of my home. He asked to see ID. I asked him why I was being detained.

An obvious look of frustration came over him and he quickly pulled up on my door handle. It didn’t open.

At this point I was scared for my personal safety so I started recording.

He repeatedly asked me for my ID and I repeatedly asked him if I was being detained. He says yes but never says for what crime. He states I’m sitting in my car when its late. I state to him its not a crime.

After the typical super cop mumbo-jumbo he refused to give me his name and badge number.

I politely asked the woman officer for her name and badge number and she replied ‘you didn’t tell us your name’. Which the video clearly shows I did.

The next day I called the Youngstown police department and got their names and badge numbers. The male officer was John Fields 1059 and the women officer was Hannah Banks 1135