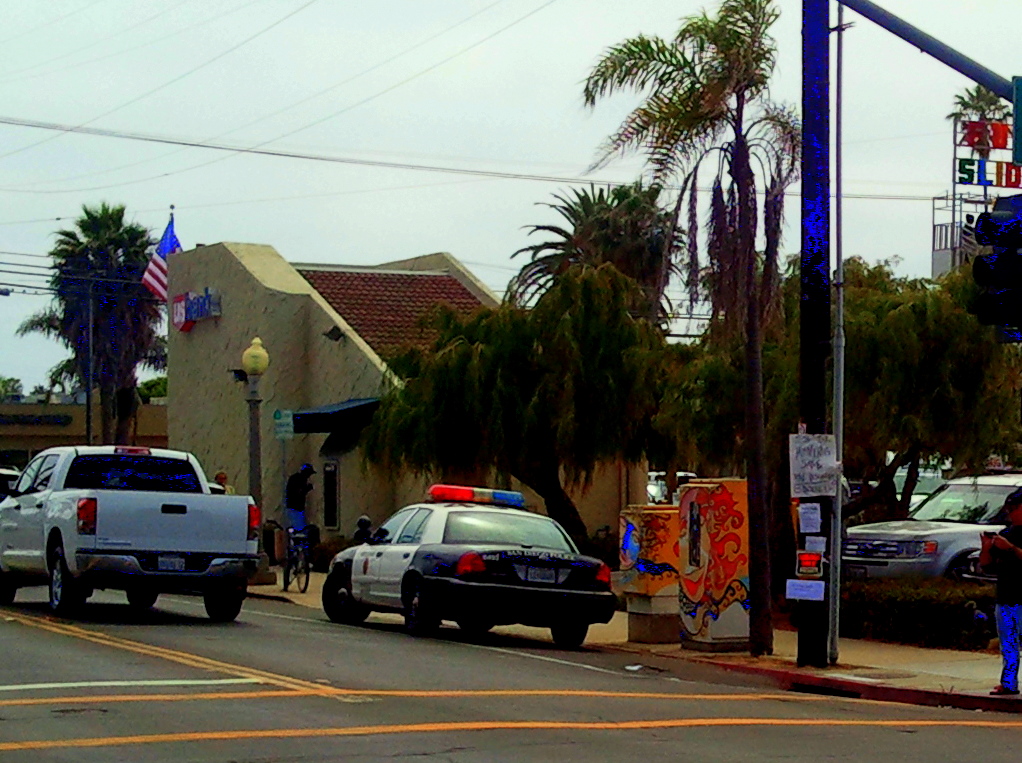 Earlier this month, we covered the Kelly Thomas murder. Cops were allegedly responding to a report of an unidentified man attempting to burglarize cars. Cops stopped Mr. Thomas, who tried to remove himself from the situation. According to multiple witnesses, police then repeatedly beat Mr. Thomas with weapons and shot at him with Tasers. They kicked in his face and crushed a knee or two into his throat as he screamed for god and his father. He died in the hospital several days later.

One witness was purportedly recording the events on her cellphone. Police accused her of “interfering” with an investigation and demanded she cease recording. She refused, and was assaulted and battered. Another witness believes the witness with the cellphone was eventually taken into custody (interview with that witness here). I say assault and battery even though the account of the witness indicates she was grabbed and arrested because that is what assault and battery are, under the legal definitions used by police. Police like to scream assault and battery when you so much as scratch or spit at them, but when they twist arms and drag people off to jail, they like to call it “restraint” or “taking into custody.” Let’s be intellectually honest and call it what it is. If spitting on someone is assault, then certainly grabbing their arms and hauling them off to jail for wielding a cellphone camera is assault and battery.

The cops who seized the video were unnecessarily paranoid. They failed to place due trust in the thoroughly corrupt and evil system that almost always takes their side. Predictably, the vile ranks of law enforcement have treated this whole matter as less than problematic. The District Attorney’s office claims to be investigating, but any idiot can see through their lame and laughably transparent attempts to deceive the public. All of the officers are on paid vacation, while no charges have been filed. District Attorney Tony Rackauckas actually said his office is trying to determine whether officers used excessive force. Hmm, let’s think about that one.

The guy died, didn’t he?

Last time I checked, the penalty for being in the proximity of a car burglary – or even for being an actual suspect of the burglary – is not death. If the penalty for having the misfortune of being near a suspected burglary is less than death, then by definition, death penalty for such a transgression would be excessive.

Legal definitions can put a twist on things. So maybe the force was “excessive” based on a layman understanding, but what about the legal definition of excessive force? Legally, excessive force means the force used was unreasonable. So if this matter is actually debatable in Mr. Rackauckas’ mind, apparently there’s a chance beating a possible burglary suspect to death is “reasonable.” Reasonable if you live under tyranny, I suppose.

According to the Washington Post, “Rackauckas said prosecutors generally can file murder charges if they find that officers acted with such malice that it approached an intent to kill.” Yes, they can. But Rackauckas is being disingenuous here. Intent to kill is not required for a murder charge.

California Penal code 187  defines murder as the “unlawful killing of a human being, or a fetus, with malice aforethought.” Malice aforethought can be express (intent to kill) or implied. Malice is implied if a defendant intentionally committed an act, the natural consequences of which were dangerous to human life, the defendant knew the act was dangerous, and acted with conscious disregard for human life (see CA jury instructions on malice here). Thus, intent to kill is not necessary for a murder charge.

Are we really to believe that when these 6 officers beat the living shit out of Mr. Thomas, they did not intend to beat him? Unless they were all suffering from involuntary epileptic seizures of some sort, this is not a credible claim. The 6 officers intentionally beat Mr. Thomas, which is an act that is dangerous to human life. The officers knew this was a dangerous act (even if you do not think officers are the brightest bunch, surely they know repeated beating and Tasering is dangerous), and consciously beat him until he was almost dead. If this not adequate grounds for a murder charge, I’m not sure what is.

And of course, when they murder someone, the taxpayers foot the bill. Mr. Thomas’ father was offered a settlement of $900,000 from an attorney representing the City of Fullerton. Why completely innocent residents of Fullerton who have never committed violence, much less murdered a man, should have to pay for the crimes of 6 heinous scumbags is beyond me.

This is to say nothing of the fact that if these officers were ordinary people, they would have likely been charged immediately, severely, and probably with additional crimes they didn’t even commit. They would most certainly be in jail, with bail set high. Whoever seized the cellphone would likely be charged with tampering with evidence, obstruction of justice, resisting arrest, etc. However, as they are hallowed members of an elite gang, they are treated with undeserved deference and leniency, and when they destroy evidence, they are just doing their jobs.

For regular updates on this event, visit Friends of Fullerton’s Future. They have an entire page devoted to Kelly Thomas.