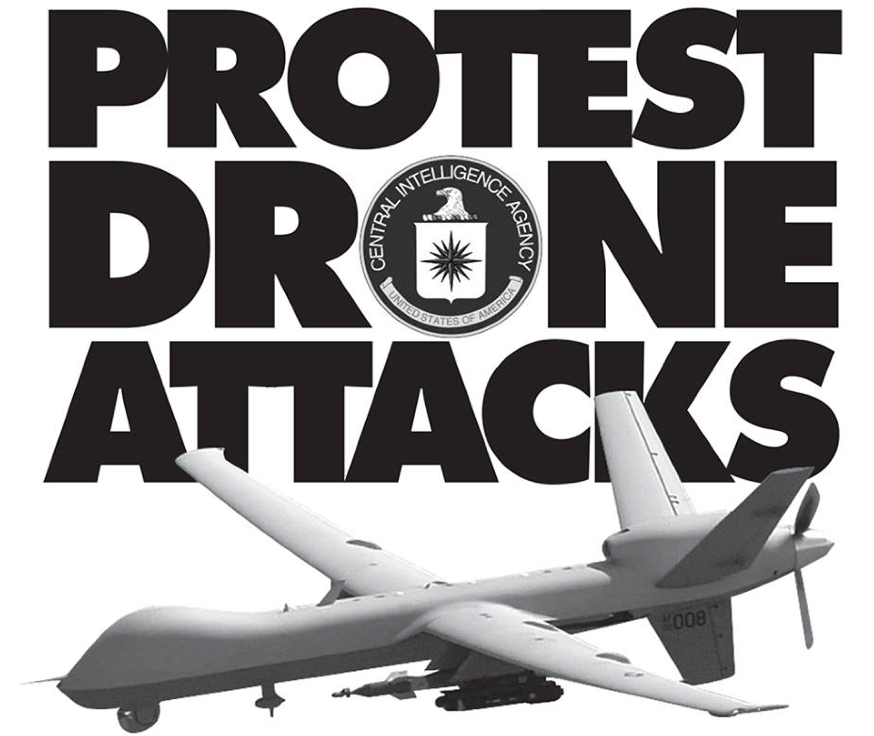 The information below was shared by Dylan, one of the folks active with Tucson Cop Block, via CopBlock.org/Submit

Tucson 9/11 March Against Drones is a protest to show disapproval for drone use, NSA spy programs and much more.

…No permits or collecting of money. Rally and March 5:30pm on Sept 11th, 2014 at Estevan Park, 1001 N Main (2 blocks S of Speedway). March will proceed to De Anza Park. Around 6pm an 8 foot long drone on poles will appear and fire a missile (really a big plastic crayon) at the marchers who will die-in. Youtube video will capture the street theater…

Already, police outfits in Seattle, San Diego and elsewhere, have drones. Earlier this year a North Dakota man was the first in the USSA to be arrested with the help of drone surveillance. This is such big business – just an extension of the military-industrial complex – that colleges now offer courses on drone operation and maintenance.

Those who operate the drones have attempted to placate concerns about their use by stating that the drones are not weaponized, but I would add the word “yet” in that sentence. In true Fabian fashion, that is what will occur unless questions are asked and legitimacy is withdrawn – not just related to  drones, but to the entire apparatus that is built upon double standards, which uses fear and force to usurp liberty.