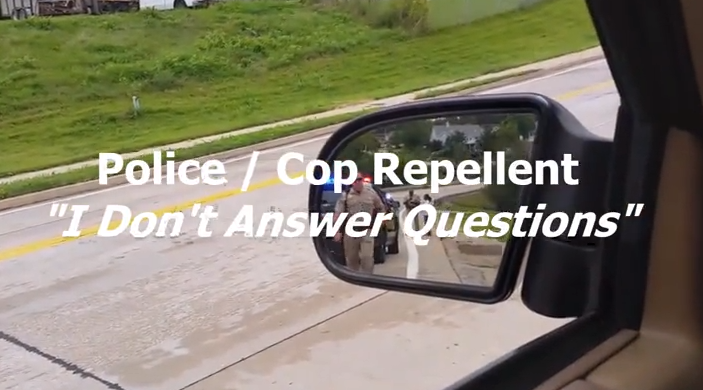 Kenny Suitter captured and shared this content, which showcases a tactic to not disclose information to those who are trained find illegal activity where none exists.

I pulled over to videotape what I thought was a traffic stop. There was a police car in front of, and behind, a woman with her son. They were both out of their vehicles being questioned by police. Apparently, it was an accident. Since there were only two police cars and her vehicle present, I can only assume she was involved in an accident with one of the officers. Anyway, it didn’t take them long before they wanted to know who I was.