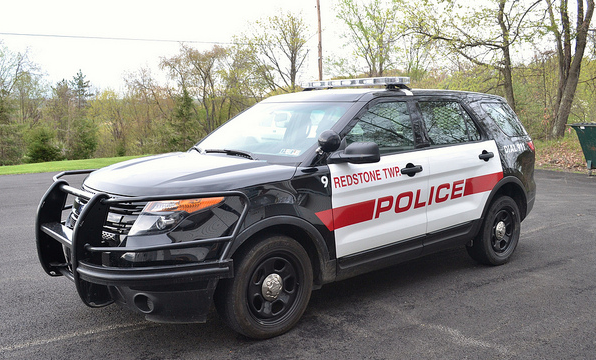 Matthew Murphy shared the content below via CopBlock.org/Submit to make clear the repeated violence exhibited by Redstone Township Police employee Norman Howard, toward his partner.

Redstone Township police officer arrested after domestic dispute in Fayette County, Pennsylvania. Charges dismissed last time Officer Norman Howard did this to another girlfriend. This is the second time this Officer has done this to one of his girlfriends. The first time he nearly killed her. However, the charges of course were dismissed and not picked up by the Commonwealth.

If this was anyone else the Commonwealth would have pursued the charges the first time, and this Officer wouldn’t have been able to do this again.

State police said they were called about 4:15 a.m. to a home on Wards Road, where they found 25-year-old Amanda Orris with a broken front tooth and a bite mark on her shoulder…

This is the second time Howard was charged with a physical fight involving a girlfriend. In 2010, state police charged him with simple assault and harassment, but charges were dismissed at the preliminary hearing.

Editors Note: A call was made to the number given for the Redstone Township Police Department to inquire if Howard is still employed, but it went to a fax machine. If anyone has a better number or any updates, please leave them as a comment.