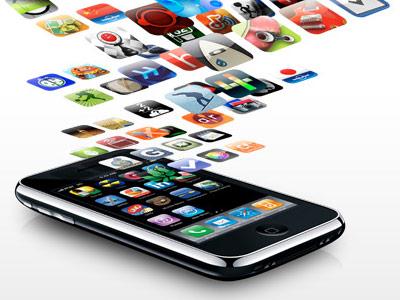 The post below, written by Michael Georgiou, points to a handful of apps that can help us safeguard our rights and focus attention on aggressors.

Through objective video or audio, or by sharing details of individual police employees who act in the wrong, we can ensure the narrative of the situation is not controlled by self-proclaimed rulers.

Be sure, if you download any of these apps, to test the functionality so you can operate them effortlessly if and when confronted by a hostile situation. Also, be sure, if you’re saving content to your phone (as opposed to streaming it off-site) to always have enough free space to record for 15min+.

The massive unrest in Ferguson, Missouri on the heels of the killing of an unarmed teenager by a police officer has been a wake-up call for many in the US. Yes, it’s a free country. And no, we should not have to fear the police. But often times, as this event is a sad reminder of, we need to protect ourselves from the cops.

We don’t want to speculate about the intentions of the police behind the actions they have recently taken, but it’s clear that certain communities do find themselves targeted as a result of this increasing “police militarization.”

In response, the American people have reacted strongly across the country and on the social media. It’s also very fitting (given the tech-driven times we live in) that this event has brought to light a string of mobile applications that aim at documenting and reporting police brutality.
Let’s look at a few such apps and the intentions behind them. We also look at why they are necessary today.

The story of three teen siblings from Georgia who came up with this app (still in the beta stage) has been widely documented.
Ima (14), Caleb (15), and Asha Christian (16) deserve tremendous credit for showing the imagination to design an app that aims to “document police abuse.”

The Five-O had been in development for a few months when Michael Brown was shot dead. His death shone a light on the efforts of the Christian siblings and they are now receiving support to develop the app.

The app allows users to “rate, review and store the details of their interactions with local law enforcement officers.” This includes any run-ins you may have with them. As more and more users rate various officers and departments, the app then aggregates the scores to bring you the general rating of police officers and counties based on their courtesy and professionalism.

The idea is for the people to identify the officers and departments that perform well, as well as those that abuse their authority. Bringing the negligent or abusive officers/departments to light in this fashion, the app makers hope, will trigger departmental reviews and promote fairer practices.

Ratings are subjective affairs, so we are not sure how the app gauges the fairness of the input of a complainant. It is too soon to comment on the effectiveness of this app; however, it is heartening to see young people taking an interest in making their communities a safer and fairer place.

This is an app by the New York Civil Liberties Union, aiming to document the stop-and-frisk practices carried out by the NYPD.

As per the Fourth Amendment, cops can stop and search those they suspect of carrying out a crime. If the police suspect you are armed, dangerous, or are carrying drugs, they can stop you, question you, and frisk you — pat you down over your outer clothing — to make sure you’re clean.

This stop-question-and-frisk policy of the NYPD hasn’t gone down well with common people or activists. Protestors have alleged that those of certain ethnicities are targeted more than others, and many have called for a complete stop to this practice, which is seen as humiliating and discriminatory. But despite the outcry, the practice goes on.

With this app users can record stop-and-frisk encounters and send them to the NYCLU with the details related to the incidents. The app also alerts other users in the vicinity about police stops, as well as lets you report incidents even if you did not record them.

If you are confronted by the cops when filming them, just show them the app’s in-built ‘Know Your Rights’ section and they should leave you alone.

This app, as the name suggests, is an initiative by the American Civil Liberties Union of New Jersey. It’s a simple and easy-to-use application which lets the users in New Jersey record their interactions with the police. It also contains a ‘Know Your Rights’ section, similar to that found in Stop and Frisk Watch, which the users can refer to when dealing with cops.

So if you live in New Jersey and are stopped by a cop without any reason and asked to provide your ID, you have the option of turning on this app to make a video or audio recording of the encounter. The app is built so that you can do this discreetly. The recording is then sent to ACLU-NJ for a review of any possible violations of your civil liberties. Since all the files are saved externally, they cannot be permanently deleted by the police even if they snatch your phone.

This is another app that can be used to record the behavior of cops, as well as that of TSA officials and military men and women. This app records the video discreetly, meaning there is no sign of a recording going on. It is then uploaded to openwatch.net where you can share it anonymously and bring to light police high-handedness, abuse, or corruption that you’ve witnessed or been a victim of.

Don’t we just love it when technology helps us make a difference for the better in the society? Such efforts are to be lauded. These apps are far from perfect, and are fighting bugs of their own, but they are a welcome step in the right direction as a police state is a worrying possibility, and for some, already a reality. We need many more such apps to be developed and put forth for public use all over America.

Michael Georgiou M.A of Business Communications, Marketing/Advertising University of North Carolina at Pembroke Michael Georgiou is a dynamic business and marketing professional in the marketing division of Wilson Law, PA based in Raleigh, NC. He is an entrepreneurial guru with a proven success record in creative strategy, online branding, project management, and communication projects in both public and private sectors.