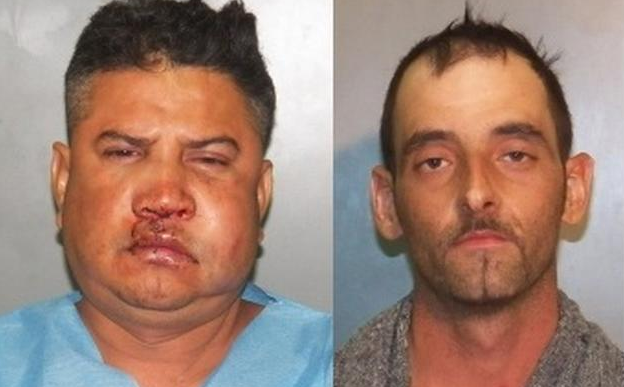 This post was received via CopBlock.org/Submit by someone concerned that a Morgan City, LA police employee targeted a man who sought to hold accountable a man who wronged his niece. This situation really underscores that justice comes not through a centralized bureaucracy of people who subsist on stolen money, but through commonsense.

A man pushed a 16yo females head nude the water and removed her bathing suit top. Dusty Rineheart, a relative of the victim, witnessed it and assaulted the man! He was arrested for battery and now may violate his probation for doing what ANY man should do.

The [Morgan City police] department says “Opinions may vary about what action the officer should have taken and whether or not Dusty Rineheart should be deemed a “Hero”. The Morgan City Police Department stands by its officer’s decision to affect an arrest on Mr. Rineheart based on the facts known and which were presented to them during the investigation. The Morgan City Police Department does not condone nor advocate retaliatory attacks or similar actions. We would support any individual who stand with us and comes to the aid of another in an effort to protect life and property, however this incident and battery occurred well after the initial attack. The resulting attack on the suspect, Cordova caused severe injuries and could have had the potential of becoming a fatal injury. The Morgan City Police Department is charged with the protection of the rights of all, including suspects in any case. The attack on the suspect, Cordova, hindered the initial investigation into the motive and reason behind the incident. Therefore, the arrest of both parties was made and the guilt or innocence of the suspects involved should be determined in a court of law, not by officers in the field who are there only to determine if probable cause exists for an arrest, or by social media and rumors when all the facts are not known.”