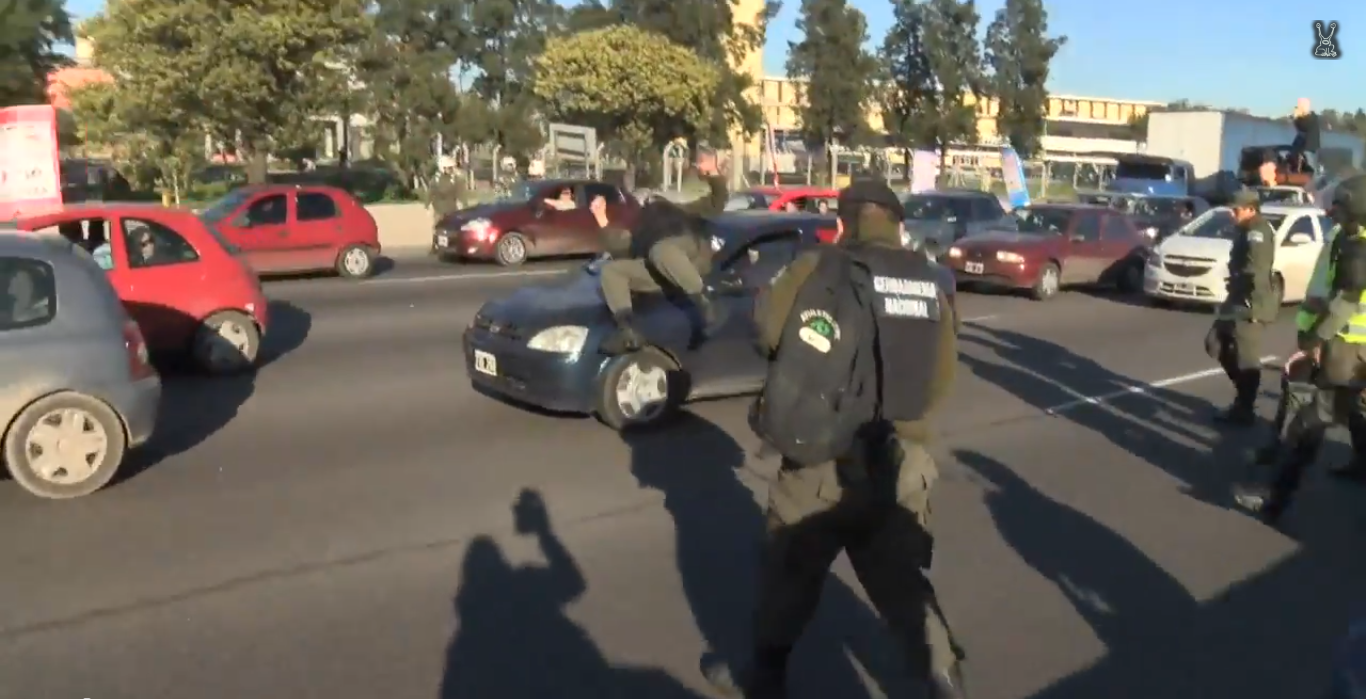 The content below was shared via CopBlock.org/Submit by Santiago Leiras, who wrote, “Here at the other side of the world we also suffer from state repression.” It is true, whathever geographical distance or arbitrary political boundaries, the same issues afflict people everyone based on the bad idea that says some people have a “legal” right to extort and rule others. Fortunately, that bad idea is being shed for better ideas, and people are uniting, not to find new “leaders” but in mutual respect, and governing themselves.

Here we can see Major Juan Lopez Toral, an officer of the Argentine Gendarmerie Security Force, during a protest held on 31st of July in Buenos Aires.

The union workers of LEAR Co. carried out the protest in cars on the main highway of the city driving at low speed when it was claimed that an unidentified protester “ran over” Major Lopez, which caused his gang to make threats and violently arrest the driver.

Later it was found that this operative was led by Roberto Angel Galeano (the blue coat gray-haired man), a former intelligence chief of the Argentine army during the last dictatorship regime and now hired by the city security department.

The protester now faces charges for minor injuries and offense against authority.