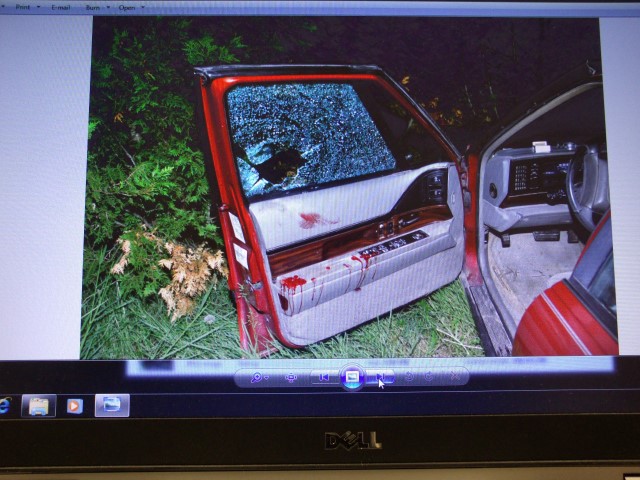 On June 2, 2014 a call was made to the Waukesha County dispatch center about a man with who had been “missing” approximately 2 hours. The family member we’ll call Jane  stated the man drinks a lot and was drinking that day. She stated he may be at his favorite bar or out at his 10 acre property in a rural area near Milwaukee. Waukesha County Sheriff’s Department showed up and shot the unarmed, sleeping or passed out man, in the arm. The Waukesha Police Department was called upon to clear this Deputy at all costs. They obliged.

Earlier that day, a man we’ll call Jon Doe had fallen at home. He went to the hospital and after approximately 3 hours of waiting he walked out apparently out of frustration over the long wait. He returned home and had been drinking according to Jane. At some point that afternoon he left the house in his vehicle for an unknown destination. She stated she was concerned, and after significant prodding by dispatch, stated in the past Jon had said “If he wants to drink himself to death, let him.” Time to ramp things up.

After speaking with several people who knew the area police found Jon about 50′ off the road in his parked vehicle at his tree farm. It was around 8:30pm and was still light out. Deputy Steven Lyles showed up with two other enforcers, one armed with an assault rifle. Bringing the assault rifle to the “welfare check” indicates  the mentality of the cops on scene.

I listened to the interview of Doe conducted by Detective Benitez of Waukesha PD. Doe was a credible blue collar guy who clearly wanted to get away from the nagging about him drinking and have some piece and quiet in the woods. He had a small bottle of vodka in the car with him and some masonry tools on the floor of his vehicle for his job. He had no guns and stated he was napping at the time of the shooting. He stated he heard nobody and didn’t hear the apparent 1 command by Lyles. All the car windows were closed at the time.

But the police have a different way of explaining what happened. Waukesha PD was chosen as the “investigators” of this shooting. Here’s their version:

Deputy Pawlak was on scene with Lyles toting the assault rifle which is likely 1 of the 120 plus a grenade launcher Waukesha County obtained through the military’s 1033 program. He stated immediately after Lyles first ordered the man out of the car he heard a “pop.” He stated he wasn’t sure if it was Lyles or the sleeping man who fired the shot. He stated he could only see Jon’s head from the right rear of Jon’s vehicle. Deputy Robakowski also did not know who fired the shot and also stated the shot was fired immediately after the command to get out of the car was given. Immediately after shooting Jon, Lyles is quoted as saying “What do you got, what do you got!”

Deputy Chief Dennis Angle, arguably the most dangerous cop in the county based on his de facto “Beat and Delete” dash cam policies, wraps up the package nicely for the DA to rubber stamp the shooting as “justified.” Angle refers to the time the man was sleeping as “conspicuously ignoring commands.” He also says Lyles claims Jon was “tracking his movements in the rear view and side mirrors of the car.” For good measure the term “1000 yard stare” was tossed in as icing on the cake. Of course the other 2 cops on scene saw non of this because it didn’t happen. Angle goes on and on about how since the cop thought he saw a gun he was okay to shoot. But there was no gun. So…since there was a masonry trowl on the passenger floor the vehicle, Angle goes on about it’s deadly possibilities as if it was the “weapon” Lyles claims to have seen.

I’m not going to go into how destructive this incident has likely been for the shooting victim or the caller (or us taxpayers.) Incidentally the caller refused to speak to cops for an interview and is on record telling them to stop calling her for a statement. The idea that simply on his word, a man who goes and checks on another man’s welfare and shoots him gets a pass is absurd. The guy shot an innocent person on his own land doing absolutely nothing illegal.

I don’t believe Deputy Steven Lyles deserves to be in jail. I don’t think a criminal prosecution would serve anyone. I do believe this is the wrong job for Lyles. I understand that he’s been trained, through his 9 years “on the force,” to view every single person and thing as a threat to his life. I’m sure that has something of a brainwashing effect and he was likely putting his own desire to “get home safe” above the reality that this was just a guy taking a nap. That shouldn’t be the standard. This could have easily have become a case of contagious fire set off by a skiddish cop who has proven he has no business in this line of work.