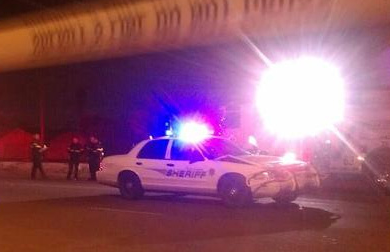 The information below was shared by Jimmy Allen using the form at CopBlock.org/Submit. It documents a person who killed two others who was not held accountable because he donned a badge.

In late 2011 John Swearengin, traveling at almost twice the posted speed limit, hit and killed two pedestrians when in Kern County, California. The California Highway Patrol did an investigation, and concluded:

Based on the investigation, it is the determination of the California Highway Patrol, Party 1 (Swearengin) violated California Penal Code Section 192(c) (1), vehicular manslaughter with gross negligence.

Swearengin was determined to be the primary cause of this collision. He showed “gross negligence” at the time of the collision, based on the following:

Yet did those facts even make a difference?

Not in legaland. You see, Swearingen wears a badge with “Kern County Sheriff’s Department” insignia.

His trial – which started in July of 2014 – over two and a half years after the incident, ended recently with him pleading down to community service. He still retains his job at the Kern County Sheriff’s Department.

Our condolences go out to the families of Daniel Hiler and Crystal Jolley.

The same situation – a person not held responsible for killing other motorists because he wore a badge – unfolded recently in Erie, PA. That’s not surprising, since the legaland system, like police employees, subsist on theft and seek to protect their own. That double standard will continue so long as the perception of legitimacy is granted to those actors and institutions. Have you pulled the curtain back?